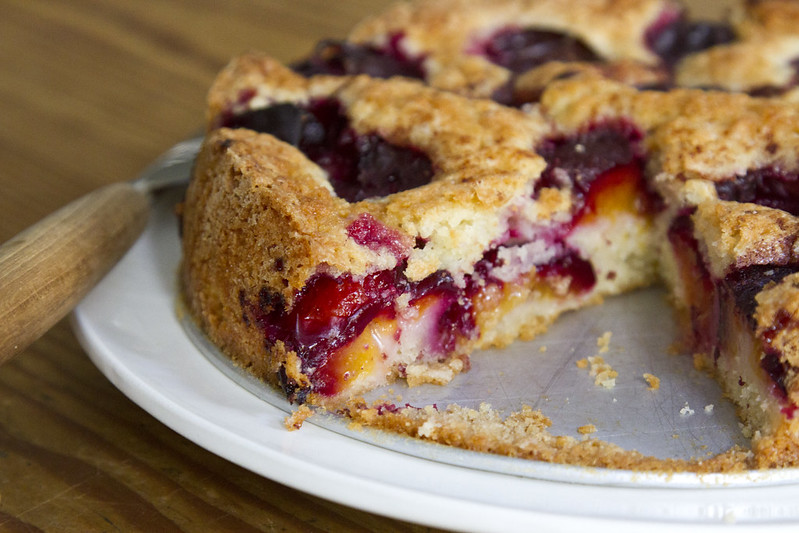 September means plums and finally being able to turn your oven on. Except of course that this September has been all kinds of ungodly hot and so turning the oven up to 350° feels like a bit of a stretch even as we inch toward the middle of the month. But a plum dessert needed to be made and sooner rather than later, and so turn on the oven in my oven of an apartment, I did. 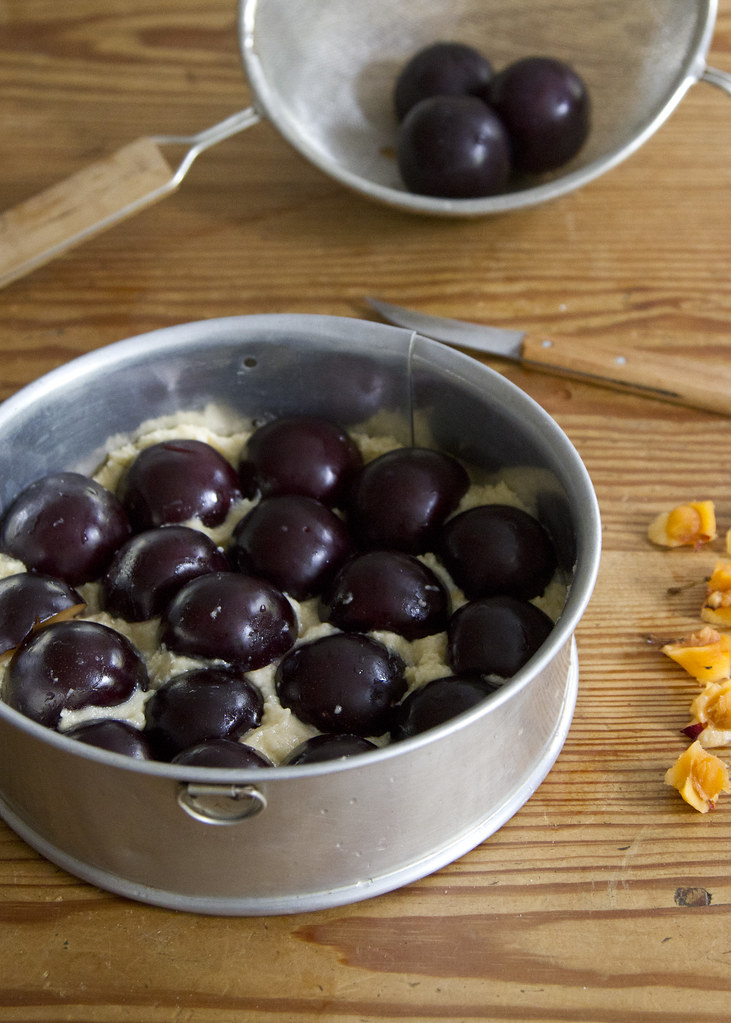 Marion Burros’s storied plum torte recipe was printed in the New York Times every September for years without end and with very good reason. It’s a masterpiece of tart and sweet and rich, cakey goodness. The plums get all melty with the baking and eating a slice the morning after baking is not only a delicious way to start your day, it’s practically a requirement.  The recipe itself demands little, but it does call for a springform pan, which may or may not be a thing you have. 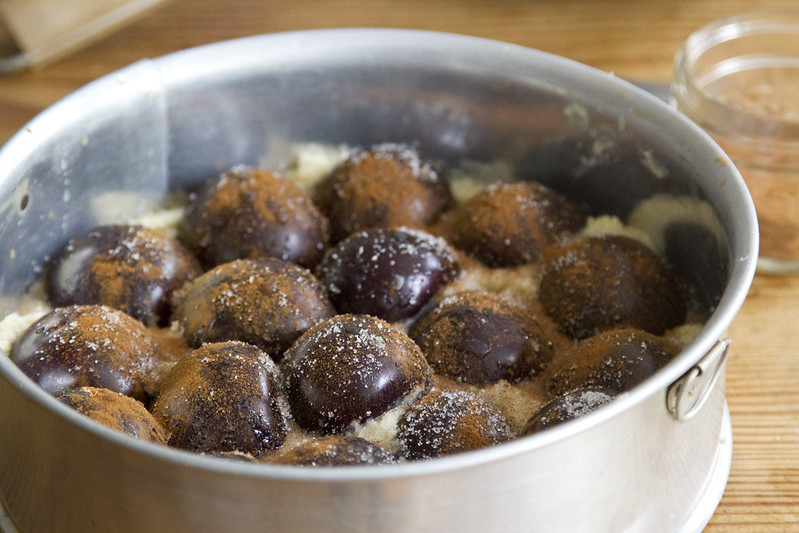 We came into our own springform only recently. After 92 years as a New Yorker, my cousin Mildred packed up her Manhattan apartment this winter, and headed for the hills, otherwise known as the town that I grew up in, where my parents still live. As Mildred packed her worldly belongings, she made small piles of things that she thought we might like: newspaper clippings on sea turtles and other subjects of interest, one of the two or three books she decided she wouldn’t box up and take with her, and a pair of pinking shears. The springform pan was reserved specially for James. 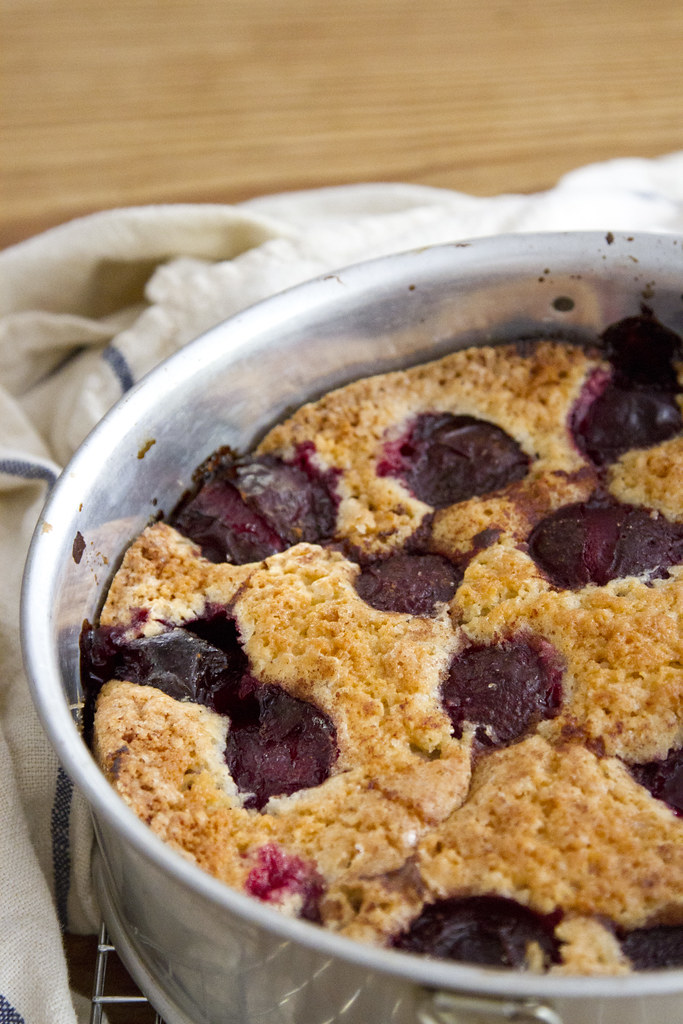 Mildred had it wrapped up in that special style particular to women of her generation—tiny parcels made from doubling then tripling plastic grocery bags. Hers, always, from the Associated Supermarket on 14th Street between First and Avenue A. 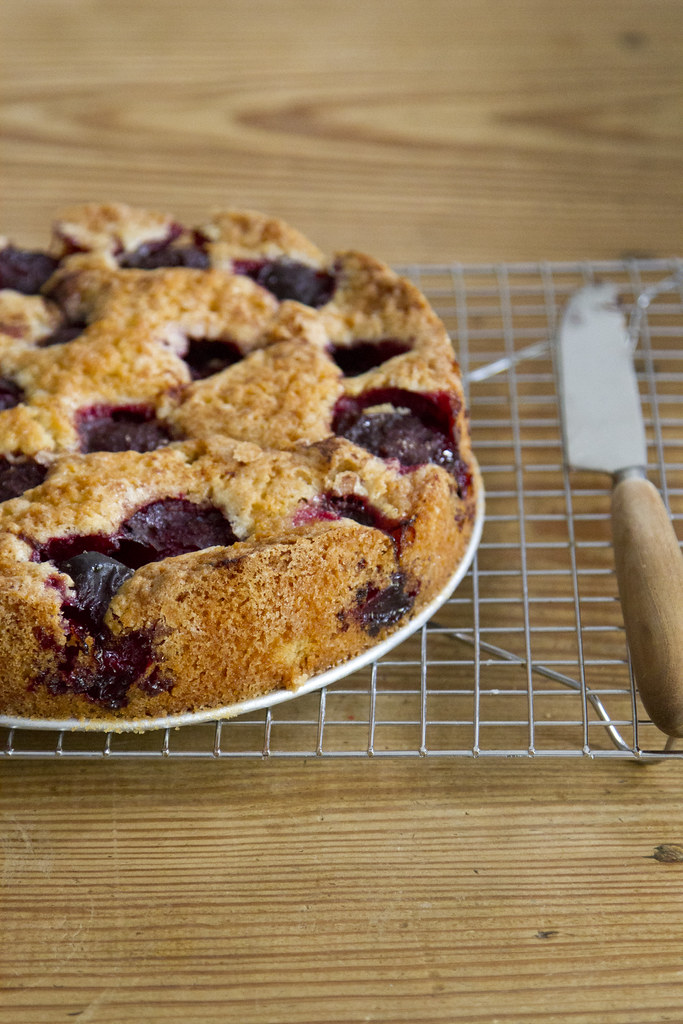 I’m not quite sure what her opinion on plums or torte might be, but I’m thinking of this torte as a little tribute to the decades Mildred spent in this city anyway. Like the recipe that appeared in New York paper September after September, Mildred was a constant in this place too. She spent nearly a century in this city and for half of that she watched the light shift across the same apartment walls with each passing season. In a city where sky-high-and-climbing rents seem to be constantly chasing people we know from one apartment to the next and right on out, Mildred’s stick-to-itiveness itself feels like a vestiage of another time. 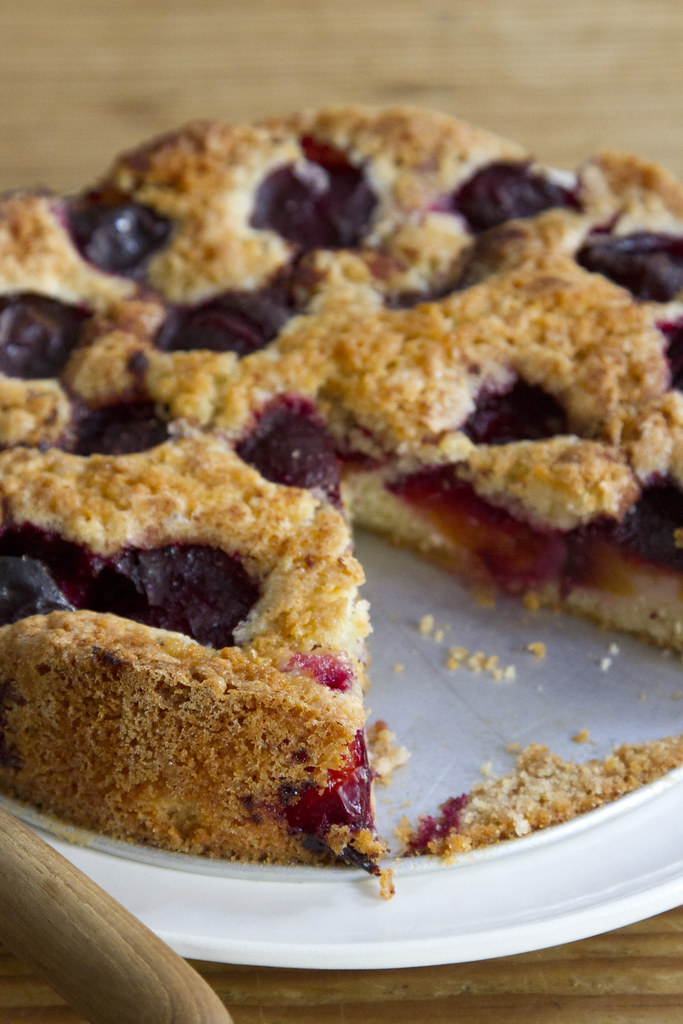 I don’t imagine that New York City will be a place that James and I and our tiny family will be able to stay for a century, but I do hope that in September there will always be plums and in our cabinets a well-loved springform pan for turning them into everyday magic. 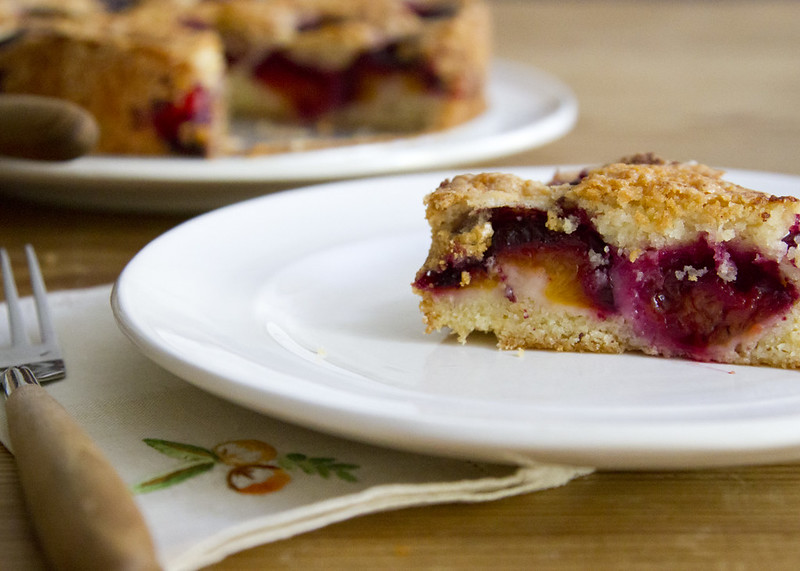 *This number will depend on size of plums and pan! I managed to only fit 9 plums—18 halves—into my pan. My springform pan is 10 inches in diameter, but the original recipe suggests that you can use an 8-, 9-, or 10-inch pan without needing to alter the quanities!

1. Preheat oven to 350 degrees
2. Cream the sugar and butter in a bowl. Add flour, baking powder, salt, and eggs and beat well. (I used our stand mixer for these steps.)
3. Spoon the batter into your springform pan. Place the plums skin side up on top of the batter. Sprinkle with lemon juice, sugar, and cinnamon according to taste. (I positively did not measure any of these ingredients, but I’d guess I used a half teaspoon or so of cinnamon and sugar and a teaspoon or two of lemon juice.)
4. Bake for about an hour. Remove from the oven and allow to cool before serving. Even better if you serve on day two, but zero guarantees it’ll last that long.

And if you still have a hankering, more plums. 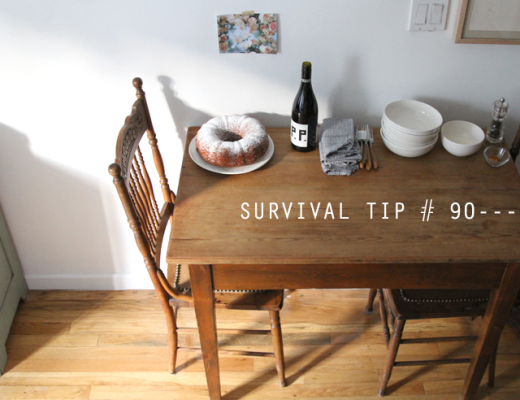 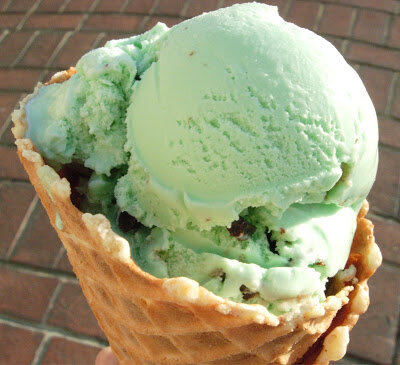 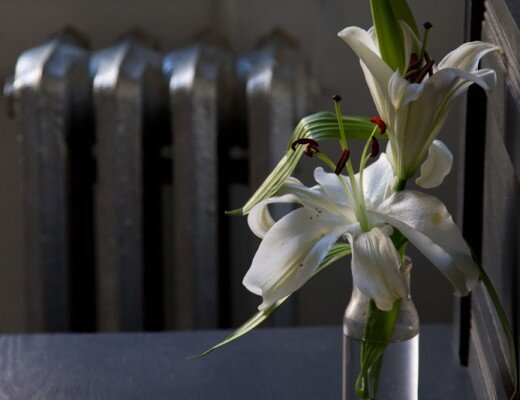