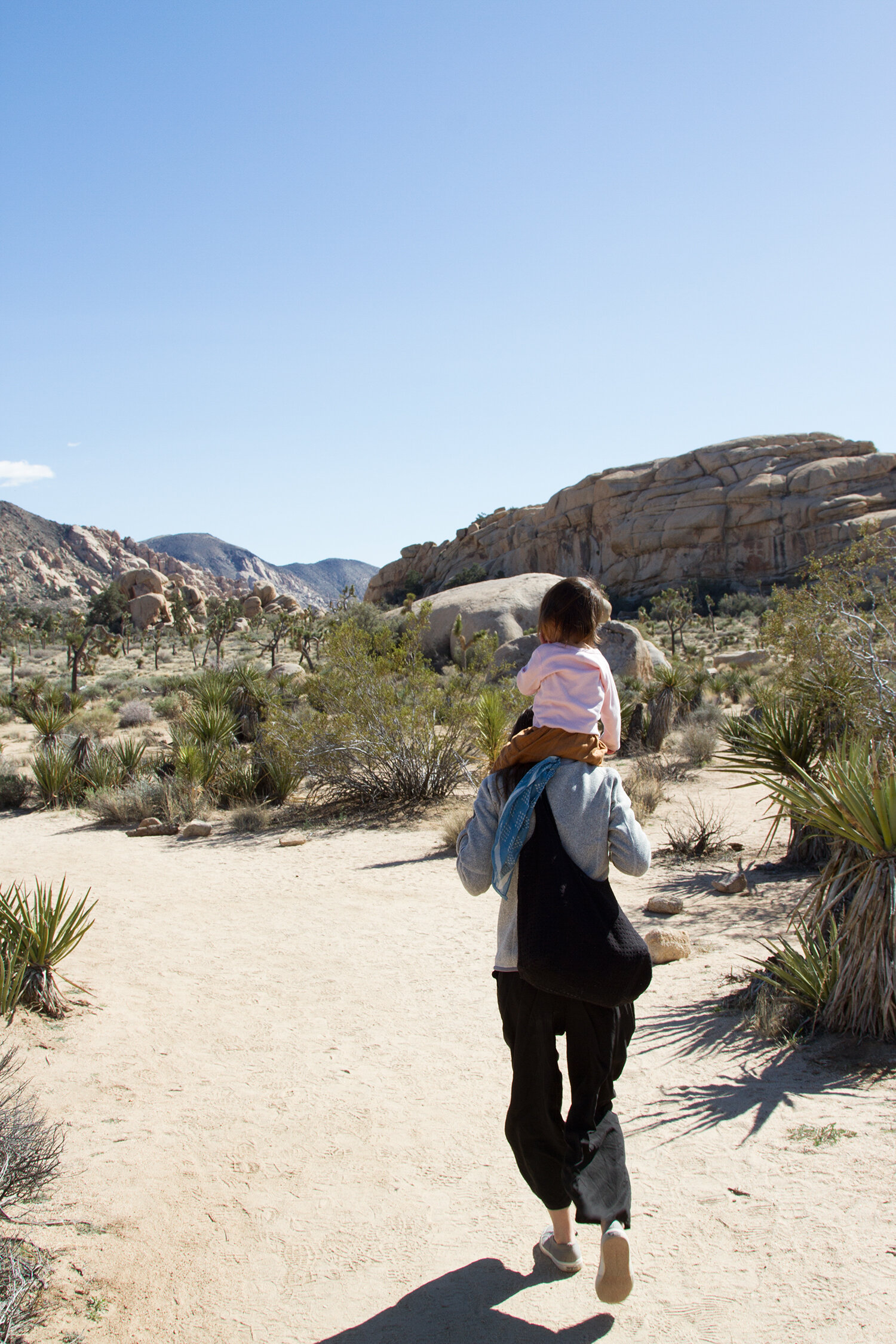 I’m a mother, but more importantly, I’m a parent. And I think sometimes we forget to talk about parenthood.

If you’re into shaking up the way we talk about motherhood and fatherhood and parenthood, read on. If you’d rather a daily dose of roses, I don’t blame you. Here’s a lot of that.

To be clear: I don’t think it’s wrong to talk about motherhood. And the topic of balancing work and motherhood? I could talk about it forever. I wish people talked about it more. I just really wish that the conversation more often included both parents. I wish we didn’t still live in a culture that expects certain roles for women and men when those roles are so often fluid. Everyone’s motherhood looks a little different and everyone’s fatherhood looks a little different. But I think that motherhood and fatherhood don’t have to look so very different from each other.

I guess what I’m trying to get at—and it feels practically sacrilege to say it—is that I don’t feel like my role as mother is significantly different from James’s role as father. We’re Faye’s parents. We’re here to nourish and teach and protect and buoy her. There are things that I’ve done that biology and circumstance mean that James hasn’t done. And yes, I treasure those things: Carrying my child, giving birth to her, nursing her for twenty blissful (and very long) months. But they are also almost besides the point. We all know that biology doesn’t make a mother anyway.

Some of the ways that our parenthood looks similar is deliberate. We’ve made choices that mean that James does things that fathers don’t always do: He woke up with me for almost every single nighttime feeding of her infancy, so that even in those early days I didn’t feel like I was in it by myself. James takes Faye to most of her doctor’s appointments. I put her to sleep at night for the first half of her little life; he’s put her to sleep at night for the second half. Nine mornings out of ten, James wakes up with her in the morning and makes her breakfast. (I watch Faye slurping up oatmeal from my perch in bed; perk number #1838 of life in a tiny apartment.) Once James is off to work, I take Faye to the park. We’ve divvied responsibilities up as well as we can. I signed us up for birth classes. James found Faye a pediatrician (and then another). But more than any of these particulars, the real point is this: James is as adept a parent as I am in nearly every single way and I’m as adept a parent as he is in nearly every single way.

My experience has been that of a working mother with a husband who also works, and so my view is necessarily limited to what I’ve lived. But whether or not both parents work full-time, I think equality parenting, to coin a phrase, is possible. It just takes some reframing of responsibilities, some challenging of the status quo, some imagining of a different way of doing things and talking about things.

A few examples of things that could use a shake-up: When people ask me what I do for a living—after I tell them—they often follow up the description of my work with their own addendum.  “And on top of that, you’re busy taking care of that baby.” Totally true. I know that this is meant to be kind. I’m sure that they mean to acknowledge the incredible hard work that it is to be a mother. They want to let me know that they’re aware of the sacrifice, the commitment, the heart-rending pain of preparing a child for the wide world when you just want to watch their chest rise and huff the crook of their tiny necks. I know that they mean to be supportive. But sometimes it also feels like a scolding; that the speaker thinks that by omitting my motherhood from my job description, that I’m denying my motherhood. No one follows up James’s job description with a friendly, “…And the whole fatherhood thing.” I wish they did. Because saying it only to me undermines my career. And not saying it to James undermines his parenthood. We’re both working really hard at this whole parenthood thing.

I’m grateful when people acknowledge that I’m a hard-working mom. But in surprising ways I encounter people using my motherhood as an excuse for me. They might preface an ask with the acknowledgement that I’m a busy mother. Or excuse a little tardiness for the same reason, even if I haven’t used the excuse myself. It seems kind on the face of it, but I’m frustrated by the assumption that motherhood must necessarily impact my work but that it doesn’t also impact James’s work. Sure: Sometimes an email is delayed because Faye needs dinner now, not ten minutes from now. Sometimes I can’t be on a late phone call because I have a toddler who’s sleeping in the next room. But more often, Faye’s not the reason behind whatever it is that happened at all. When an email is late it’s usually because I had too many emails to respond to in a timely manner. Of course, these are examples of people extending kindnesses. The insinuation for many working mothers is that they’re failing at the dual challenges of career and motherhood. On the flip side: No one talks to James about the fine art of balancing his work and his fatherhood. No one congratulates his being a father in addition to pursuing a career. No one wonders if he feels guilty for working. The idea sounds almost preposterous. The absence of concern for a father’s ability to “do it all” comes from not expecting fathers to even try. I’d love if we could start to acknowledge that parents of all genders perform balancing acts. It would be amazing if we asked working fathers how they’re managing to balance their career and their family. It’d be amazing if no one ever asked James if he was going to “babysit” Faye, or gawk at his ability to change a diaper, or wipe Faye’s nose, or put her hair in an elastic. I’d feel so much better about someone letting me off the hook because of my motherhood if they extended the same generosity to James. But until we live in a world where he could invoke his “baby brain” without getting looked at funny, I don’t want to talk about mine.

Coupled with the idea that my motherhood impairs normal brain function is the idea that it’s all consuming. Babies are distracting as all hell. (Toes! Thighs! Giggles!) But my work gets done in spite of—and because—of this. My work gets done because bills need to be paid and careers need to progress and because despite the extreme deliciousness of baby toes, I like to work. And I need to work. I love baby toes and I love work. And James loves baby toes, too. Sometimes he texts me pictures of them smack-dab in the middle of the work day.

Perhaps the most frustrating example of inequality in the way we talk about parenting has to do with childcare. I’m asked on a regular basis what I do about childcare. I don’t mind the question. I’m really happy to spill the details. I love hearing how other people navigate childcare. It’s tricky! There are so many options! But James never ever gets asked this question and it makes me crazy. The implication is that he’s not much interested in the topic. And far worse: that his work is a sure thing, childcare or not, but that mine is dependent on specially procured childcare for me. The truth is that we’re in this together. I want to talk about parenthood because I’m in this for the teamwork. We don’t have childcare because I work, we have childcare because we both work. After Faye was born we looked long and hard at our resources and schedules and together we worked out a system that felt right for both of us. James asked for a change in his schedule that means he can go to work earlier and leave earlier to relieve our sitter and spend time with Faye. I start and end work later so I can do the morning hand-off and spend time with Faye. We both work more or less the same number of hours in a given week. I think lots of families with two working parents figure out this kind of system. And the more that fathers are able to request changes to accommodate their parenting, the more normal it could become. We’d start to see fewer mothers sacrificing their careers and fewer fathers sacrificing their parenthood. I guess my wish is that if we so choose it, more of us could lean into our parenthood and lean into our careers in equal measure.

My very greatest hope is that by the time Faye becomes a parent, some of this stuff will finally be sorted. I know it’s a tricky subject. There’s room for parenthood to look different in a million different ways and what works for us might not work for you. But I think that change begins at home. And I think that change begins with hashing out tricky things in public places. And so.

New York State just passed a law that when fully rolled out will provide parents (birthing mothers and otherwise) 12 weeks of paid family leave. It’s a massive step forward. I hope we keep moving in that direction. And in the meantime: I’m gonna try really hard to talk about my parenthood. 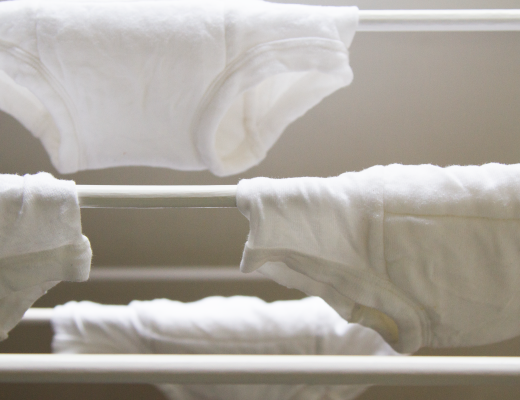 baby proof: win some, lose some. 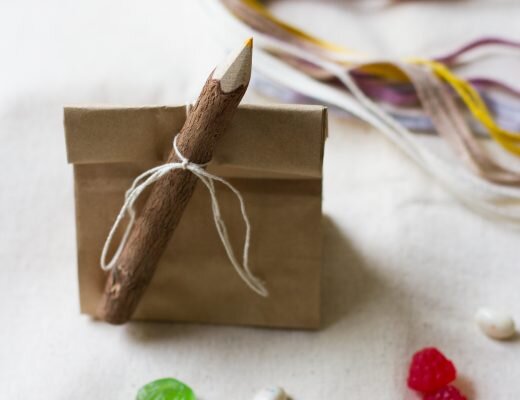 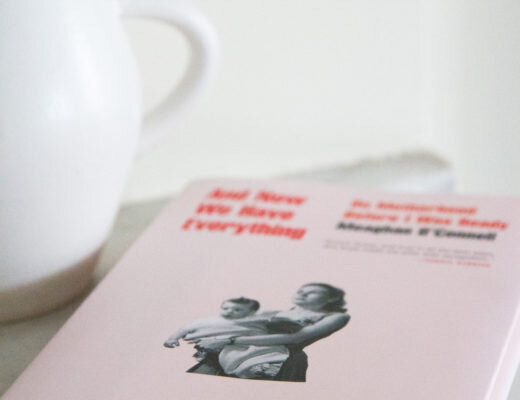 baby proof: what to read when you’re expecting, part II.