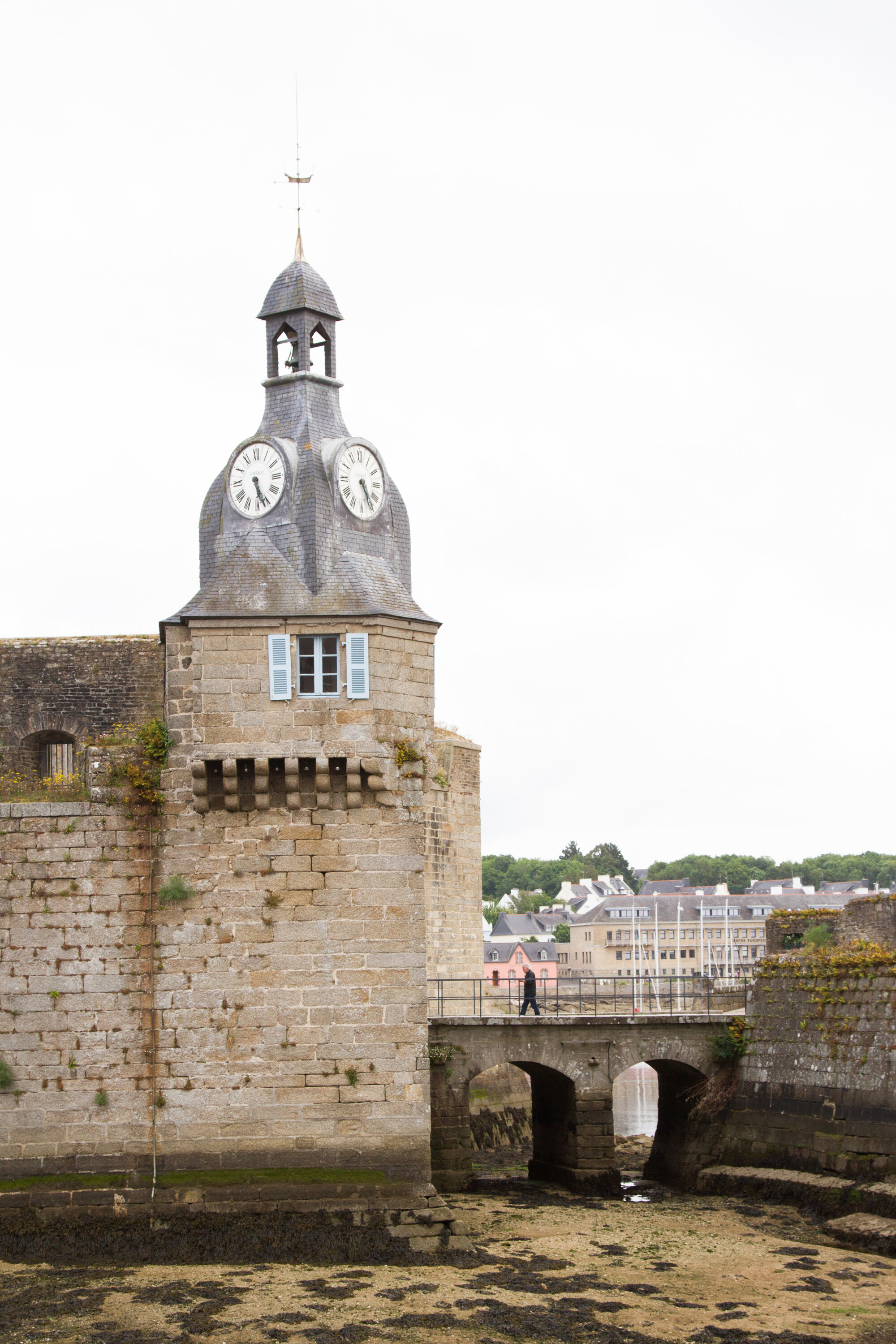 I’m not an expert of photography, but over the years I’ve developed a philosophy on picture-taking while on vacation that I thought might be helpful to share.

Over the course of a family vacation, it’s possible to take thousands upon thousands of photographs. And facing that kind of catalog upon your return home can be overwhelming. I’ve come back from many a trip away to find myself daunted by the sheer volume of photographs I’d taken. Upon sitting down to make selections that might end up in a photo album or in a blog post, I’d grow even more disheartened. There’d be hundreds of photographs that I couldn’t use because the lighting was awful or the subject matter boring, or the faces all a blur. For reasons unknown, I’d realize that I’d decided it was a good idea to press the shutter ten times in row in order to capture the nuance of a glass bottle sitting motionless on a shelf, but I’d snapped just one (terrible) shot of a group of a friends around a table.

Last year when we went to Maine, I made a concerted effort to change my approach a bit. Instead of lugging my camera with me everywhere we went, I brought it out only when I knew the lighting or the setting would be conducive to nice shots. I took many action photos of Faye, and fewer action photos of bottles. Heretical as it might seem, I didn’t try to capture everything that happened. There were whole days of our trip that aren’t documented in a single photograph. But the result of putting down the camera occasionally, and being a bit more mindful when I did pull it out, resulted in some of the nicest family vacation photographs that we have.

In case it’s helpful, I’ve compiled a few tips on making the photos that you do take count, and on resisting the urge to document every moment of the livelong day, lest you forget to actually enjoy your time away from home. 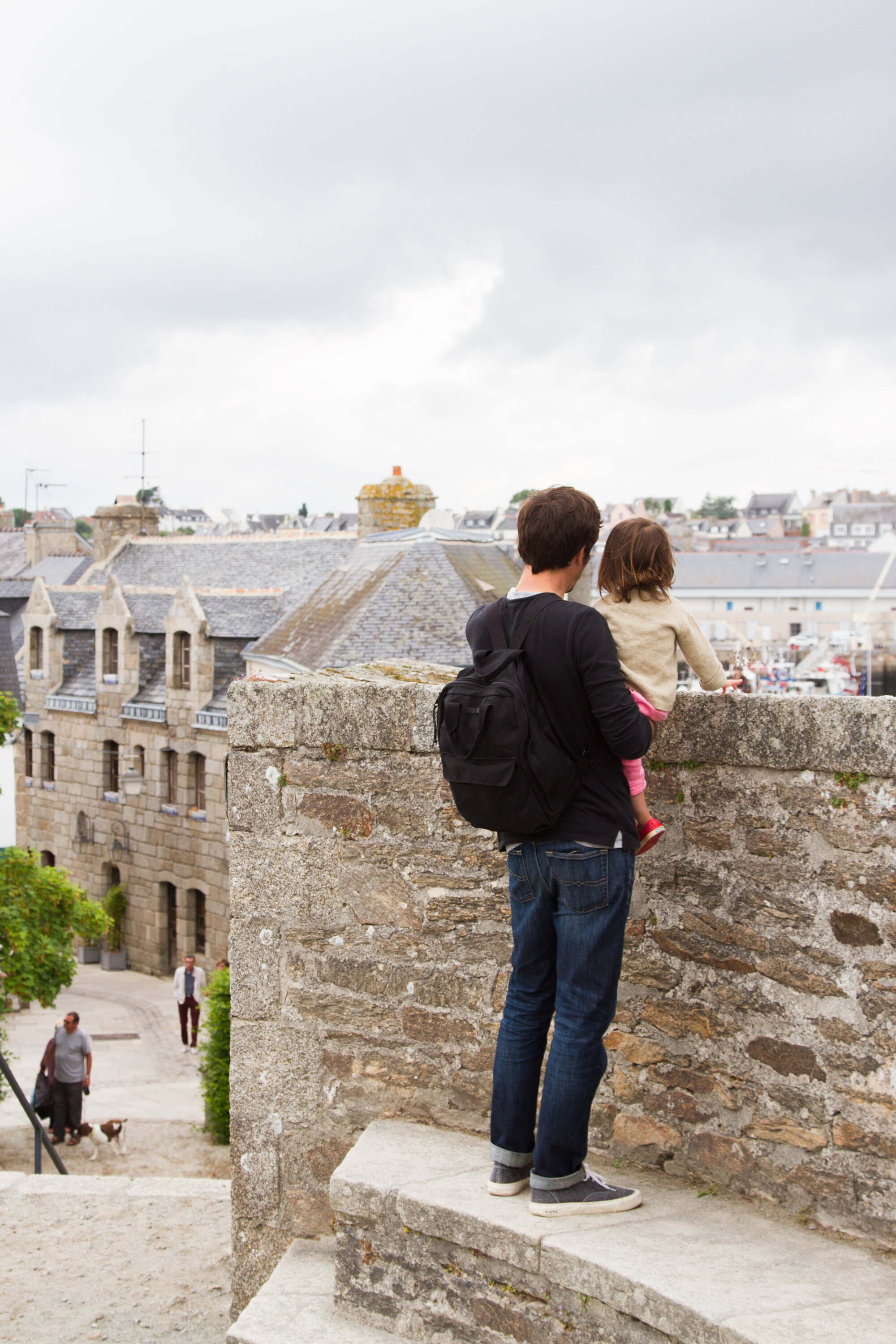 Embrace cloudy days: For picture-taking purposes, they’re bound to produce some of your best shots. On sunny days, embrace the sunshine without the camera. Turn your face to the sky, lounge on the beach, visit scenic overlooks with clear views and marvel at insane brilliance of the world. Pull your camera out on the overcast days when the light is evenly distributed and natural filter will help your photographs come to life. 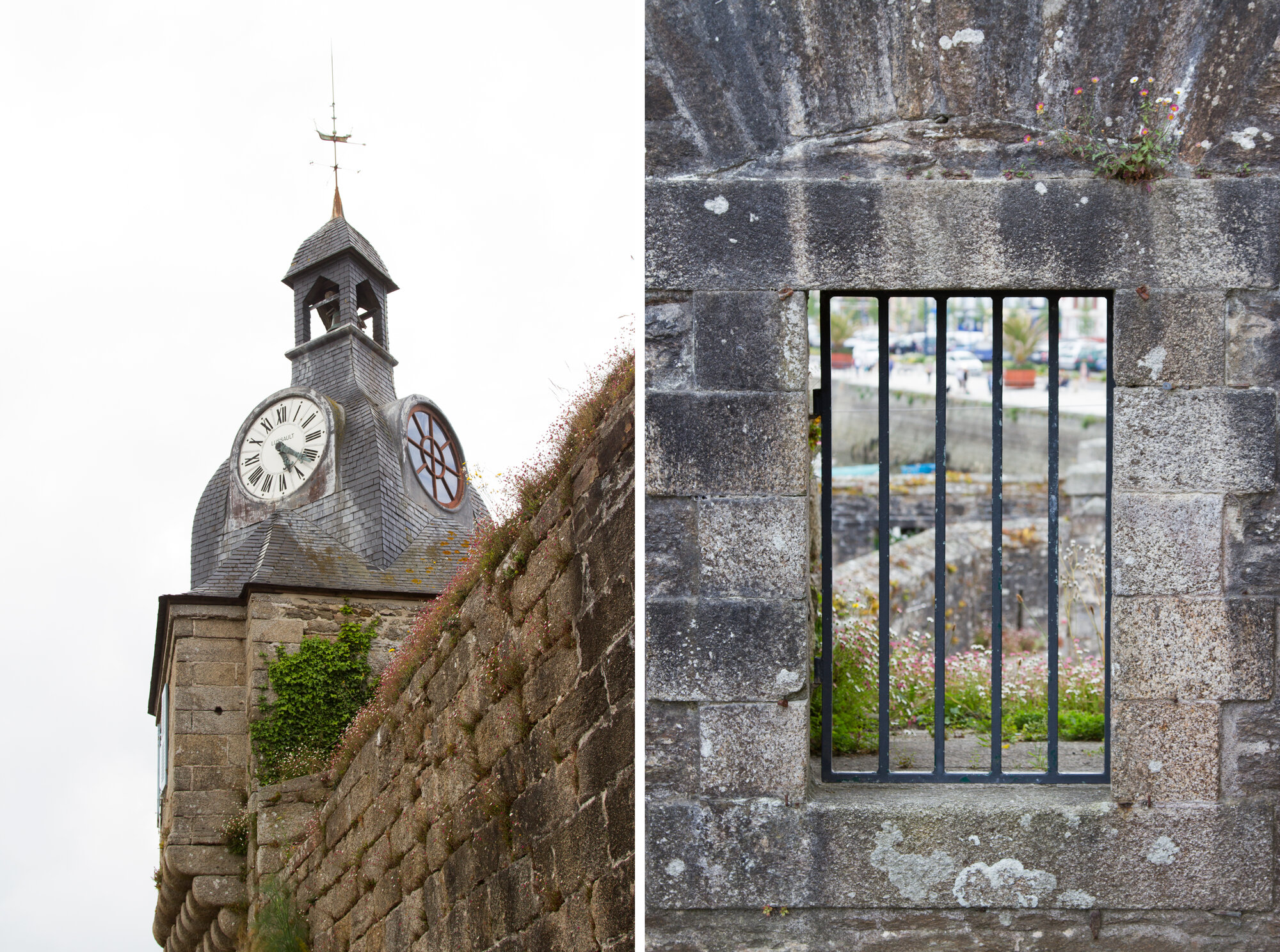 Stop lugging your camera around in the middle of the day. Related to the tip above, there are just some times of day that result in nicer photographs than others. Namely, the early morning and late-afternoon (or, depending on the latitude, the early evening). For the most part I don’t bring out my big camera during the middle of the day, even if it means missing out on photos from a spot we might not visit again. The shadows are so harsh under the noonday sun, but mostly I need a break from carrying a heavy camera. As much as I’m a sucker for documentary evidence of a good time, I don’t want to always be doing the documenting. I try to think of my picture-taking as gathering a collection of photographs that will trigger memories, give a sense of our time away, capture the particular moment in which we traveled, but not necessarily to serve as a blow-by-blow of our vacation. 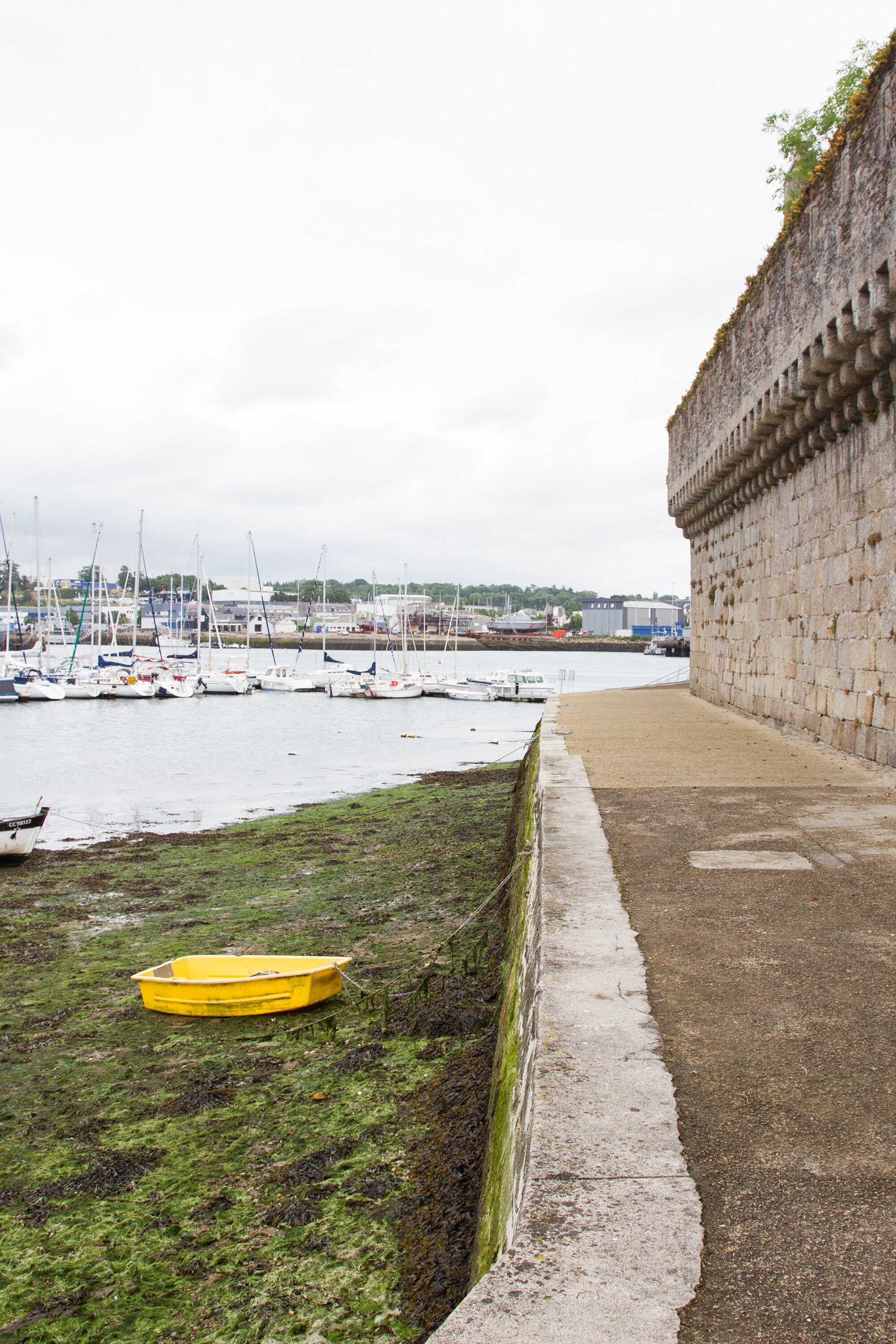 Follow the action: Rather than commandeer the situation for the sake of a photograph, I try to follow suit. If that means I have more photographs of Faye in the middle of walking away from me than toward me, I’m okay with that. (Metaphor for parenthood, etc.) No one wants a pained photo of forced family fun, and I’d prefer a sweet candid moment any day. These are also the moments when I up my shutter speed and take a quick succession of shots in hopes that one or two might turn out. 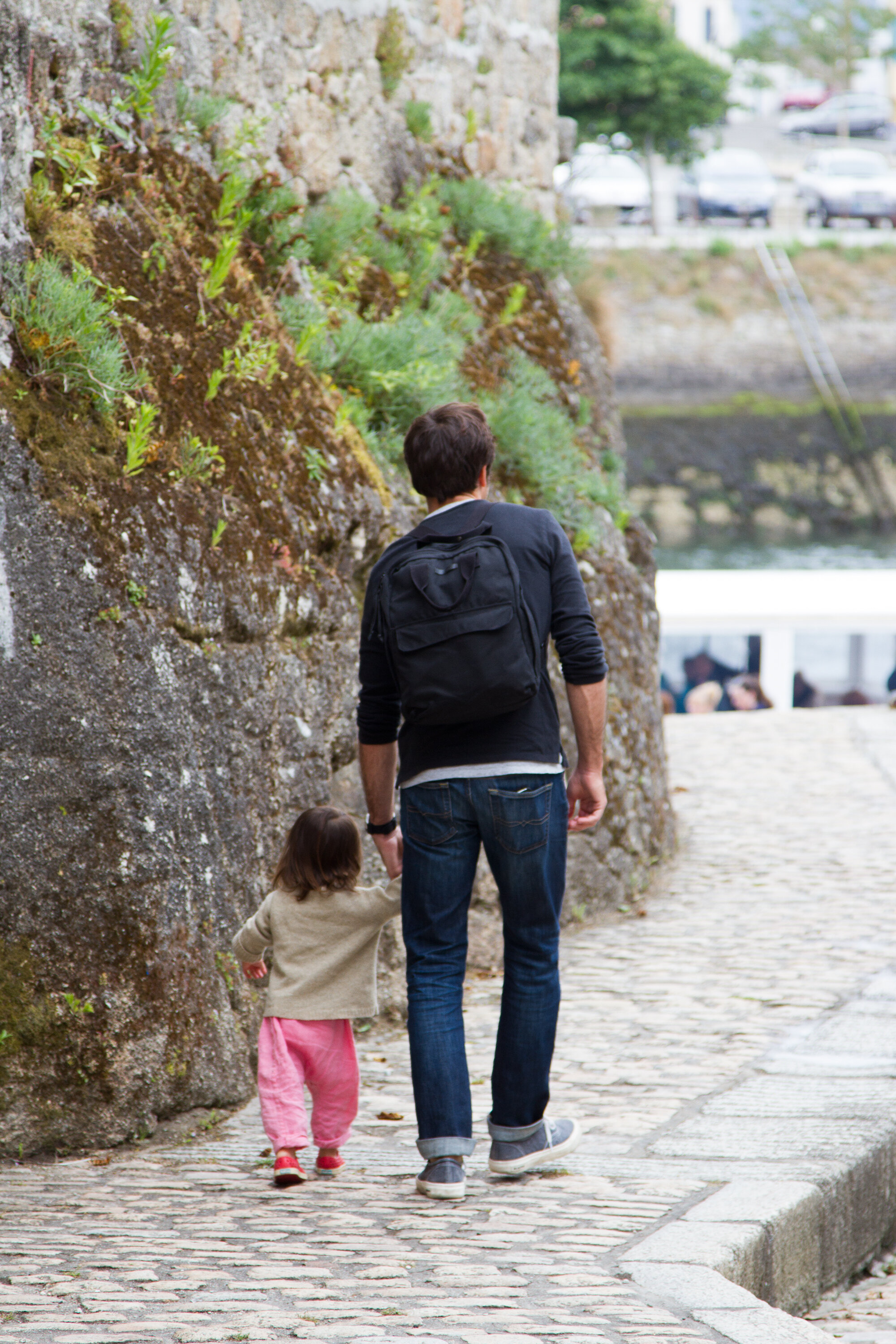 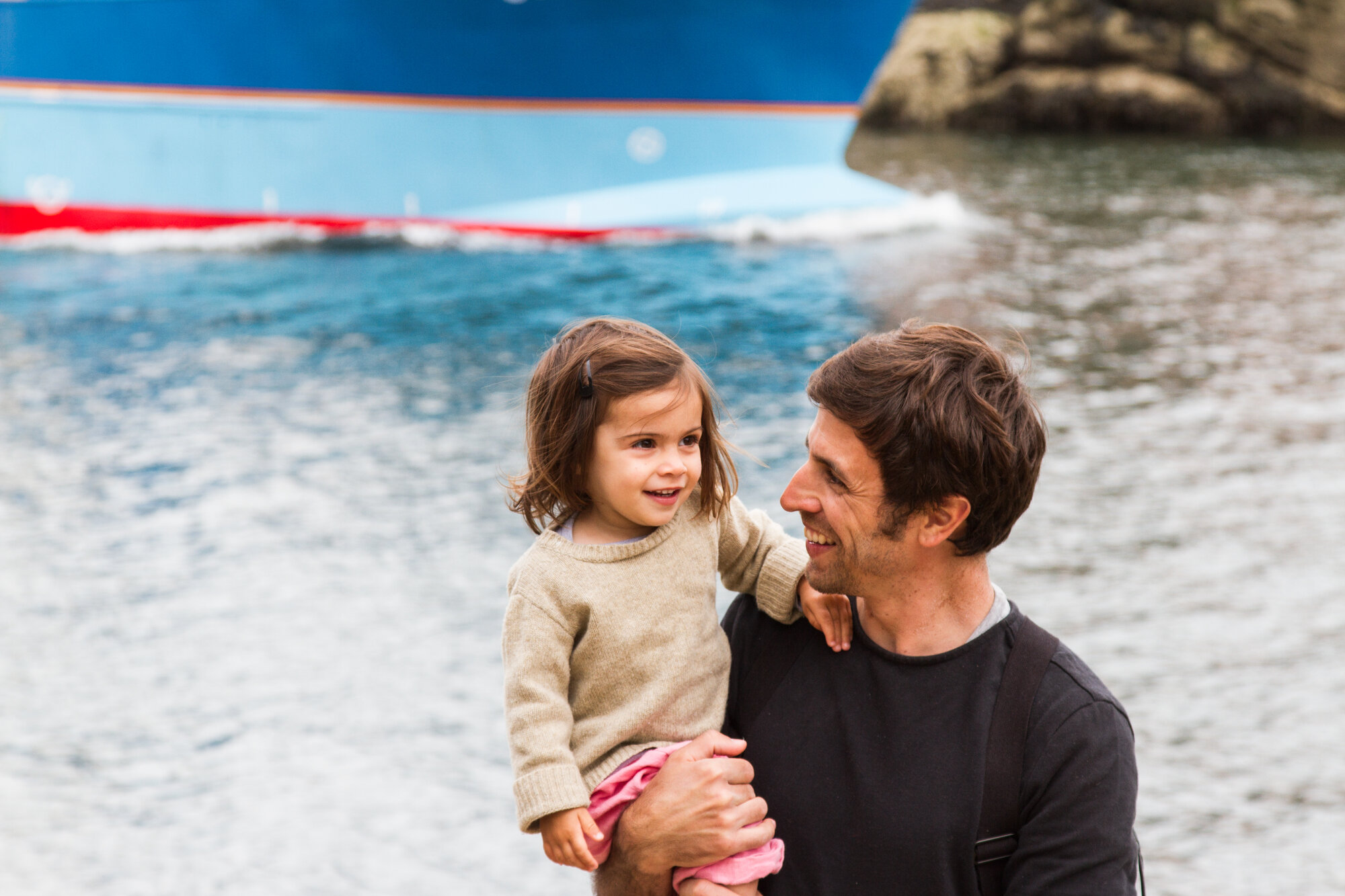 Find a side street: No shade to the hoi polloi, but sometimes it’s nice to have shots of a place minus the crowds. I love to walk on side streets and away from the throngs a bit to capture a quieter side of things without having to stand in the same place for ten minutes waiting for a stranger to walk out of the frame. 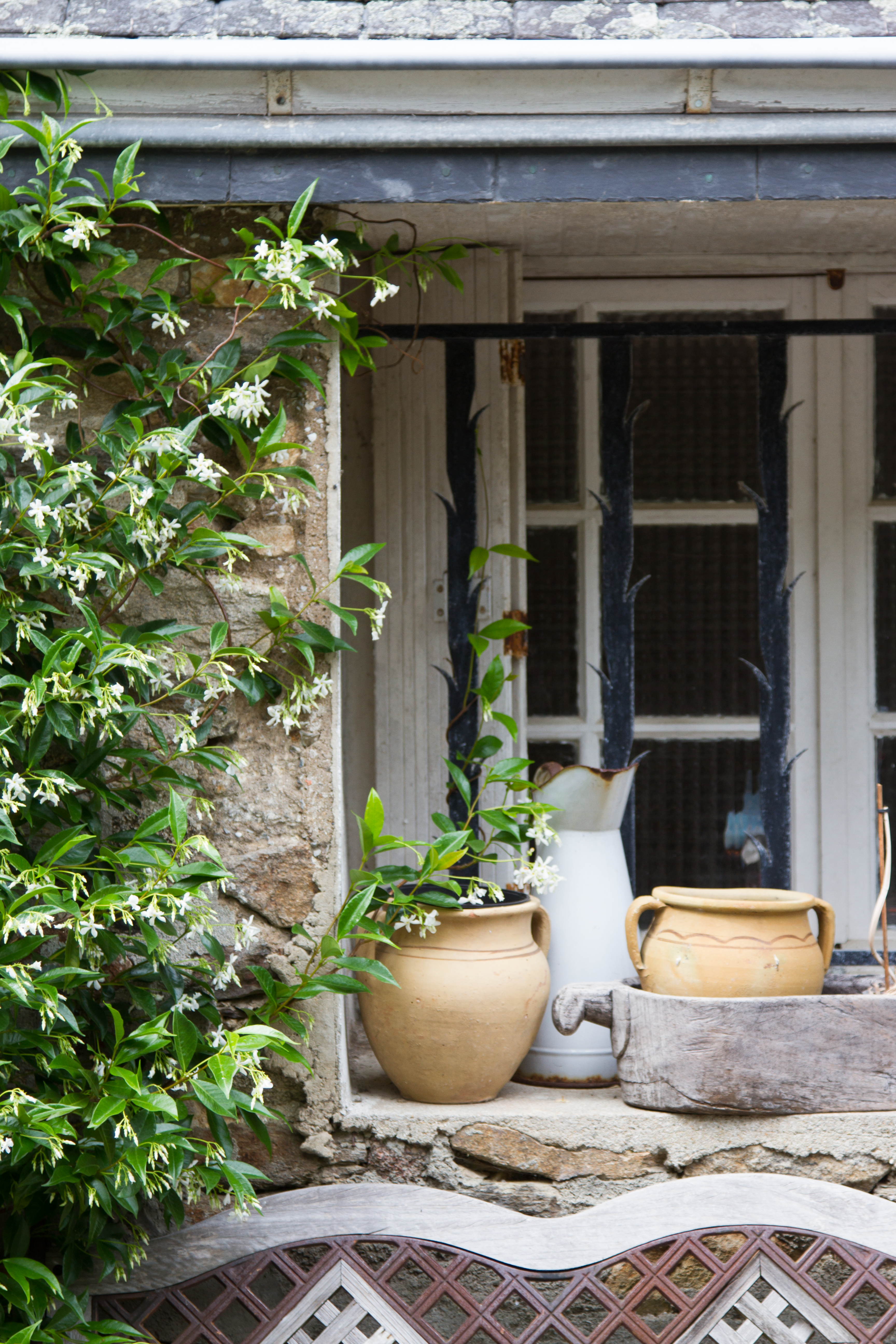 Hand the camera over to someone else: This post serves as evidence that this is something I’m still working on, but in general I try to make sure that I remember to hand the camera over the James so that I appear in a photograph or two myself. When there’s a friend or family around, switching the camera to automatic and handing her over is always worth it. 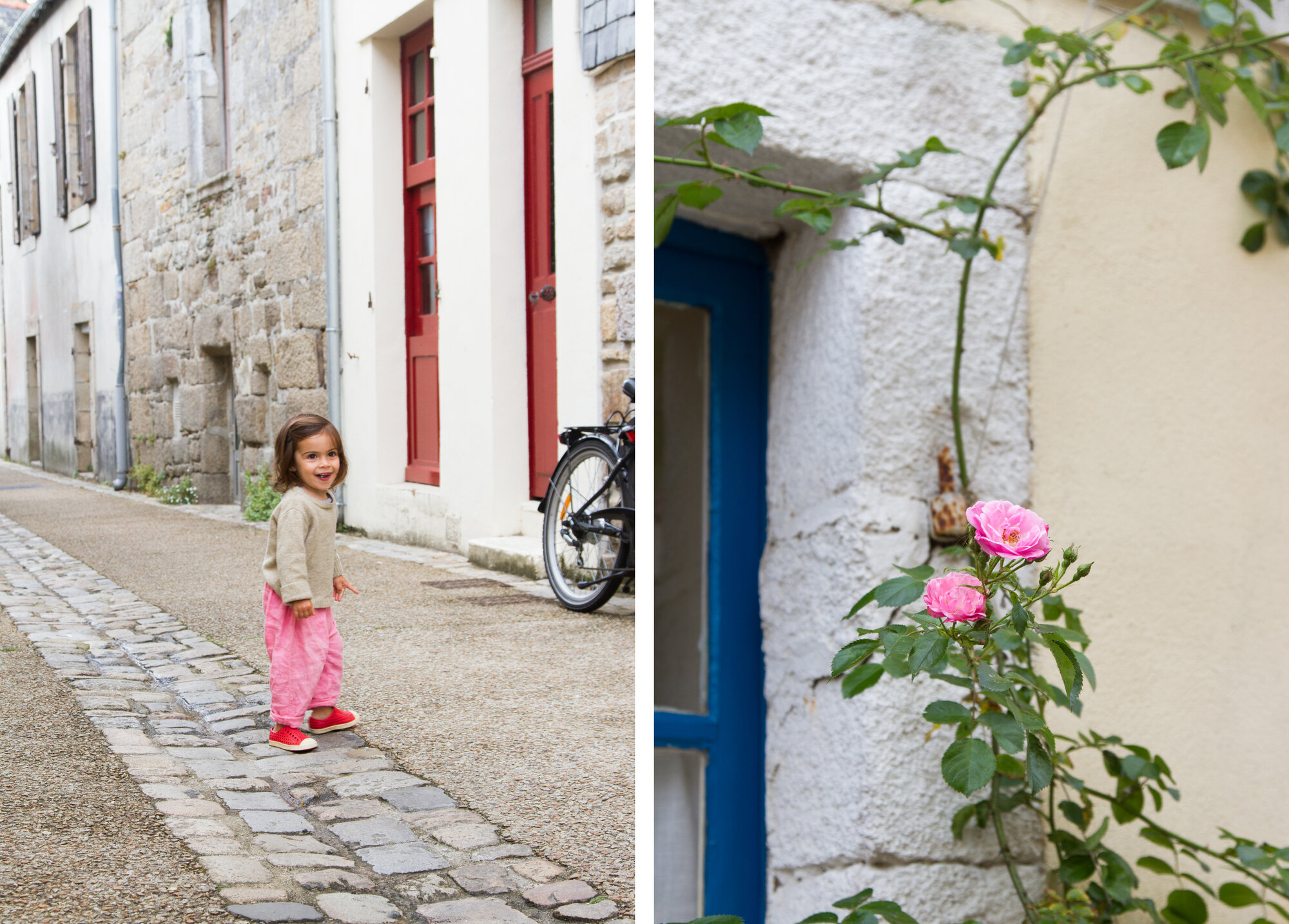 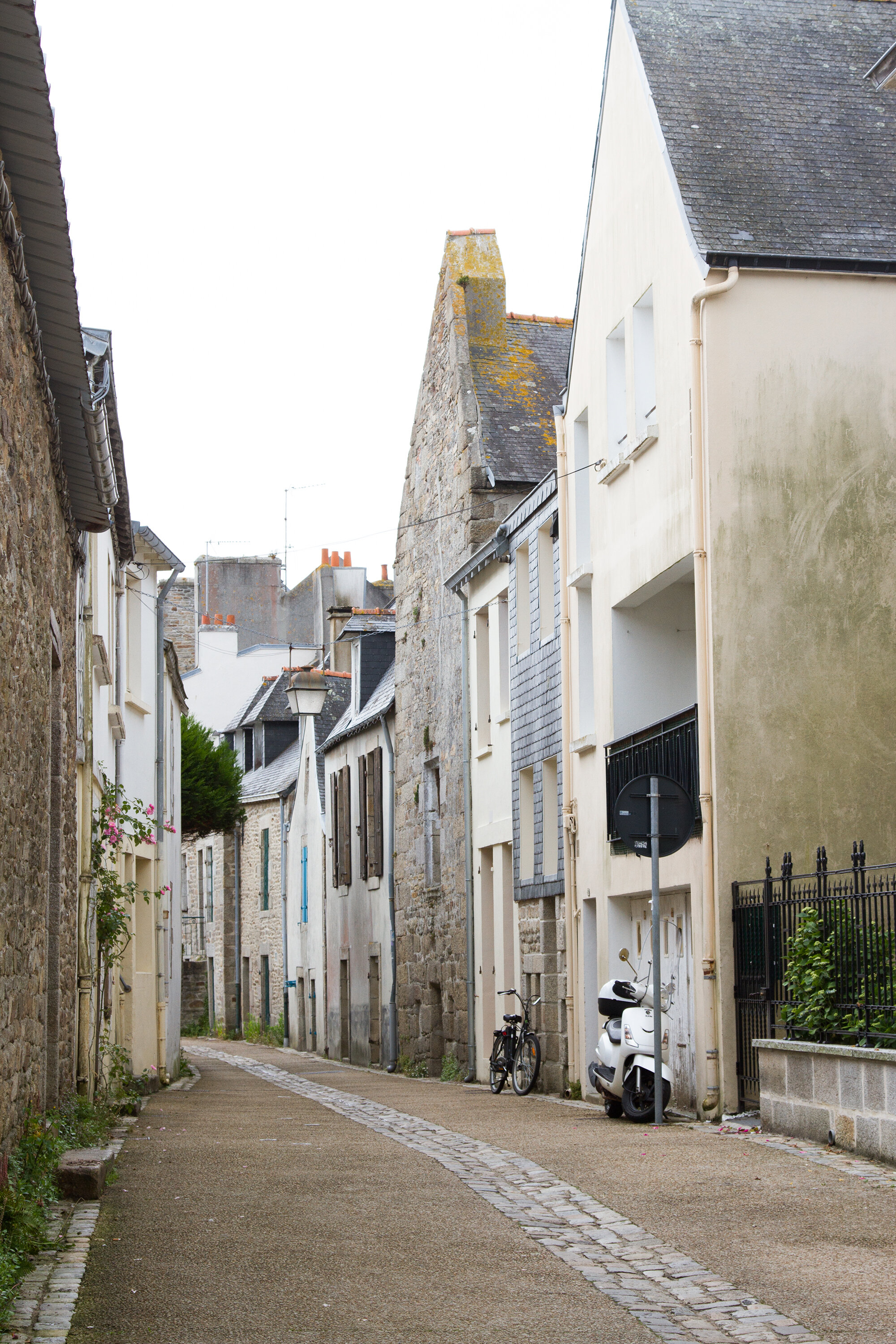 For the curious, a few more details:

+ I shoot with a Canon 7D. The exact camera isn’t still in production, but this one is similar and I mostly use this lens.

+ I use an ONA camera bag insert so I can tote my camera safely in whatever bag we happen to be using (for this trip, it’s been this one).

+ I typically do some minor editing in Photoshop after I take photographs (upping the contrast, altering the exposure, straightening things out) and so I always shoot in RAW so that I can make edits more easily.

+ Of course you don’t need professional equipment to capture lovely family photos—a phone and an editing app like VSCO can also do wonders.

+ I’m woefully behind on my own album making, but I’ve loved using Artifact Uprising to print photographs and compile albums in the past. 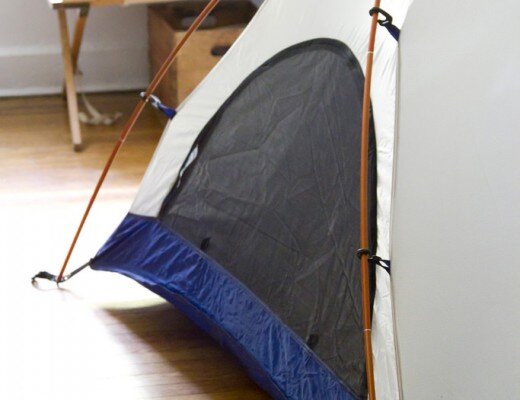 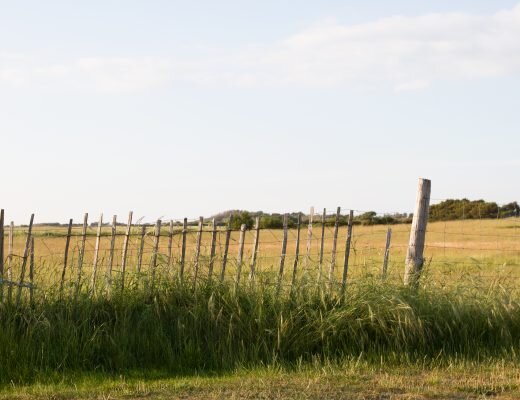 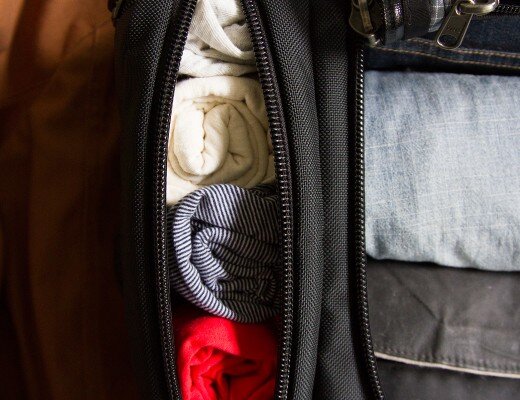 packing for a month away.