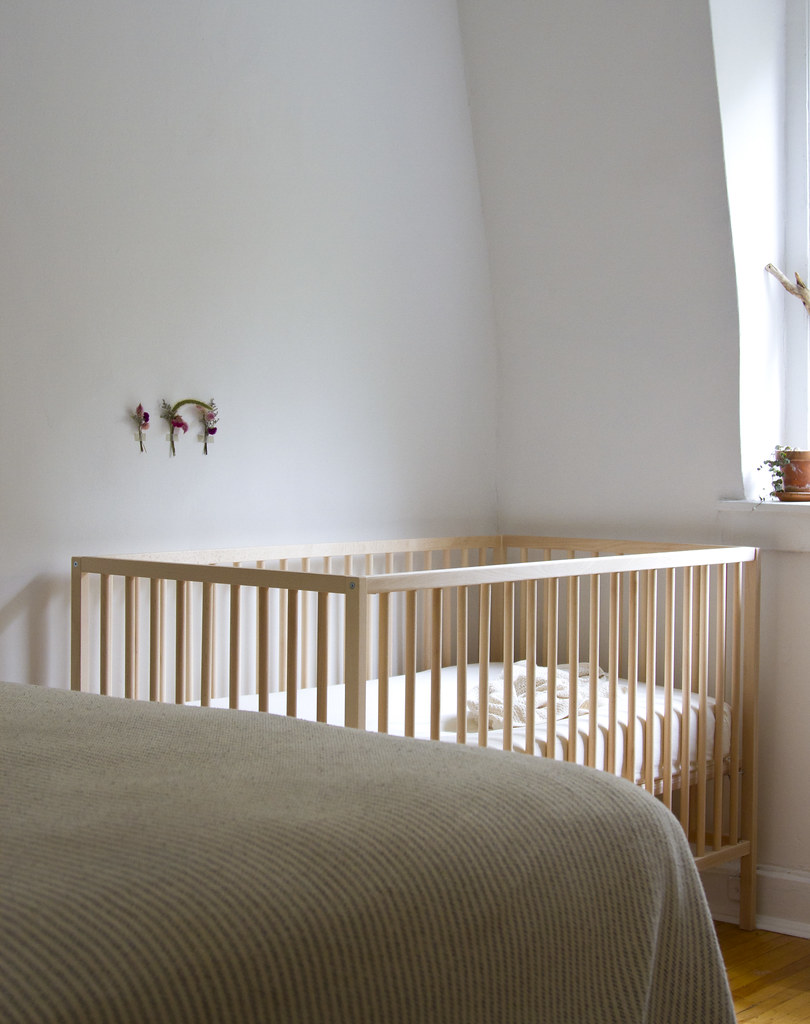 In parenting and tiny apartments, there’s no magic formula.

What works in our wee space might not translate to yours, but here’s a little run-down of the latest in the saga we’re calling two parents and a baby sleeping in a tiny apartment, just in case it’s helpful.

We’ve just passed the four month mark in our life with Faye. It’s all kind of shocking. Both that she’s still so tiny and that she’s grown so much. File that one away under boring things that new parents say and let’s move on to the real subject at hand, which is sleep. Specifically, who sleeps where. 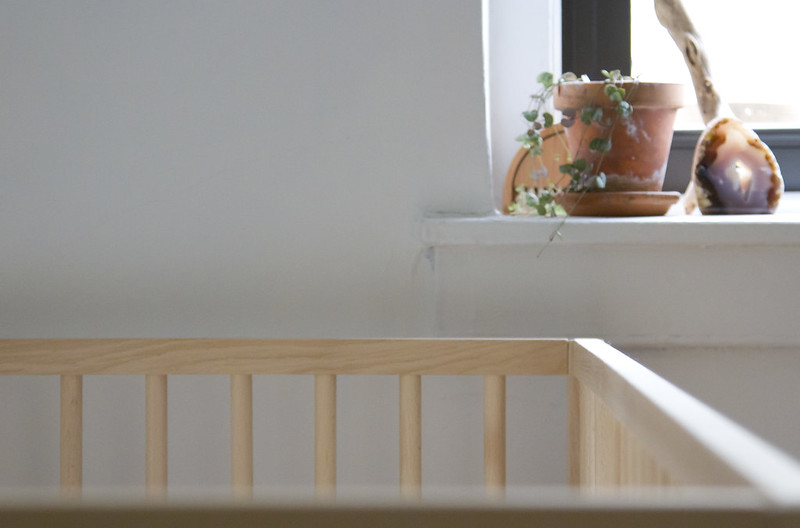 It might not bear repeating, but the little bug slumbers like an absolute champ. It’s likely nothing we’ve done. Or it’s everything we’ve done. Or it’s some combination of circumstance and chemistry and who knows how long it will all last anyway. After a weekend away when she slept in a borrowed crib, we discovered that the little bug could scoot and roll when given the freedom so we decided it was time to move the four-month-old bundle of spunk into a crib.

There was a lot to consider: mini-crib, full-sized crib, pop-up crib, hippie-dippie Montessori mattress on the floor? For us (and for most new parents) there were also personal finances, habits, square-footage, funky corners, radiators, sleep patterns, and the mercy of Craigslist and Thrift Store Gods to factor in. There was weighing what was in stock, and shipping costs, and access to a borrowed car, and whether something or other was made of materials that we felt comfortable with bringing into our home. Which brings us to what we settled on after not too much hemming and hawing: 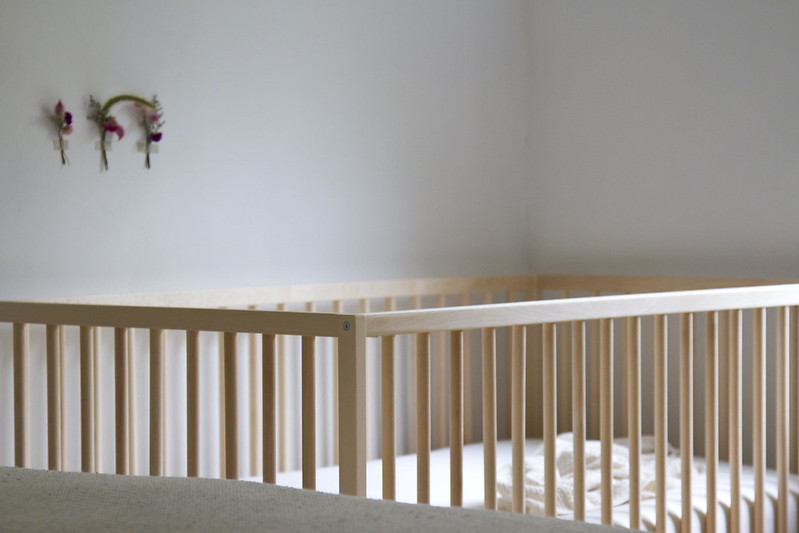 The Ikea Sniglar crib. It’s one of the most affordable cribs on the market and if you ask me, it’s one of the nicer looking. Its simple design complements our vintage furniture without competing with it. And I especially like the fact that it’s made of solid wood and doesn’t have anything in the way of paint or varnish. That being said, I’m not making claims that it’s the picture of FSC-certified sustainability, but it does comply with safety standards and all that jazz. After being carefully assembled by both parents (without so much as a squabble—go us!), we’re pretty satisfied that it’s a safe spot for Faye. And happily, the crib converts to a toddler bed, because let’s face it, Faye isn’t getting any smaller and this apartment isn’t getting any bigger, so we’re going to figure that all out at some stage. 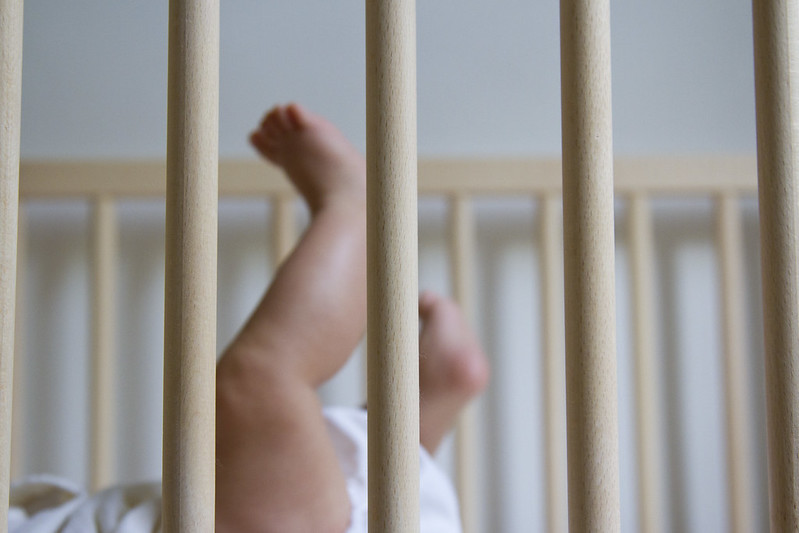 For a mattress, we tapped into the New York City sharing economy to find a good organic mattress at a price point that we could afford. We ended up finding a used Naturepedic mattress (this one) on Craigslist. It’s in pretty good condition, even though it’s made from cotton batting and polyethylene foam instead of cotton batting and coils like the model we’d hoped for (this one). We decided to take the plunge anyway and keep our eyes peeled for the mattress we really wanted. For the record, yes: we’re less skeeved out by our baby sleeping on a gently used mattress than her sleeping on polyurethene foam. We topped it off with a simple jersey crib sheet on recommendation from my sister who suffered through pilling and pulling from a few brands before landing on  that did the trick. (The jersey sheets we used with Faye are have been discontinued. We recently upgraded to these organic cotton sheets and this merino wool one*!) 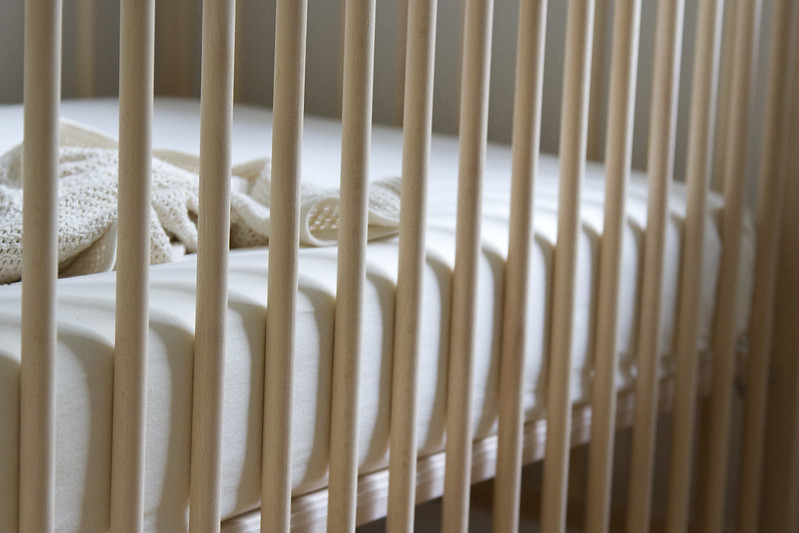 We’ve been swaddling Faye’s wriggly legs in her Fog Linen baby blanket at night to keep her settled, but now that she’s a full-on finger sucker, we’re letting her arms fly free. 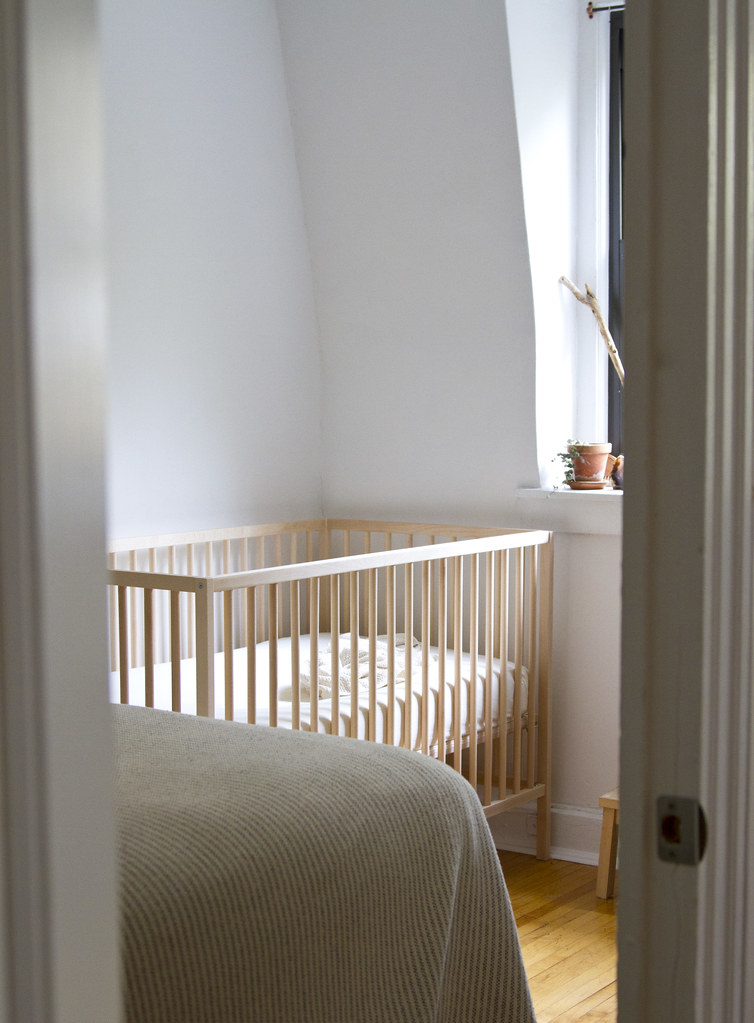 As you can see, the whole little package is tucked into the corner of our bedroom. Said another way, the crib takes up nearly every last inch of space in our bedroom, but, hey! we’re used to close quarters and having her sleep in our bedroom is working out pretty darn well for the time being.

PS. The links in this post were updated after the birth of Erin’s second child (January 2017).

*Our merino wool crib sheet was a gift from Chasing Windmills. 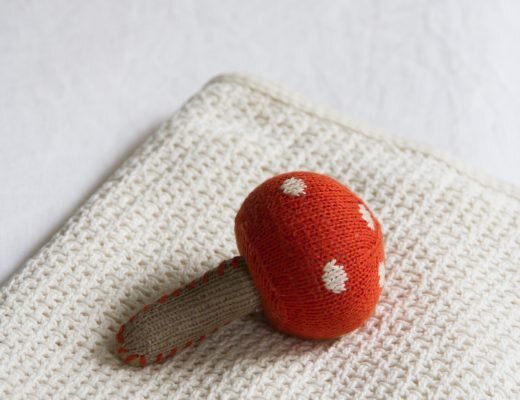 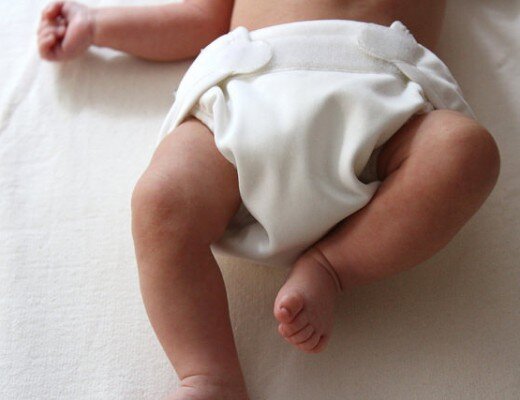 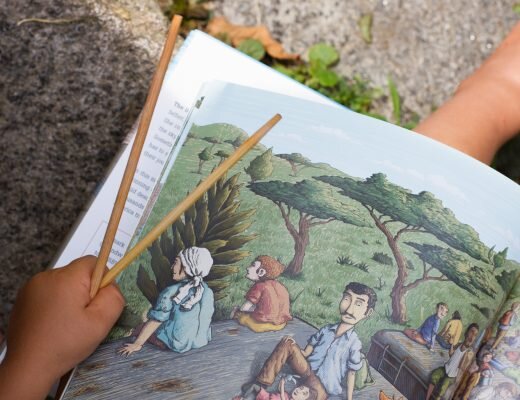