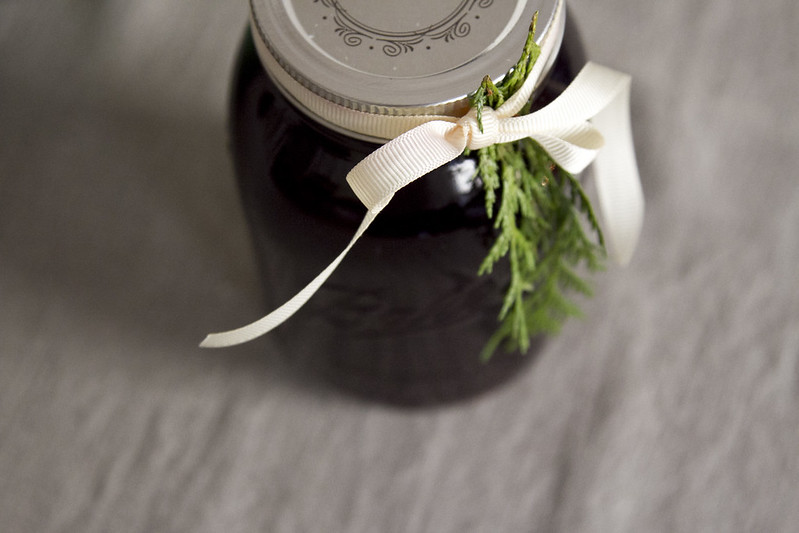 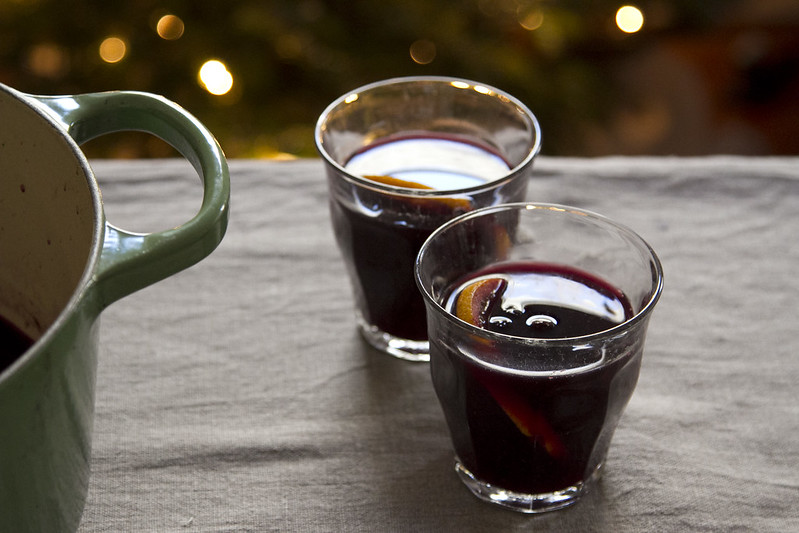 If you’re able, the best way to drink a glass of mulled wine is out of a paper cup at an outdoor Christmas market. Preferably there’s a chill in the air enough that you need something warming and there’s a hot pretzel stand nearby to help soak up some of the spiced spirits. If you do everything right you manage to dribble only a little bit of the wine onto your winter gloves and you avoid sloshing a merry-making neighbor with the entirety of your cup. But if more than that is spilled in the process, you’ll be forgiven because ’tis the season.

I had my first cup of mulled wine on this day, eight years ago. I was in Lyon for the Fête des Lumières, wandering around the streets of that crowded city, looking up at people’s windows where long tapers and petites bougies were left burning for passersby to see. (We’ll be burning candles in our windows tonight too.)

If you don’t find yourself in Lyon, or if wandering the streets ever so slightly buzzed is not your cup of tea, you can make a pot to enjoy at home (or swap apple cider for the wine, minus the honey).

Recipes for mulled wine abound. You can cut the alcohol with apple cider or orange juice, or add to it with hearty glug of brandy. You can add any of your favorite winter spices: cinnamon, cardamom, cloves, nutmeg, vanilla, even black pepper, if you’re feeling extra spicy. Depending on your wine, you might decide to sweeten it up a bit. I used honey, but regular old sugar works as well. The result is a drink that sweet and fragrant, and admittedly something of an acquired taste. (Worth the acquiring.) 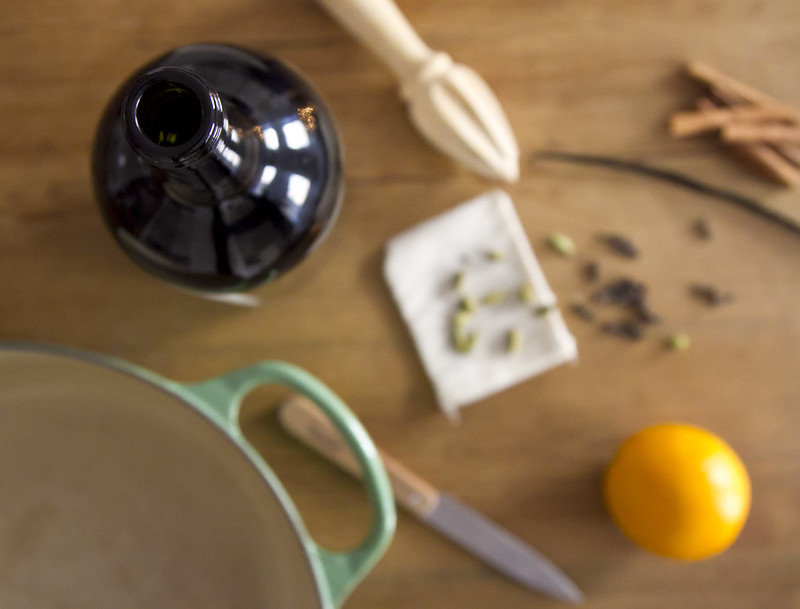 If making the wine for a large group, consider buying an oversized bottle of run-of-the-mill table wine—nothing fancy. 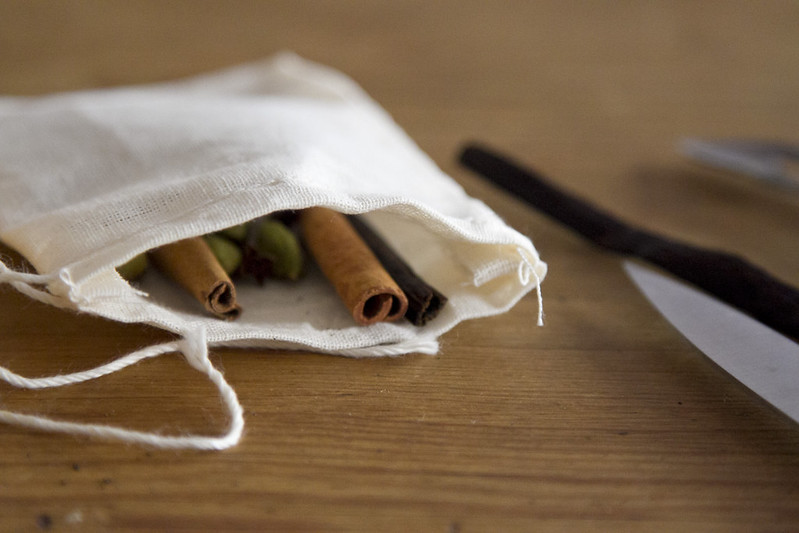 Add spices to a small muslin spice sack and pop the whole thing into your pot for easy removal. 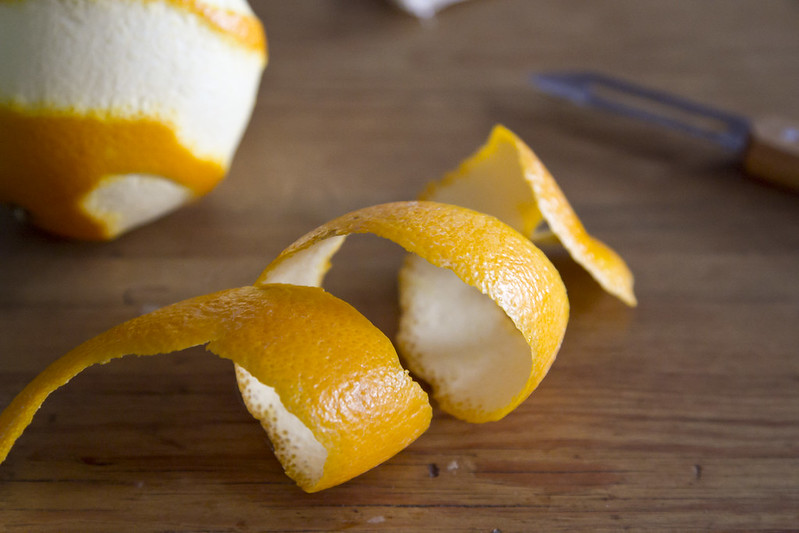 Use a vegetable peeler to help you remove the rind from the orange (you can also put dried peel inside your spice sack instead.) 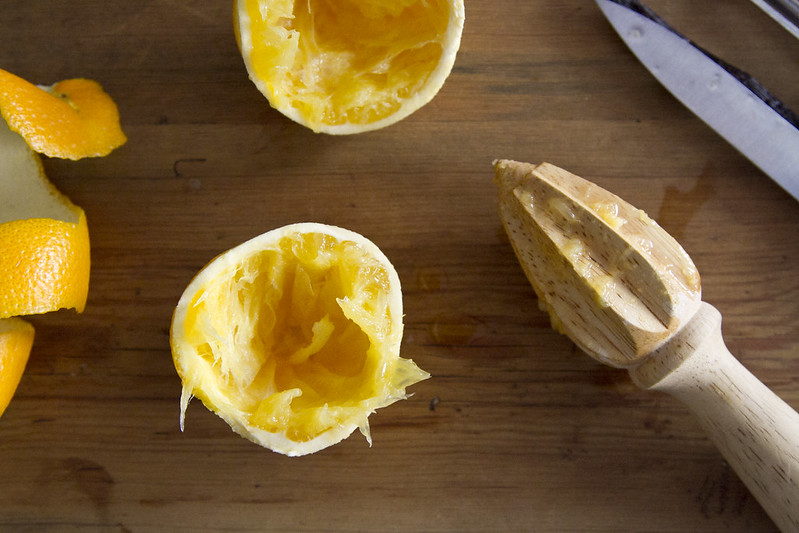 Add an extra citrus note by adding the juice of one orange. 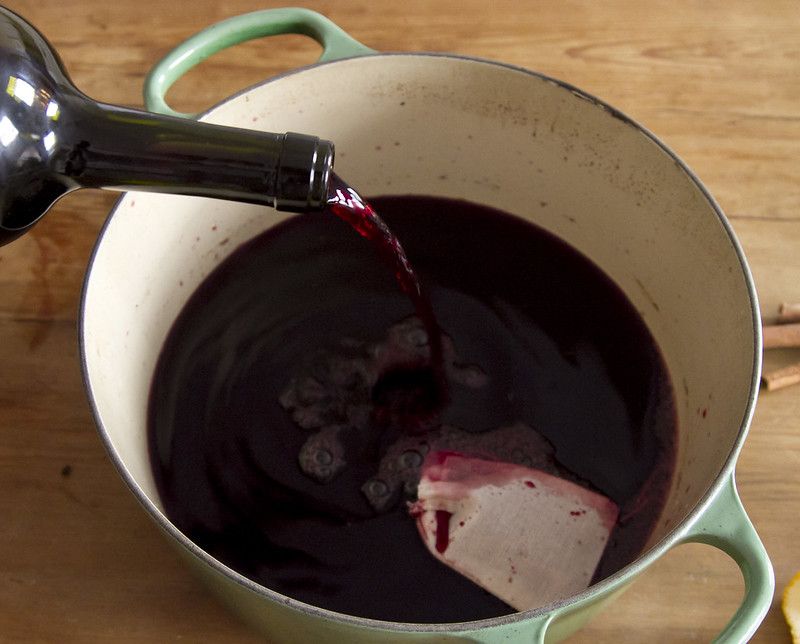 1. Into a small muslin spice sack put cloves, cardamom, cinnamon sticks, and vanilla bean.
2. Using a vegetable peeler, remove the rind from one orange, trying not to remove too much of the white pith. Slice the orange in half and squeeze the juice into a heavy bottomed pot.
3. Add spice sack and orange peel to the pot and cover with wine.
4. Simmer over a low flame for 20 minutes or until fragrant. Add honey or sugar to taste and stir until combined.
5. Serve warm, with a garnish of cinnamon stick, anise seed, and orange. 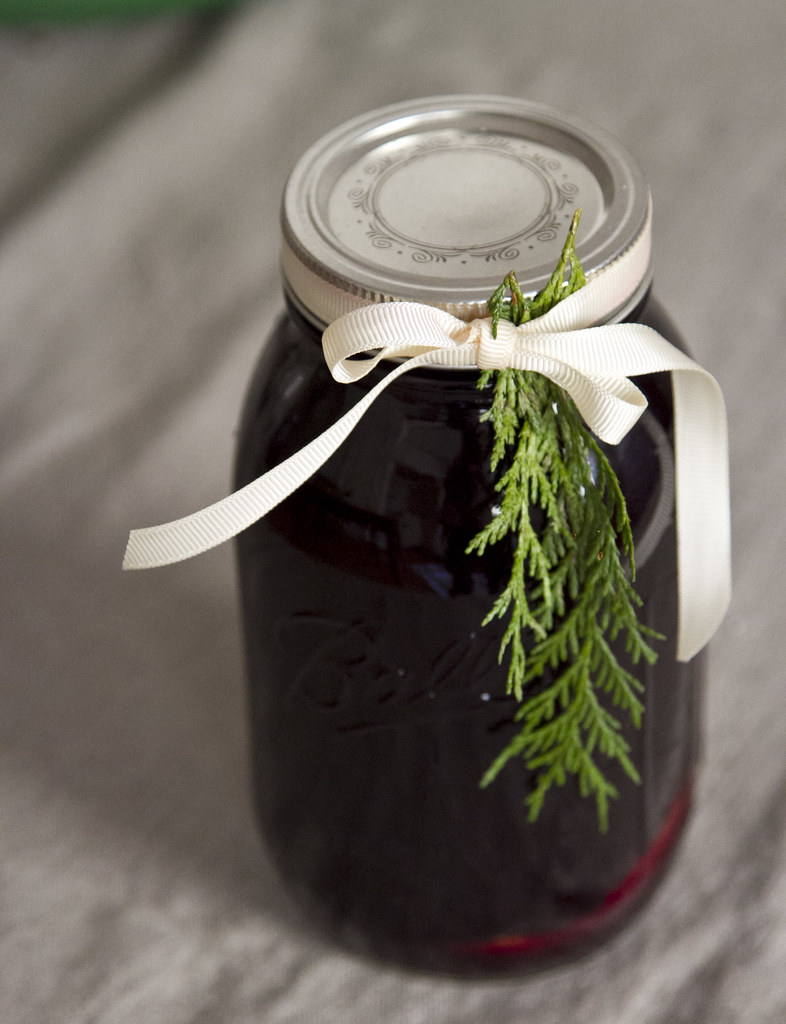 The wine won’t keep jarred longterm, but I brought a mason jar of it over to my sister’s house to rewarm for Sunday dinner. If you’d like to give the gift of mulled wine for someone to use at their leisure, package up the spices. 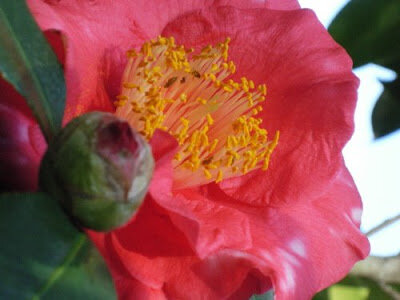 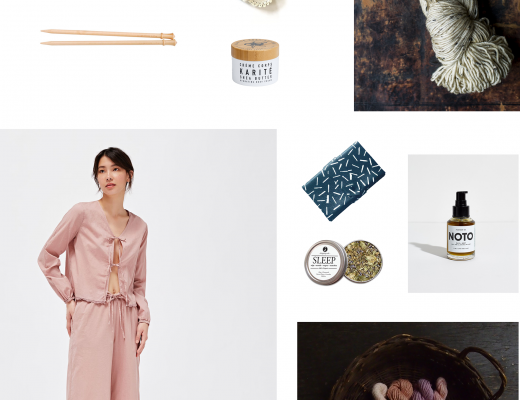 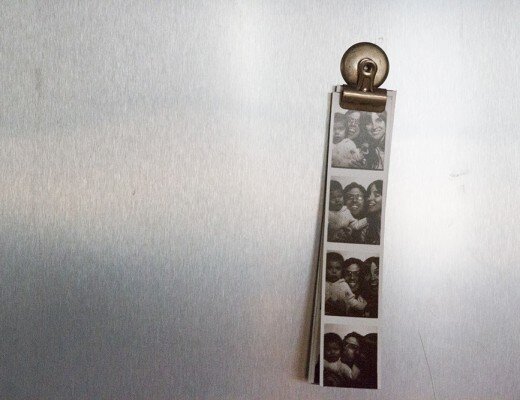