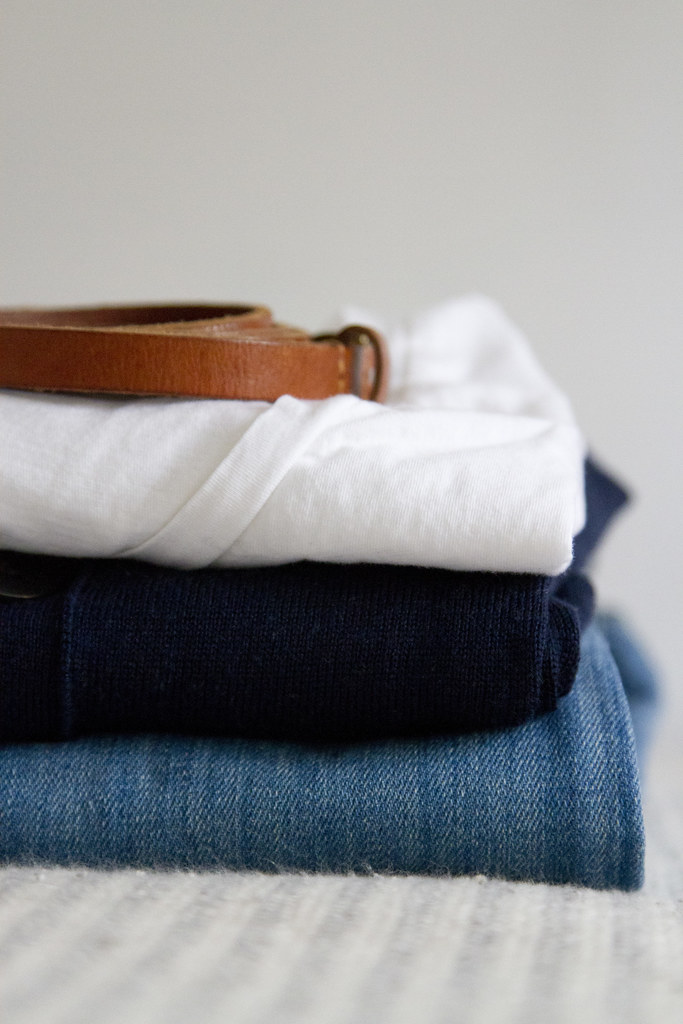 A minimalist wardrobe doesn’t take only one shape or come with one price tag. 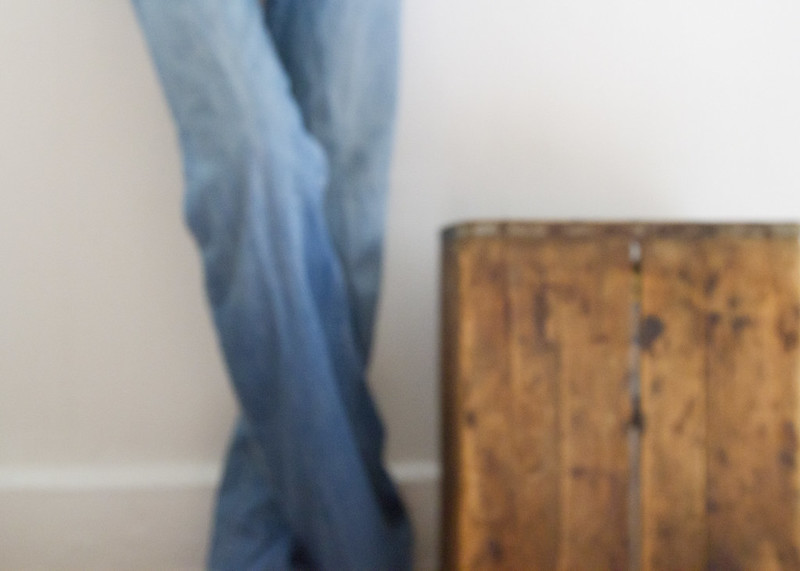 Last week’s survey (thank you!) prompted a number of readers to write to me regarding the affordability of the particular clothes that I talk about in this space, so I thought I’d do my best to tackle the subject head-on.


I’m an admirer of clothes, often from a distance.
When I do make the leap to make a purchase, I try to make the few clothing purchases that I make count in as many ways as possible. (I’ve mentioned this before.) I set my expectations sky high. I want my clothes to be long-lasting. I want them to be beautifully designed. I want them to make me feel beautiful. I went them to be easy and comfortable. I want them to have limited impact along the supply chain. I want to support small and independent companies as often as I can. Sometimes I can afford the clothes that make my cut. More often I can only admire them.

Far more important than how many (or few) clothes I have in my closet is making sure that what I do have I actually put to good use. And with a few happy accidents that stand as exceptions to the rule, the clothes that I put to best use are the clothes that I’ve first admired from a distance. 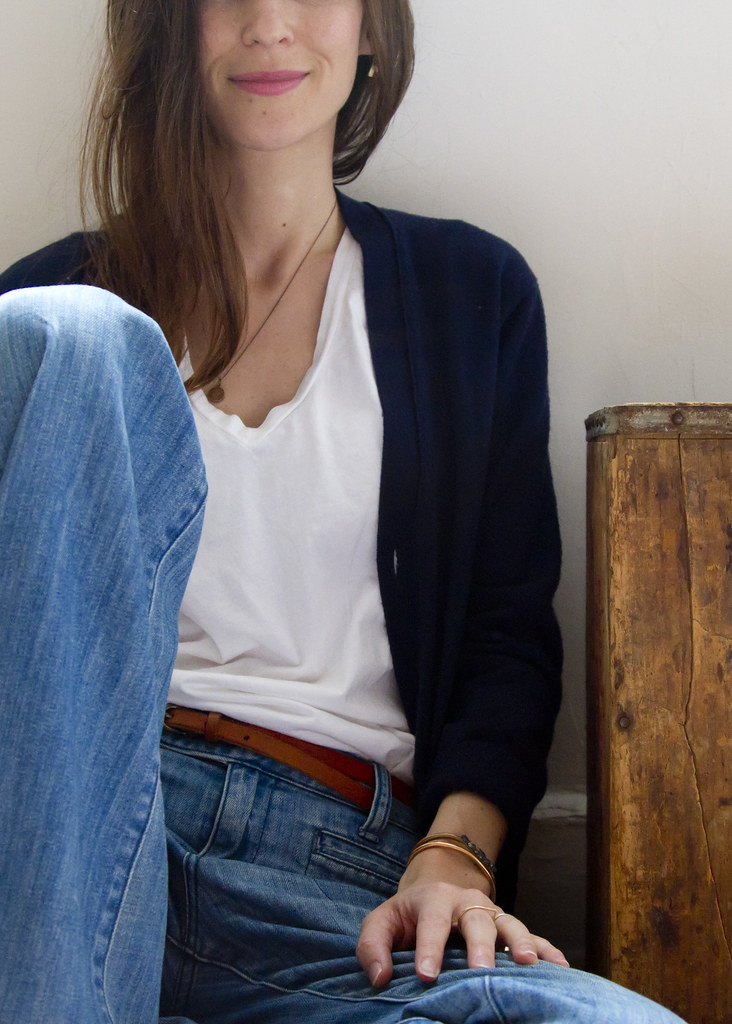 Are you still with me?

The fact is, that the more that I actively like my clothes, the less of them I need. When I feel perfectly satisfied wearing the same favorite pair of jeans and beautiful sweater day in and day out—swapping only clean underwear and a fresh t-shirt each morning—I don’t feel as much of a need for a second, third, or fourth sweater of a similar style. It’s when I only feel lukewarm about a particular sweater that I cast a wandering eye and add another one to the mix. When I’ve found myself in this rut, I’m more likely to reach for less expensive clothes. Annoyed that I’ve already spent precious resources on clothes that haven’t worked out, I can become wary and unwilling to invest still more. But over and over again, I’ve found that more begets more. And buying many inexpensive sweaters that I only feel lukewarm about finishes by being more expensive than buying one expensive sweater that I really love.

Lots of factors go into the cost of clothes. The price of a particular shirt can vary widely depending on country of manufacture, brand name, mark-up, time of year, and point of sale. And it’s often hard to determine why a particular article of clothing is priced the way it is. Is its high cost pure marketing? Is it higher-quality fabric? Or is its low cost because it was produced in a sweatshop, or just because it was bought after its prime season? Oh, the perils of Capitalism, my friends. But I think there’s hope. There are designers who do tell the story of their goods. When I learn about the care that went into making something, the materials used, the elements of the design process, the human beings behind a blouse, or a scarf, or a button-up, the cost begins to make sense.

For me, despite the fact that the individual cost of some of the clothes that I admire (and the few that I decide to buy) tends to be quite a bit higher than the goods found at your average fast fashion store, I’m fairly certain that I’m still spending less than I would on a wardrobe filled with more, less-expensive clothes. By investing in high-quality goods, I have to re-buy less frequently. By investing in clothes that I’ve saved up for, or lusted after, or otherwise jumped through hoops to procure, I’m more likely to take better care of them, make them last longer, and most importantly, love them longer.

To be sure, the expense of clothes does not always guarantee their longevity. (I’ve had five dollar t-shirts last for years, I’ve had others unravel after one wash.) Neither does high price guarantee that clothes have been made in a way that’s particularly admirable.

But one thing that’s certain is that fast fashion chains have found ways to produce huge numbers of clothes cheaply through a reliance on underpaid workers, cheap fabrics, and shoddy construction—to name only the most common infractions. It’s not hyperbole to write that US consumers enjoy a false economy when it comes to the clothes for sale in many of our largest stores.

While often the price of the clothes that I most admire are much more on the high end of things than the low, I don’t think that mine is an extravagant wardobe. No doubt, affordability is a matter of perspective, not fact. I was once encouraged to purchase a dress that when on sale still cost more than my entire monthly student loan payment (which was also more than half of my bi-monthly paycheck). The dress was beautiful. The encouragment came from a place of high standards and good intentions and a much larger paycheck; the possibility of purchase, still zero.

Still, there are other things that I have been able to add to my closet. Here, a few tips for affording my version of a minimalist wardrobe:

1. Stock up on super simple basics. Wear the heck out of those, and invest in just a few special things every year. Note: Finding out a way to dress yourself and keep dinner on the table will likely mean some degree of compromise. The t-shirts that I’ve been loving most lately, for instance, are relatively affordable, comfortable, beautiful, made here in the US, but they’re not organic. Compromises.

2. Follow your favorite designers on social media. More than once, I’ve been able to take advantage of an end-of-season sale to buy items that I would have felt were unaffordable at full price. The good news is that when you’re trying to fill your wardrobe largely with timeless staples, last season’s navy doesn’t feel particularly outdated. While I try my best to also support desigers by buying full-price items, there’s nothing wrong with taking advantage of the promotions that they’re able to offer when they do.

3. Shop second-hand. When I was little my mom used to take us to a consignment store in a fancy town close to where we lived to find designer children’s clothes at huge discounts. Between consignment shopping and my own friends’ cast-offs, I don’t think I owned more than a handful of brand-new clothes until I was in high school. Second-hand shopping requires some amount of sticktoitiveness. But if you do some sleuthing and identify a solid shop, you can likely grow your wardrobe for a fraction of what you’d otherwise pay without compromising on quality.

4. Identify a brand that you love and sleuth for it. In college I bought a pair of beautiful designer jeans that were typically super expensive. Mine were not. I was able to buy them on deep discount at a department store sale. Even though the particular wash or cut was probably a cast-off from another season, they looked sturdy and classic to me and ten years later, they’re still in my drawer.

5. Do your best. You have to get dressed. I can blab on about ethics and fashion and high costs being worth it until I’m blue in the face, but I realize that you need to wear clothes. I do too. And someone has to pay for the groceries. The point isn’t to be perfect, the point is to try. 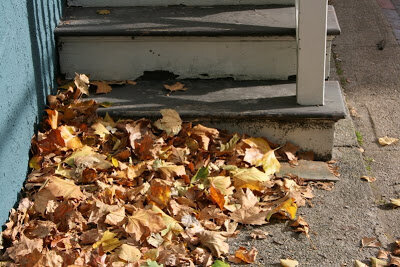 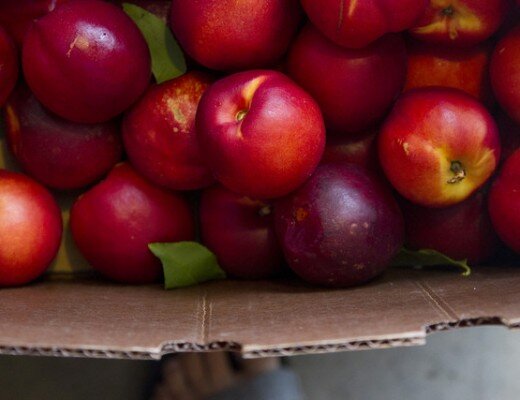 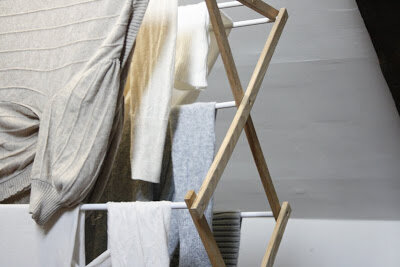