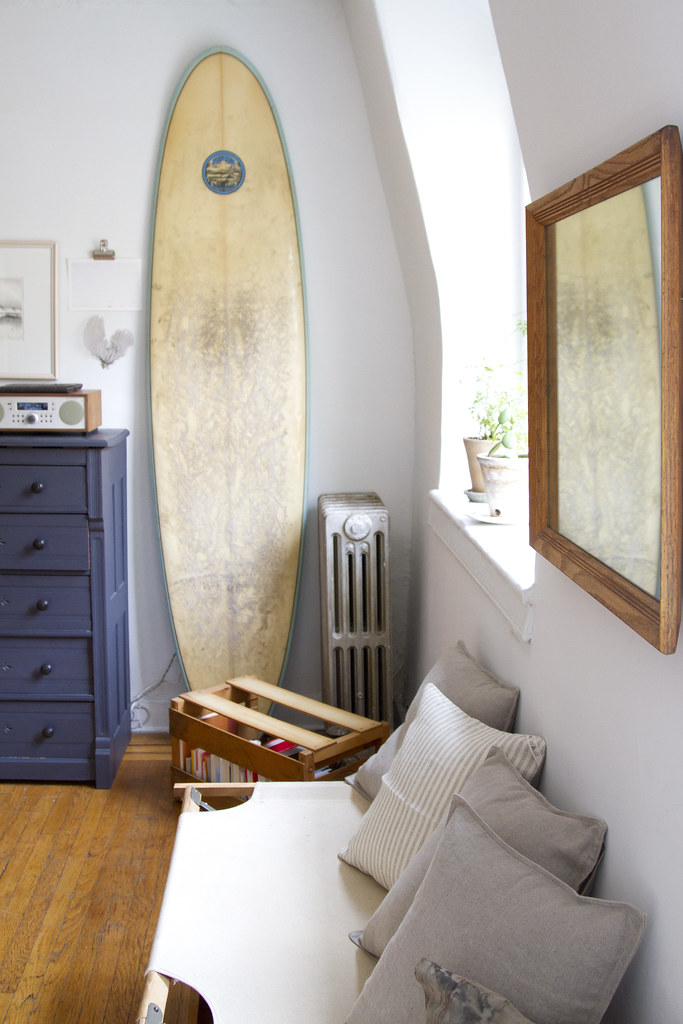 We recently decided to shake things up a bit around here and go couchless. Not exactly couchless, but one couch less. I’ll explain:

Back in the summertime, we acquired a new-to-us couch that once belonged to my sister, had more recently been making the rounds of various New York City creative offices, and was headed out for a life on the streets if we didn’t give it a home. The couch wasn’t in very good shape—and if we’re getting technical it’s more of an upholstered bench than a couch—but we really liked its super simple shape and its wool batting and we had a little extra room in our new place, so we decided to stage a rescue and become a two-loveseat household.

Then, a few weeks ago, our babysitter moved into a new apartment with her boyfriend and let us know she was looking for a little couch to call her own. We seized the opportunity to try something new, so we kept the newish adopted bench (and committed to a summertime reupholstery project) and sold our much-loved little loveseat. Off she went with a little love pat and we readied the spot she’d left behind for something with an even smaller profile.

A cot, we reasoned, would take up less bulk than our loveseat while actually giving us an extra foot or so of lounging space. Like the loveseat before it, it’s long-legged so there would still be plenty of room for stashing Faye’s books and toys in the crates below. Best of all, it would be packable and easy to move back down our four flights when our next move inevitably comes around or if we ever spring for what you might call a “normal” couch. In other words, a cot could be a couch for a couple of couch commitment-phobes. 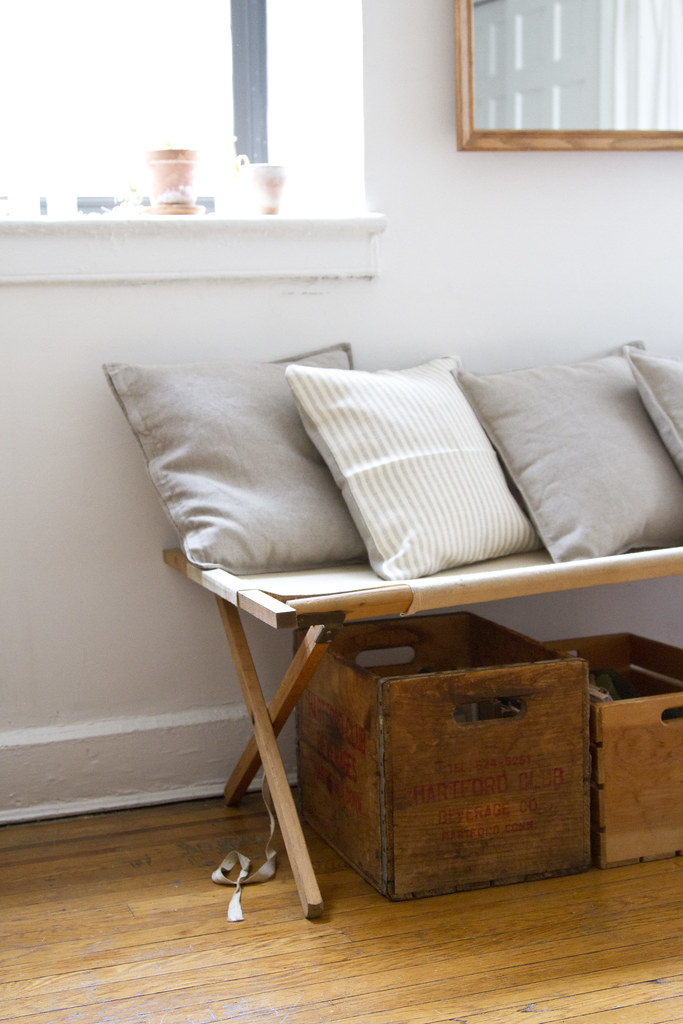 After only a little bit of searching, I found an inexpensive WWII-era Army cot with its original canvas on eBay and scooped it up. When the cot arrived a few days later it needed a little tender care—more on that tomorrow—but it was in pretty great shape considering its age. (If you’re looking for a new version, this sleeping cot post published on Remodelista has some good shopping ideas.) 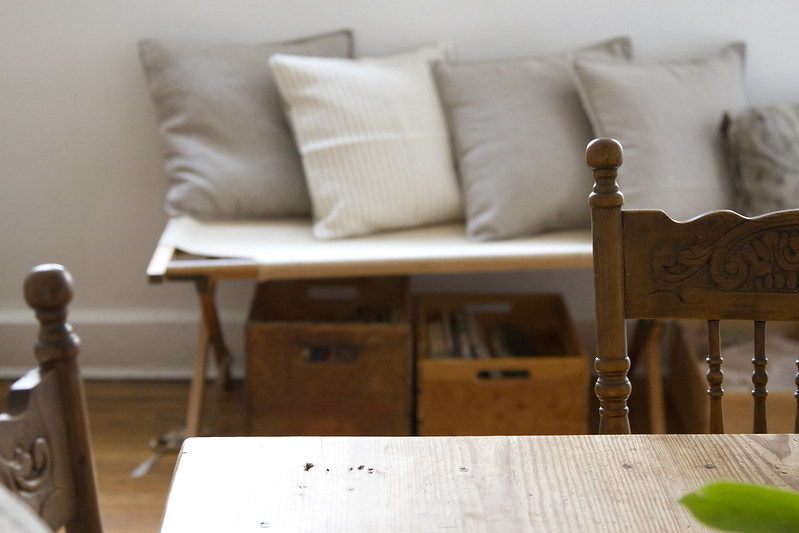 A few weeks in, we’re loving our latest addition. Considerations of space aside, there’s the fact that a cot in our little garrett abode just feels right. The weathered wood and well-loved canvas fit in perfectly with the oldie-but-goodie furniture that we’ve collected from Craigslist, and tag sales, and street corners over the years.

Mostly, it feels good to have found something that works for us, even if the choice is a little bit unconventional. There’s the point. I’ve shared the particulars of our new cot situation here, but at the risk of repeating myself ad nauseum, the particulars don’t much matter. A more general decision to flout ideas about what you need to be comfortable, to try something slightly quirky, and to get creative in a small space is really what this tip is about. 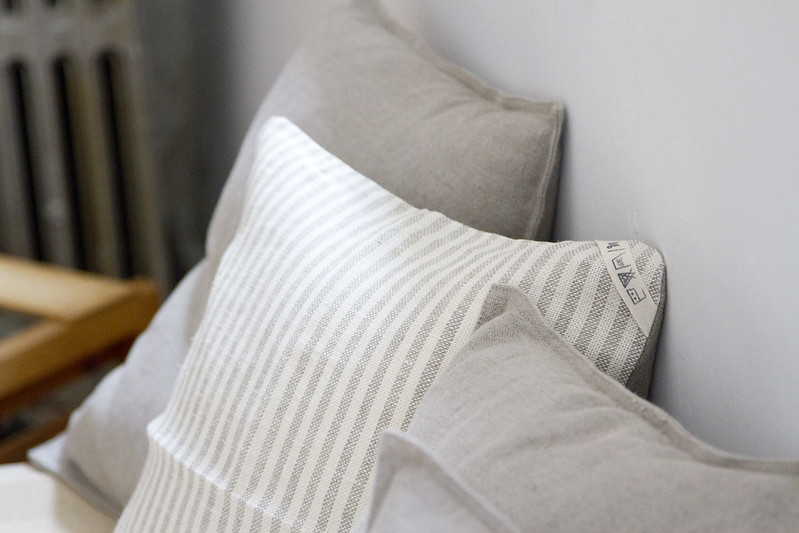 To cozy up the cot a bit I replaced the very tattered gray cushion covers we’ve had since grad school with plain linen cushion covers from Muji (the ones I found aren’t stocked online—these are similar though more expensive), two new inserts, and one special pillow cover from Fog Linen. 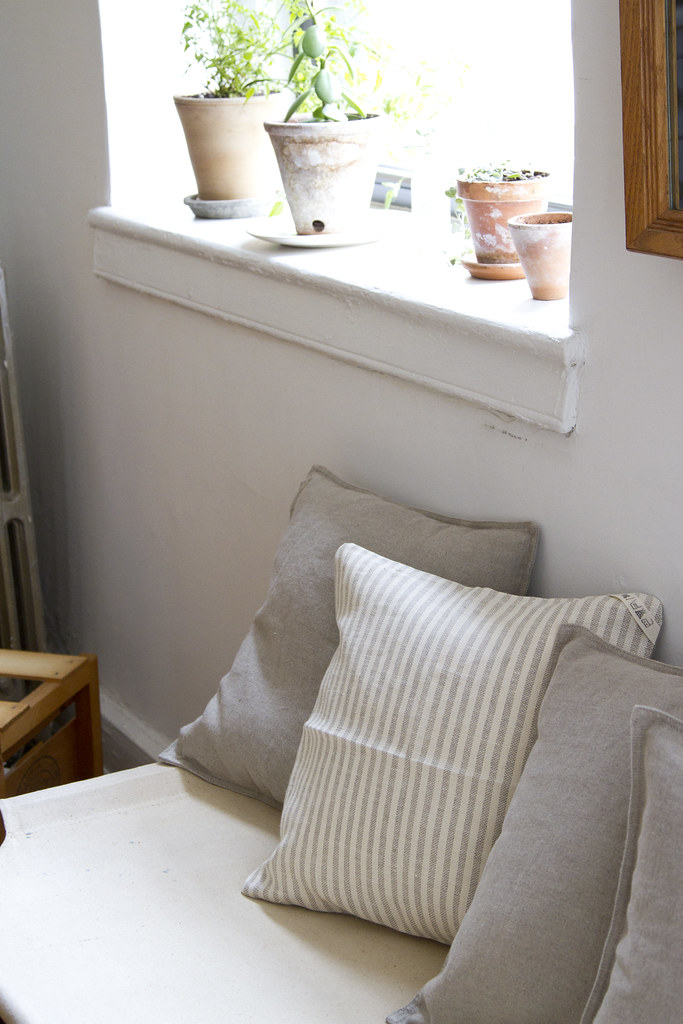 I’ve said before that finding the perfect thing for a space simply takes time. For us, this cot’s been a good reminder that when you do finally hit the sweet spot the wait feels so worth it. And so completes the tale of the musical couches loveseats places to sit upon. 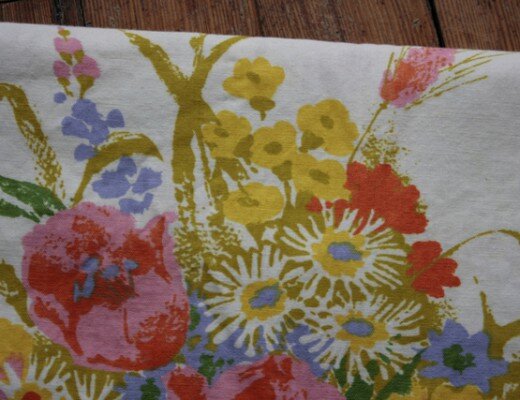 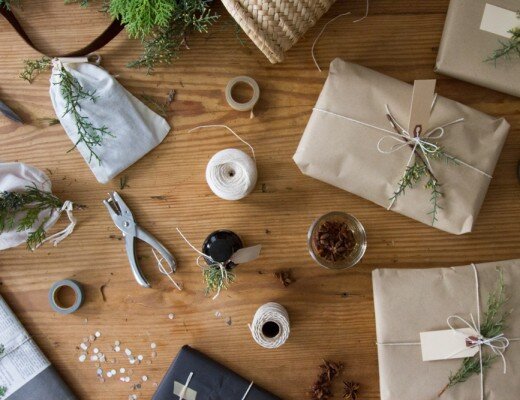 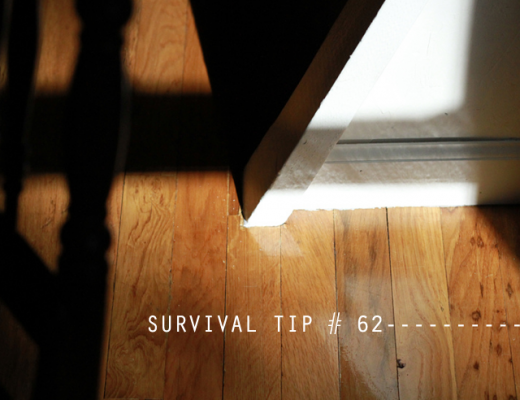