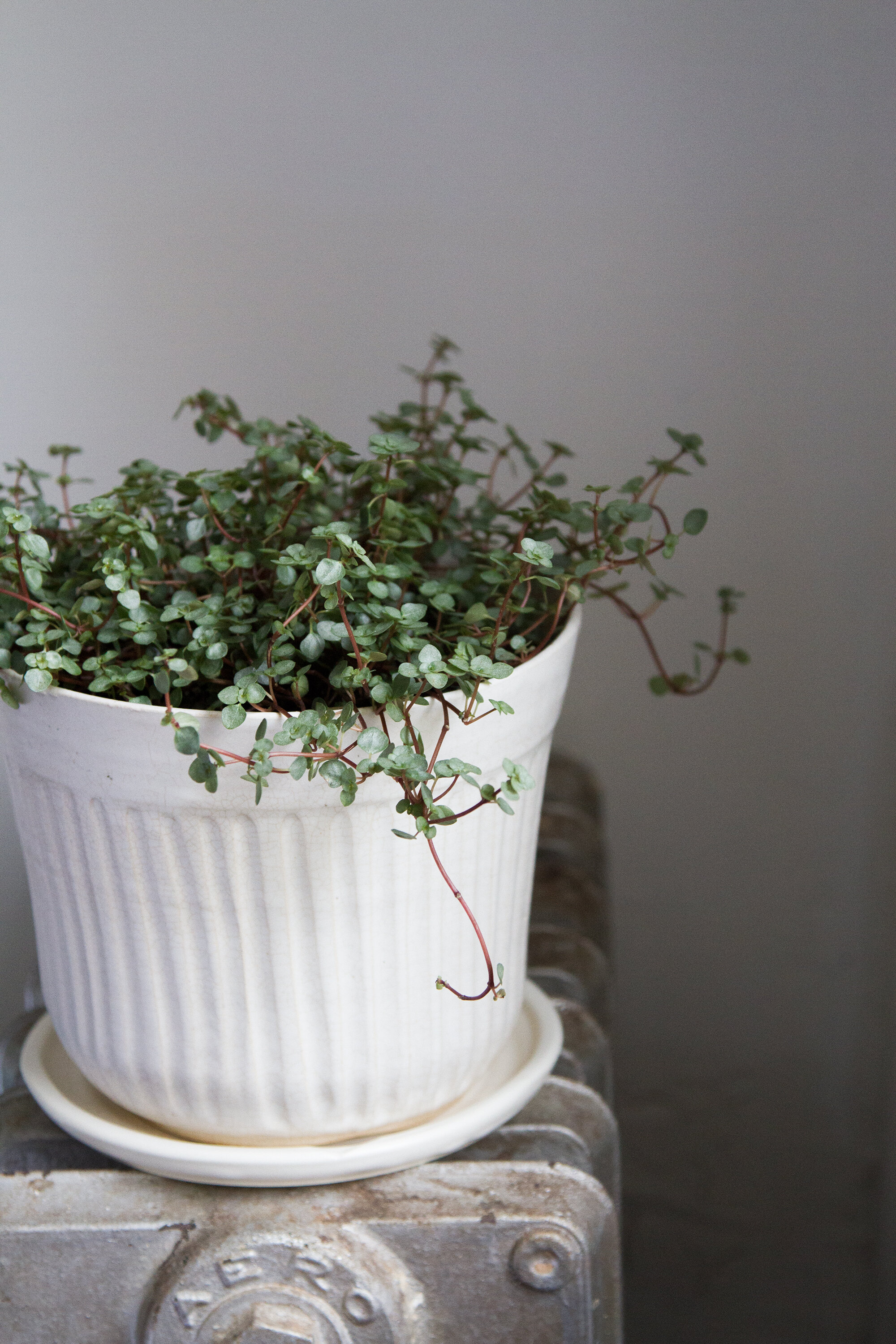 A houseplant in a tiny apartment doesn’t have to be tiny in and of itself, but you might want it to be.

I wrote about houseplants a bit last summer. And I write a bit more about houseplants in my book. But here are a few more words of encouragement for getting plants to thrive in small spaces, and a few recommendations for tiny plants in particular that you might enjoy.

First: You should know that I killed our plecanthrus recently. No. I’ll rephrase: Our plecanthrus finished its tenure in this tiny apartment and on this green earth. As all living things, eventually, do. The little guy had been thriving for a good three years, but it really needed a bigger pot and I really didn’t want to give one to it. I tried to coax the plant back by trimming gangly bits. It lost its will to thrive. So goes life (and death) with houseplants. 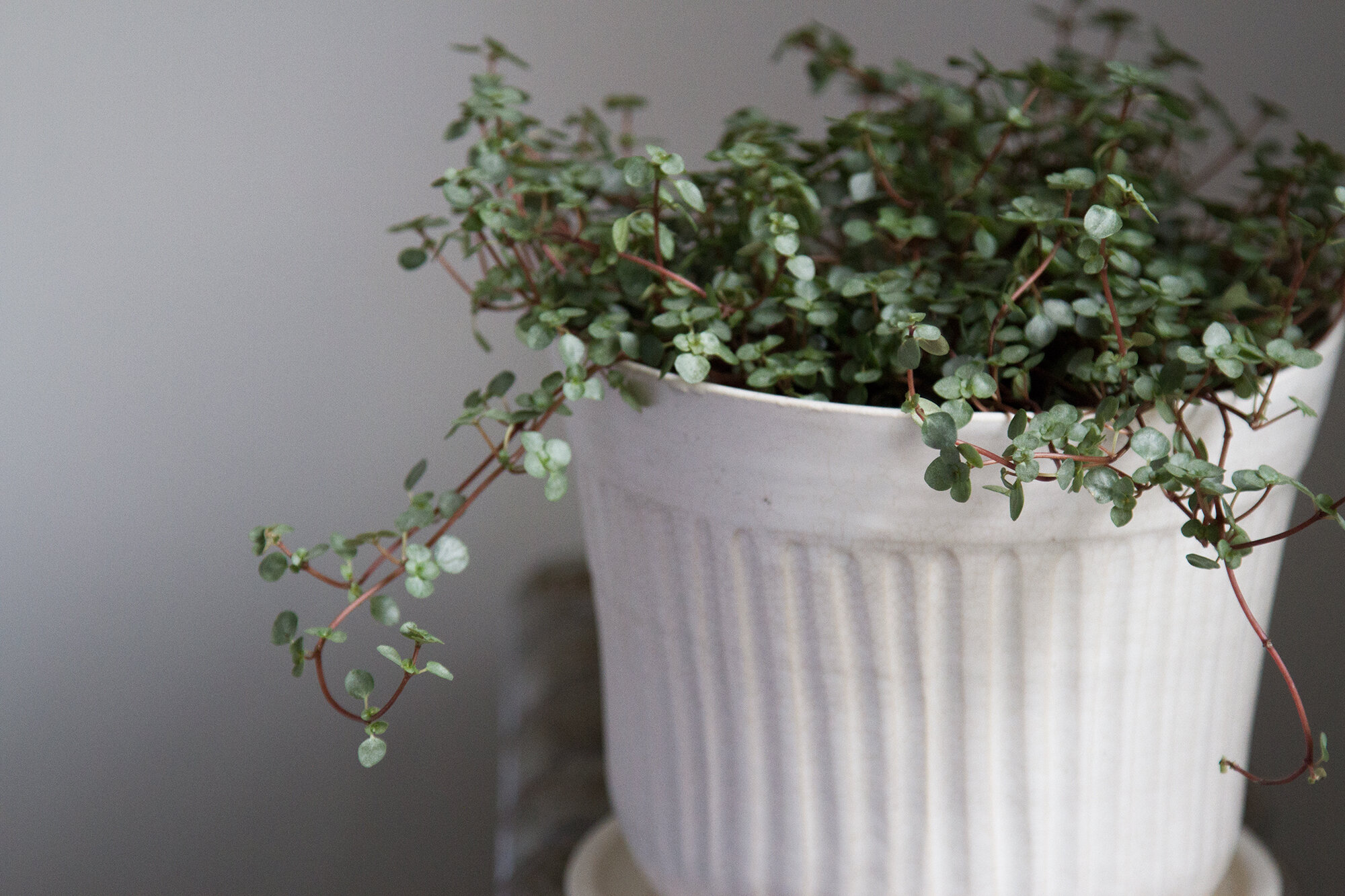 Eventual demise aside, there are a few things to keep in mind when deciding to bring home a little something green:

Identify what you like: Wander around a local plant shop or nursery and pay attention to what stands out to you. I love a plant with a nice blue-ish tint, but you might be someone who prefers a bright near-neon green. I often tend toward house plants with tiny leaves and curling tendrils, but you might prefer leaves that are large and spiky. Go with your gut.

Choose a spot for your plant to live: It’s tempting to think first about where a plant’s going to look nice in a house and second about whether it can survive there, but that’s a recipe for a short lifespan indeed. Most plants need at least some regular access to sunlight. The shelf in your windowless bathroom is not the spot for a houseplant to thrive, no matter how cute it would look there. Same thing goes for a pot. Trying to stuff a large plant into a tiny pot will leave you with a dead plant. Make sure the plant and pot that you choose have a future together. Then get prepared to either change pots as your plant grows, or to pass your plant baby along to someone else once it gets too bit for its home.

Develop a routine for proper care: Figure out the basic needs for your plant by asking the seller when you make your purchase or doing a cursory search online. Once you’ve figured out what kind of light and watering needs it requires, set up a little routine to make sure you’re meeting its basic needs. Plants aren’t puppies, but they do require some regular attention.

A few ideas for specifics:

String of Hearts (Ceropegia woodii): If you like a little trailing vine, this might be the plant for you. This is a plant that stays pretty small but also deals well with a bit of regular trimming to keep things under control. I’ve had mine in a small pot for going on three years and it’s still doing beautifully. It’s hearty and easy to care for and can survive without a tremendous amount of light.

Glauca Pilea (Pilea glauca ‘Aquamarine’): (Pictured!) Also called Pilea libanensis. This tiny-leafed pilea has silvery blue leaves along red stems. It’s also hearty and works in some climates as a ground cover and in tiny apartments as a not-too-big plant friend. I just welcomed this guy into our house to replace the plecanthrus (RIP), and I can’t wait to see how it grows.

String of Pearls (Senecio rowleyanus): If you have a little more light, String of Pearls can be a nice choice for a small space. (But I think we’ll all agree that String of Peas would be the better name.) It doesn’t require as much bright light as other succulents, which makes it a nice contender for apartment dwellers. Equally cute in a hanging planter or in a small pot, the pearls are interesting to look at and not too overwhelming in a small space. Like the String of Hearts, they’ll grow quite large if you allow it, but if the plant is getting too big, it’s easy to propagate a smaller plant and start over again in a smaller container.

Echeveria: If you have lots of light, it’s easy to find tiny succulents for sale in nurseries and to keep them hearty in small spaces. Succulents in the echeveria genus tend to be my favorite (there are tons of varieties ranging from grays and greens to pinks and purples!). They’re desert plants so they require very little water but really a great deal of sunlight. If you don’t have enough light, you’ll end up with a leggy, gangly succulent in a few weeks time, I promise. It’s not you, it’s the light.

What about you guys? Any favorite small houseplants out there? 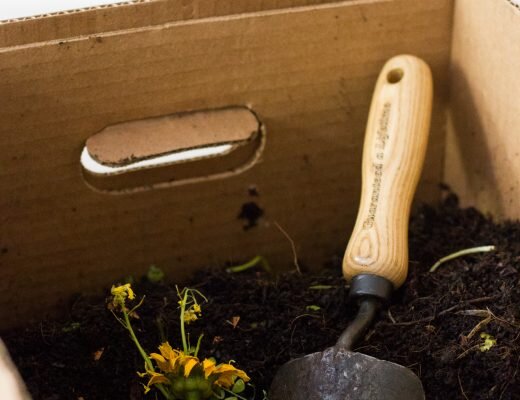 make your own: indoor compost bin. 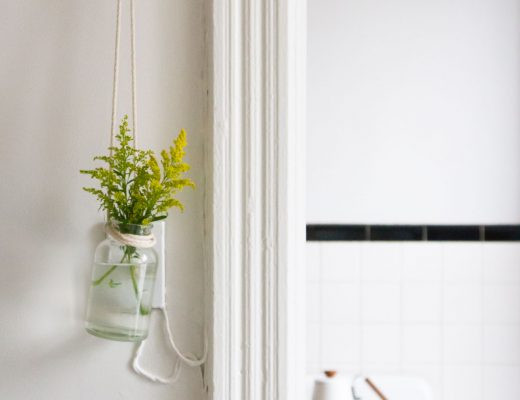 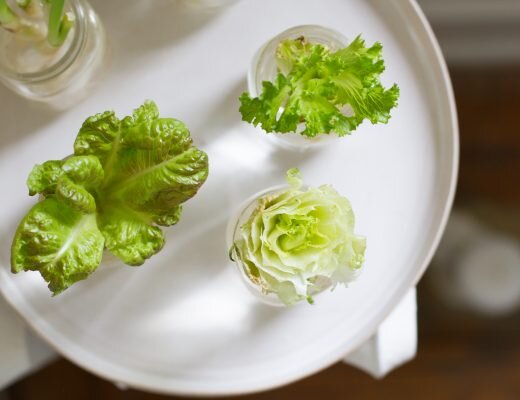