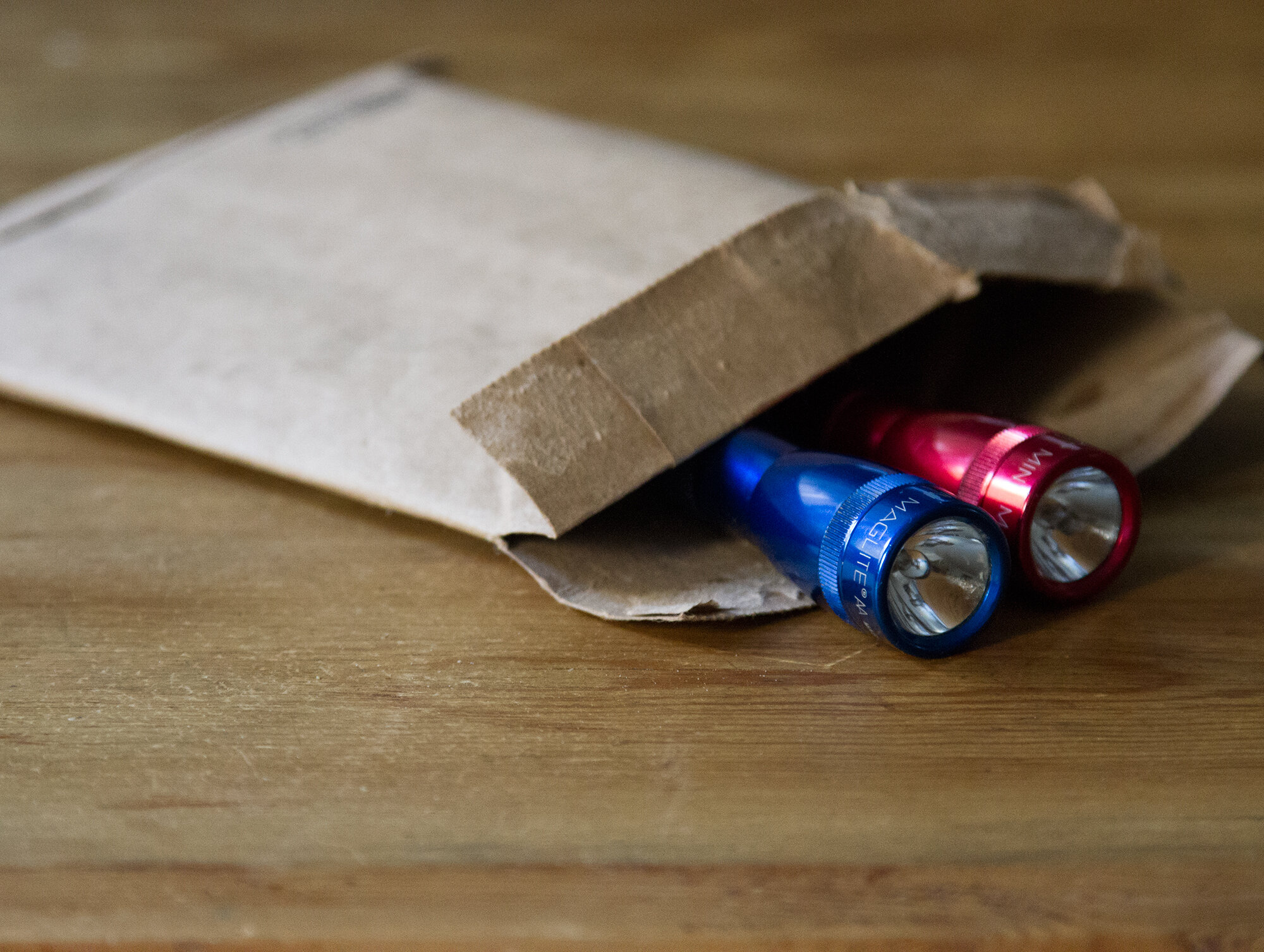 Faye is very into building forts lately. There’s a fort under my desk most weekday evenings. The ritual of making them is usually the same: Drag the sheepie from the bedroom to the desk, carefully arrange the couch pillows and sheepie underneath it, hang up blankets or play silks or anything else that will make for a cozy place to hang out in. I very much encourage the habit, in part because it sometimes means the difference between making dinner in relative peace or not, and in part because fort building was one of my own favorite childhood pastimes.

As everyone might know, a good fort experience is vastly helped along by a flashlight, so a few weeks ago, I went to our linen closet to get a flashlight out of the toolbox to present to Faye. James and I both entered our romance with mini Maglite flashlights and we’ve held on to both of them. Alas, as is too often the case with the lazy flashlight owner, when I tried to turn them on, they both were dead. Batteries, I figured. But when I tried to open the flashlights, I realized that in both cases the batteries had bloated, leaked, and were stuck inside the flashlights with a solid crust of battery acid oozing out of them. Whoops.

An internet search ensued. What do you do with such a flashlight? I found myself in a deep Reddit rabbit hole with forums of people saying that with a power drill, a bit of vinegar, and a basin of hot water I could potentially dislodge the stuck batteries. (Caveats included toxic battery acid, the risk of explosion, and a flashlight that still wasn’t working once you finished.) This was not a DIY I wanted to experiment with. So how to responsibly care for them? I don’t want a non-working flashlight in my house, but I don’t want my decluttering frenzy to result in adding a piece of toxin-coated metal to a landfill either.

I took to the Maglite website. I read through their warranties, their FAQs, their user forums. I eventually wrote a quick note, asking what I could do about the fact that I had two flashlights that needed attention. Send them our way, they said, we’ll dispose of them and replace them at a discount. I won’t claim that the system is perfect. I wish I could have fixed them safely myself. (I wish I hadn’t let them become damaged in the first place!) But, the two women I spoke to on the phone assured me that the company deals responsibly with the waste of this sort that’s returned to them. In all, my search took about 25 minutes on a weeknight after Faye was asleep.

Here’s the thing: In my book, I write about wanting to fill my home with objects that are knowable. I’ll take a French press over a coffee maker with buttons and a plug any day. But there are still objects in my house—electronics and appliances, mostly—that include technology that I can’t claim an intimate knowledge of and that are made with materials that come at a significant price to the planet and to the people working with them.

I recently had the chance to preview the film Death by Design and it’s been weighing on my conscience. The documentary covers the environmental impact of so many of our gadgets. But it also explores the idea that some of the unknowability is by design. Planned obsolescence means that even care and attention might not be enough to keep our tech in working order. Storing my flashlights without batteries in them would have likely prevented their demise, but there are lots of electronics that are designed to fail regardless of user behavior. And fixing or responsibly recycling those things isn’t always so obvious. Despite the ubiquity of these things in our homes and hands and everyday lives, most of us wouldn’t know where to begin when tackling a repair. Cell phones that used to have easily replaceable batteries now have batteries built into them and they’re screwed shut with proprietary screws. When we send our electronic waste out for recycling the metals inside of them are often mishandled, often in the hands of small children. At the same time, we have a tech industry that’s churning out ever-greater numbers of brand-new electronics to satisfy our yen for the latest and greatest.

Okay; before I lose you to a deep depression, here’s my pledge: to get a little bit more mindful about fixing what I have. Clothes, for sure. But other things, too. As we enter into a holiday season, we’ll be bombarded with advertisements for what the tech world has to offer. I know that the iPhone I’ve now dropped countless times will look even more worse for wear next to ads for this year’s shiny model. I’m going to try my best to turn a blind eye. And when I get my replacement flashlights, you can bet I’ll be storing the batteries separately.

+ If you’re interested in watching the documentary Death By Design yourself, check out the list of upcoming community screenings or host one yourself! (The film will be available for renting online in 2017.)

+ If you have an electronic that’s broken and you’re not sure if you can do anything about it, see if the folks at iFixit might have solution. If they don’t, get in contact with the manufacturer themselves. You might find better answers than you’d imagine.

+ If you’re looking for a responsible way to dispose of something you can’t fix, head to e-Stewards to find a responsible drop-off center for electronic waste near you.

+ If you’re in the market for something new, look into buying something that’s been refurbished. Many manufacturers have refurbished items for sale on their own sites; alternately you can find refurbished products at many electronic stores.

What about you guys? How do you try to handle your tech responsibly? 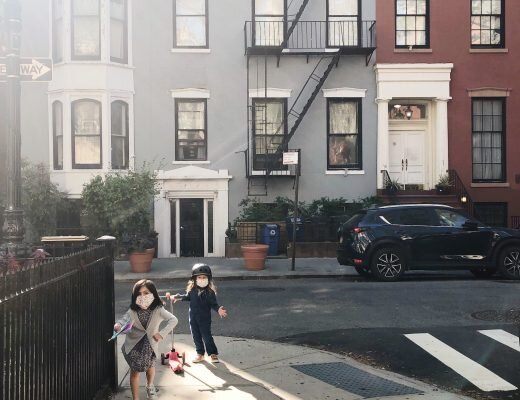 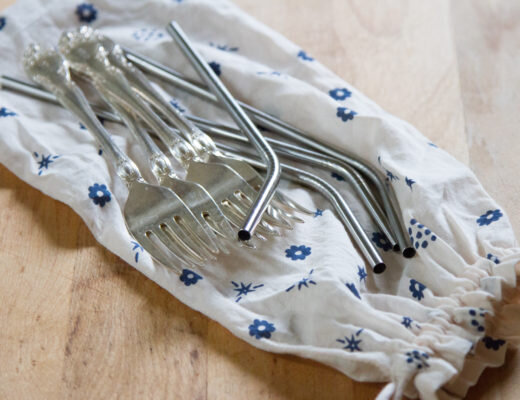