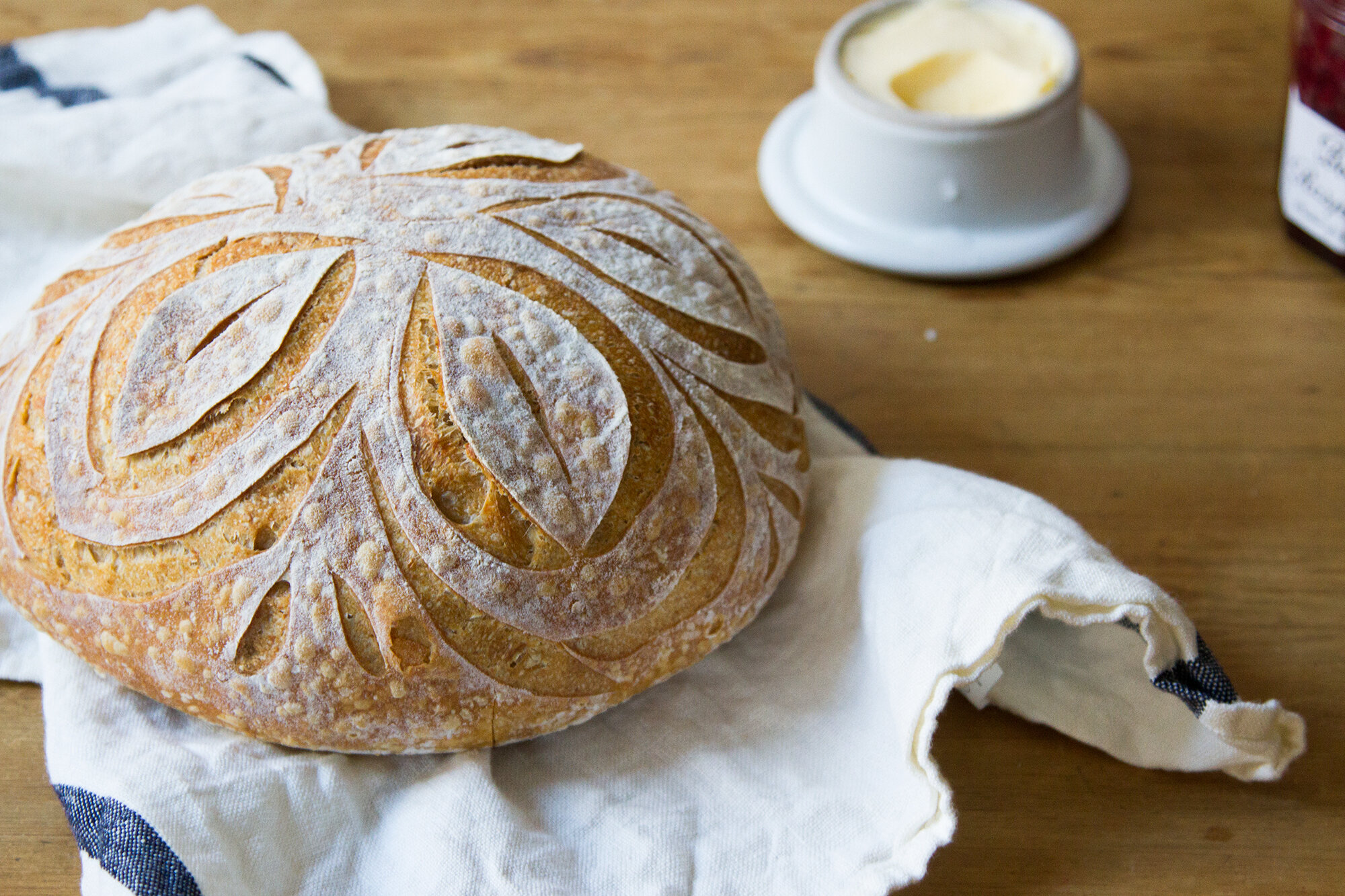 The very best thing about James’s sourdough habit is that it’s his. It doesn’t involve me apart from the fact that most every week I can rely on there being a big old loaf of sourdough bread to plow through. (Elegant, I know.)

Suffice to say, this isn’t a how-to, or a recipe, or a guide to becoming a sourdough master. I’m certainly not qualified to offer any of those things and despite his very regular habit, James doesn’t fancy himself enough of an expert to pen a full guest post on the subject of sourdough either. Still, since I’m not sure that I can bear to send another “sorry, not really my thing” email to hopeful readers, here are a few answers to frequent questions, a few helpful pointers, and a few resources for folks looking to embark on their own sourdough journey.

Godspeed. (All I can really tell you is it will be tasty.) 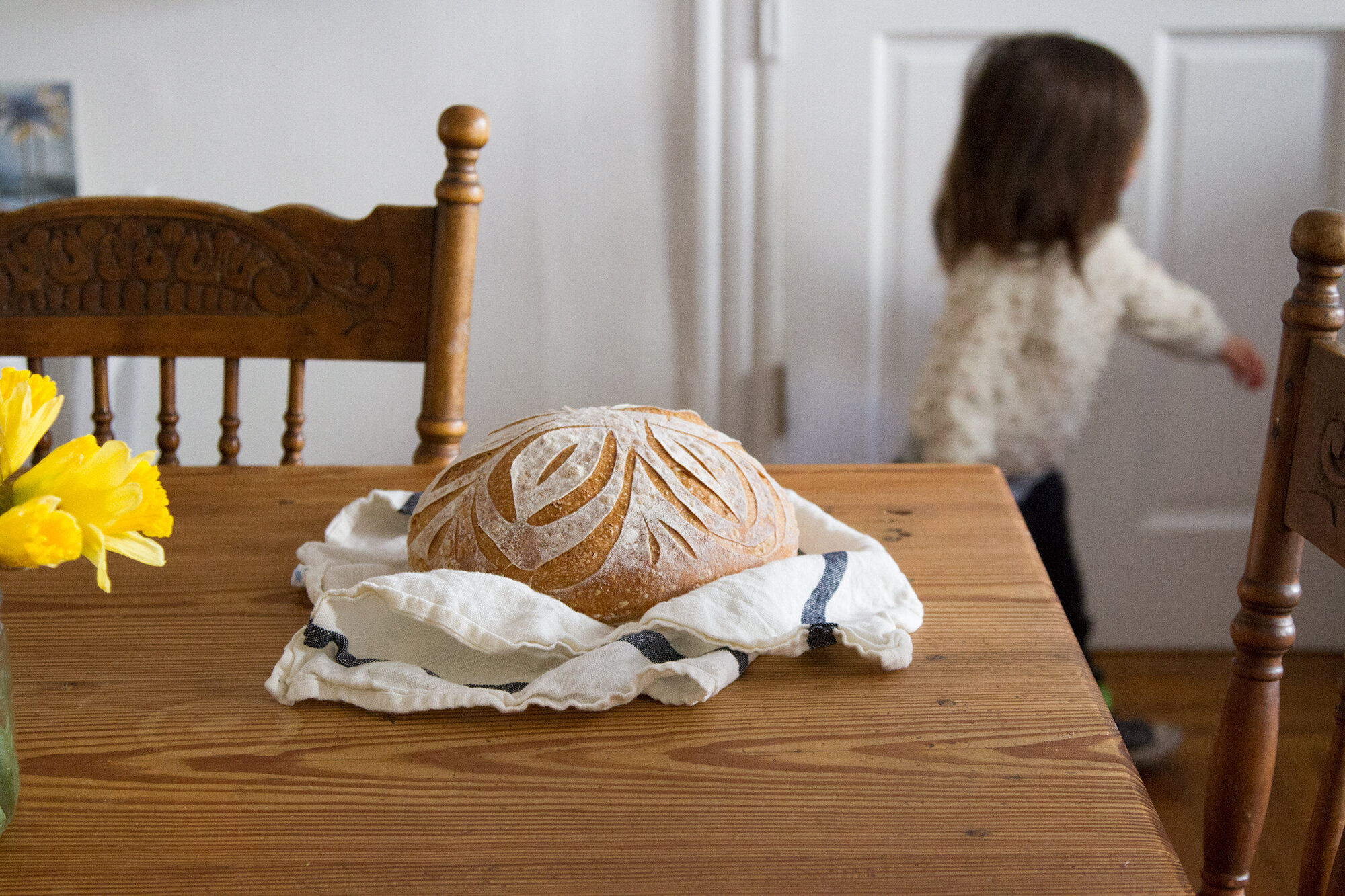 What method do you use?

James taught himself to make sourdough bread using Chad Robertson’s Basic Country Bread recipe. It’s been pretty darn reliable for him (and many of other Tartine devotees). The full method, in all its multi-page glory, can be found in Robertson’s 2010 cookbook, Tartine Bread; the New York Times reprinted a version here. Happy reading. 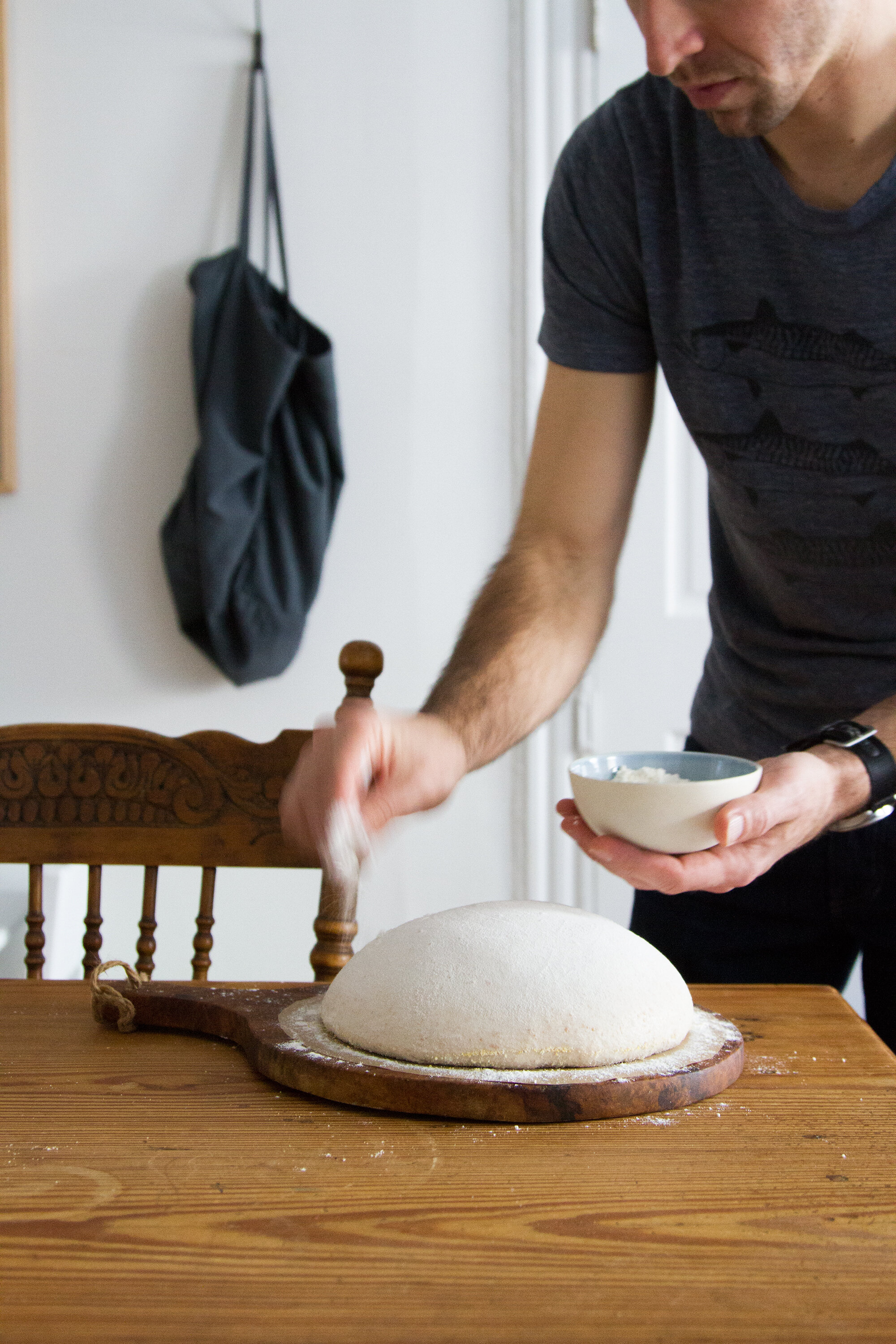 Where’d you get your starter?

James got his starter from a sourdough pancake workshop that we took at Best Made Co. in the spring of 2014 before Faye was born. The class was taught by sourdough pancake extraordinaire, Ron Silver of Bubby’s, and participants all went home with a little mason jar full of starter. James has been keeping his alive ever since. If you don’t have a local restauranteur or friend willing to share some of their starter with you, never fear, you can make it yourself. (Full how-to in the Tartine cookbook referenced above!)

Is it a lot if work?

My answer: Yes! His answer: No, not really! (Shoulder shrug.) The basic work behind sourdough is that you have to “feed it.” In the least nerdy terms possible, this essentially means that you need to regularly maintain your starter with fresh flour and water so that the good microbes keep growing and harmful bacteria and fungi are kept away. Since James makes bread most weeks, he keeps up a regular weekly schedule; feeding the starter in the morning of the day he plans to make dough. If we’re traveling or lazy, James just makes sure to feed the starter at least once a month.

Doesn’t feeding it create a lot of waste?


If you make a habit of baking regularly, nope! But if you are finding yourself with a lot of excess after feeding your starter, King Arthur Flour has lots of good ideas for how to use it!

What kind of flour do you use?

How do you make it so pretty?

Well, far be it for me to judge, but James’s breads haven’t always been so pretty. In the beginning they were kinda wonky and flat-ish. Now they’re awesome. Practice makes less wonky! James loves to get real nerdy and snoop around Instagram getting sourdough inspiration. Some of his favorites feeds are from @breadbakersguild, @maurizio, @katesbread, @sarah_c_owens, @ca_mia_breadlab, and @bakerhands. 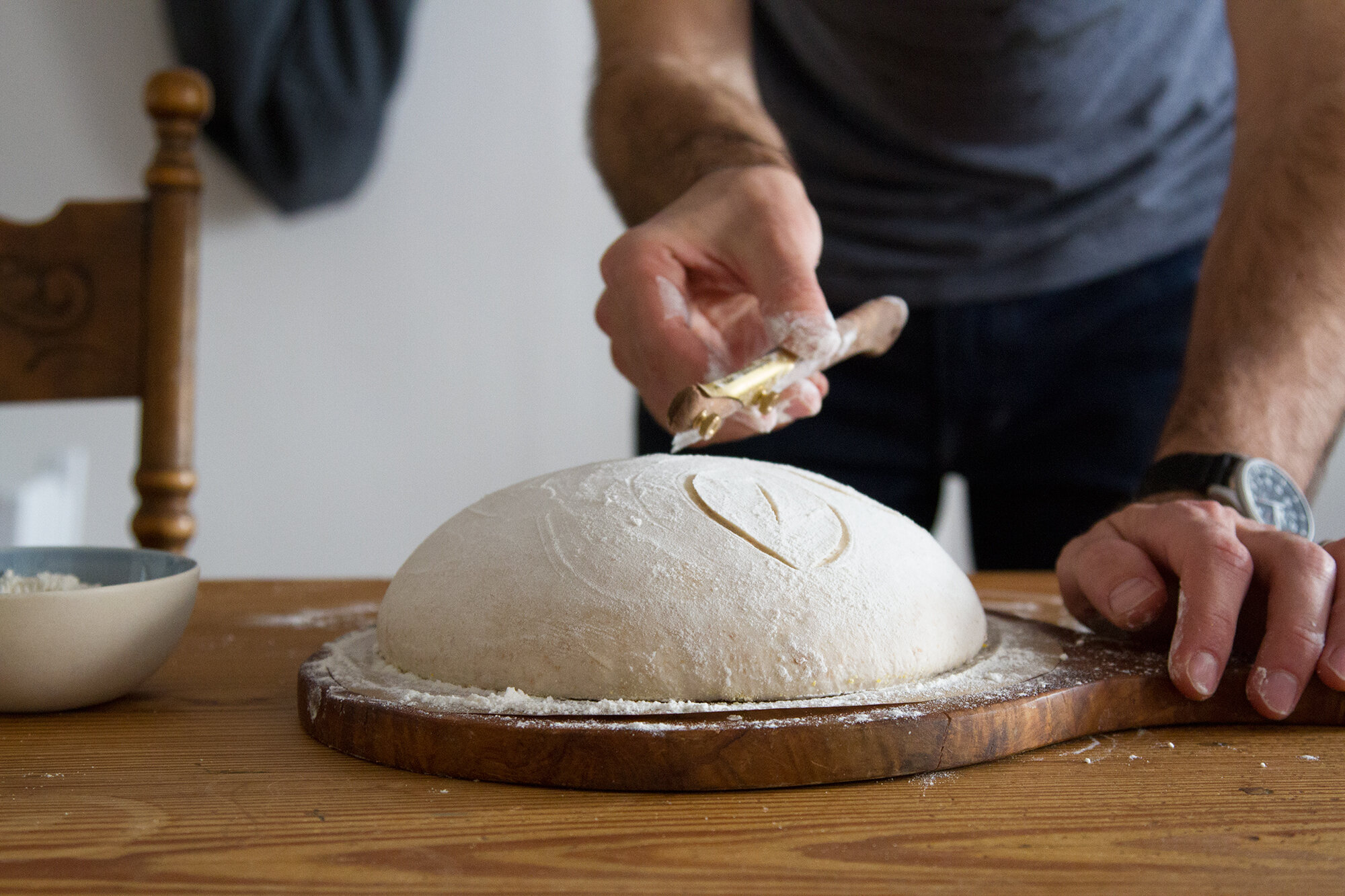 Do you need any special tools?

+ A walnut bread lame for scoring.

+ A walnut dough scraper for shaping.

+ A banneton and liner for dough resting.

+ A digital scale for measuring. (James has also endeavored to weigh ALL of our children using our scale. Results for human children unreliable, results for dry goods, great.)

+ A bread pan for baking in.

2020 Update: Challenger Bakeware gave James the opportunity to test-drive his sourdough in their Challenger Bread Pan earlier this year. It’s enabled him to bake larger loaves that don’t get smooshed in our dutch oven and it’s now the pan he uses exclusively to bake in. I’ve updated links for the other essentials James uses to direct to Challenger where RMTL might earn a small commission for any products sold.

(2017: Not for bread, only, James bakes his bread in our oven inside our enameled dutch oven. (Persnickety cohabitor warning: Unless you’re an exceptionally diligent scrubber, putting your enameled cast iron into the oven week after week at such high heat will mean it inevitably gets some baked on brown drips and spots. A soak in baking soda and lemon goes a really long way toward cleaning it up, but if you have the room for it, you might consider getting a plain old cast iron dutch oven or (even better) a double cooker for home bread-baking.) 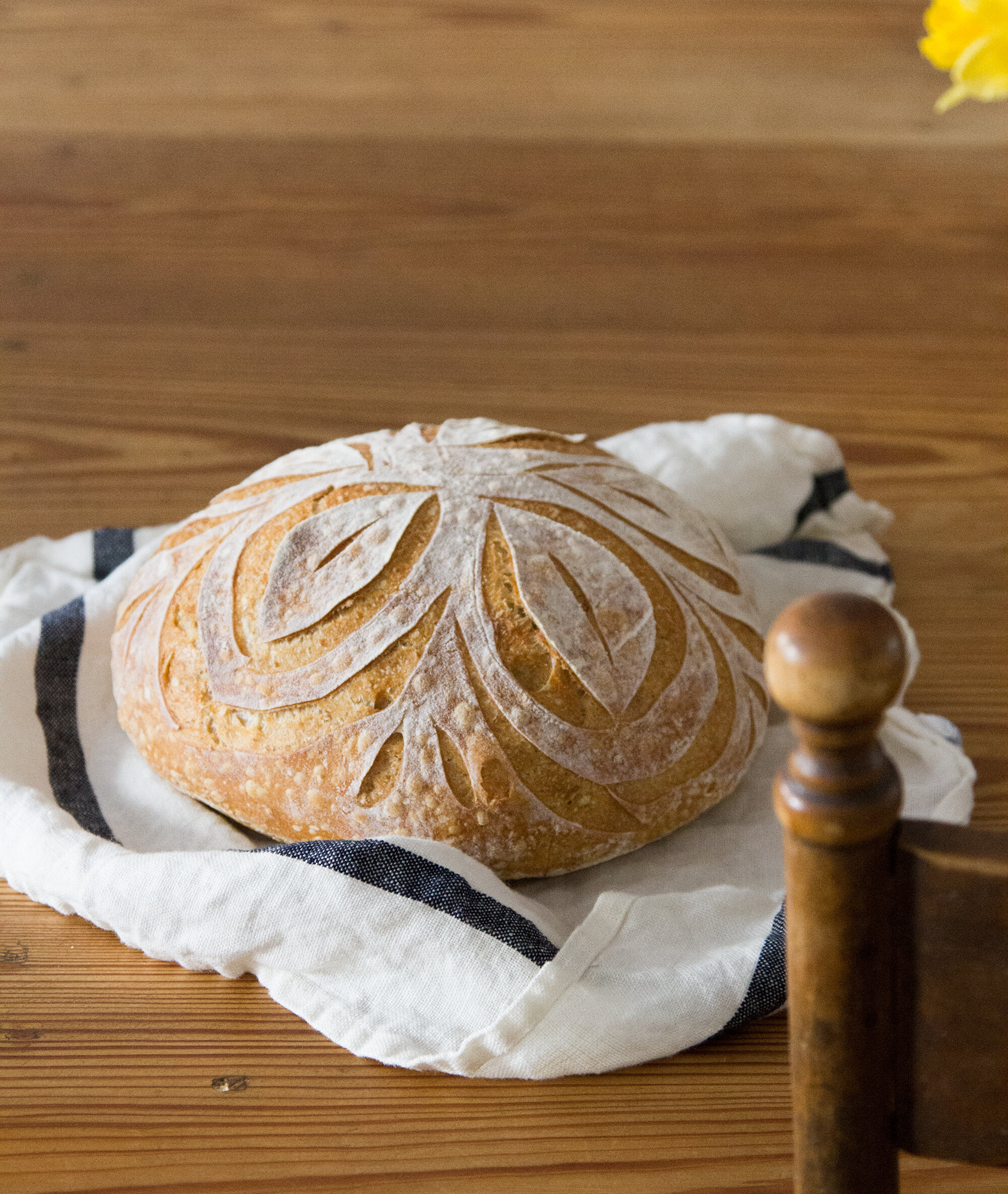 Tell me about the pizza!


It’s so delicious!!! James uses Chad Robertson’s method from the Tartine Bread cookbook here, too. It’s so much better than other homemade pizza we’ve endeavored to bake and not just because I’m not the one making it. 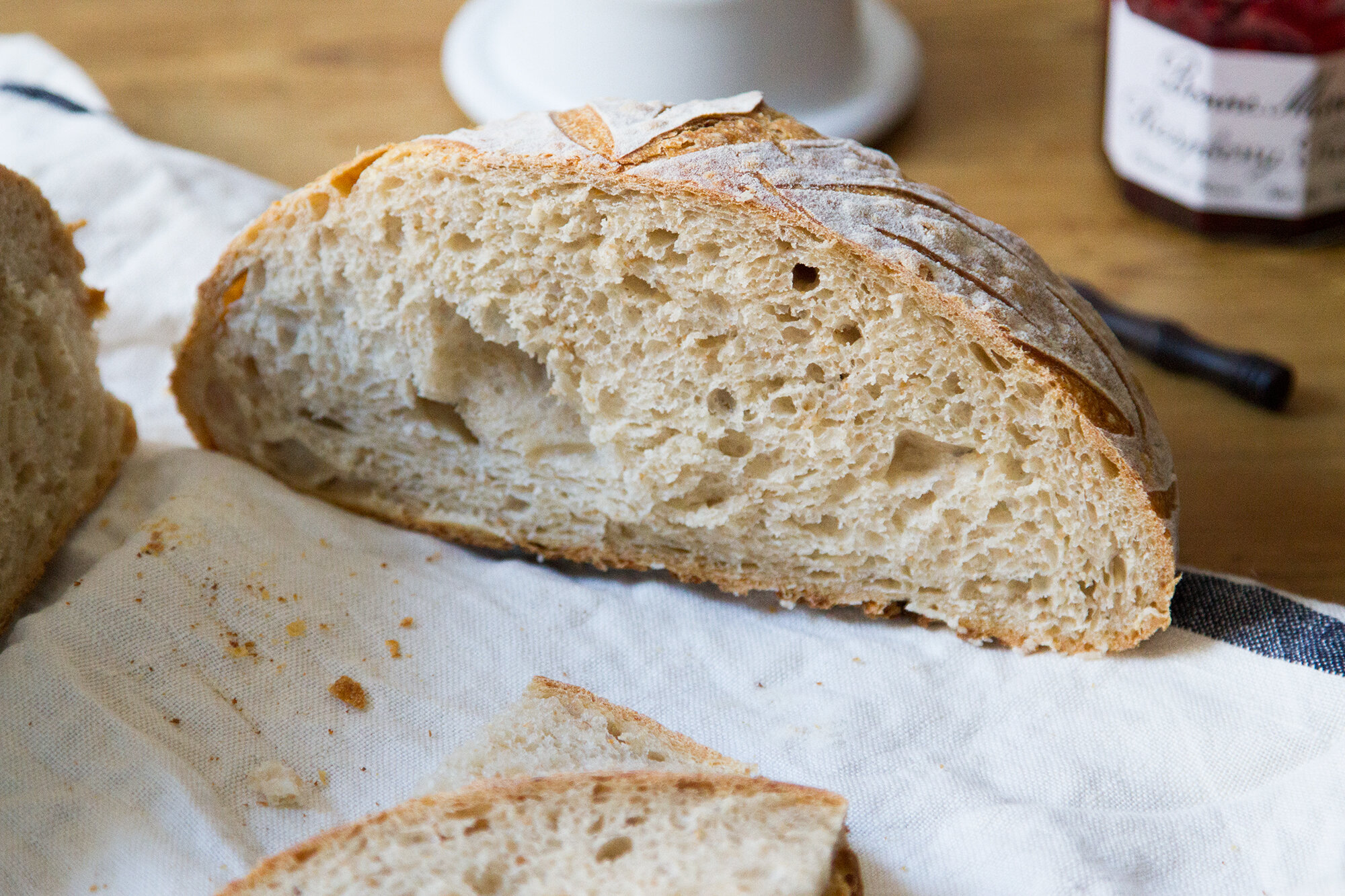 A few other tips for serious sourdough nerds:

+ After James shapes his dough, he finds he gets more flavorful loaves by putting it into the fridge for an extended final rise (12-24 hours).

+ James uses parchment paper to get his scored loaf into the hot dutch oven without smooshing the loaf or burning his hands.

+ If you start a regular bread-baking habit, expect some burns. James coerced me into getting him a pair of heavy-duty oven mitts. They take up all our remaining cabinet space, but at least his hands aren’t getting burned weekly.

+ Many moons ago, James and I had the chance to taste a loaf of Sarah Owens’ rustic sourdough bread. Her newish book Sourdough is a beautiful guide to getting fancy with sourdough. 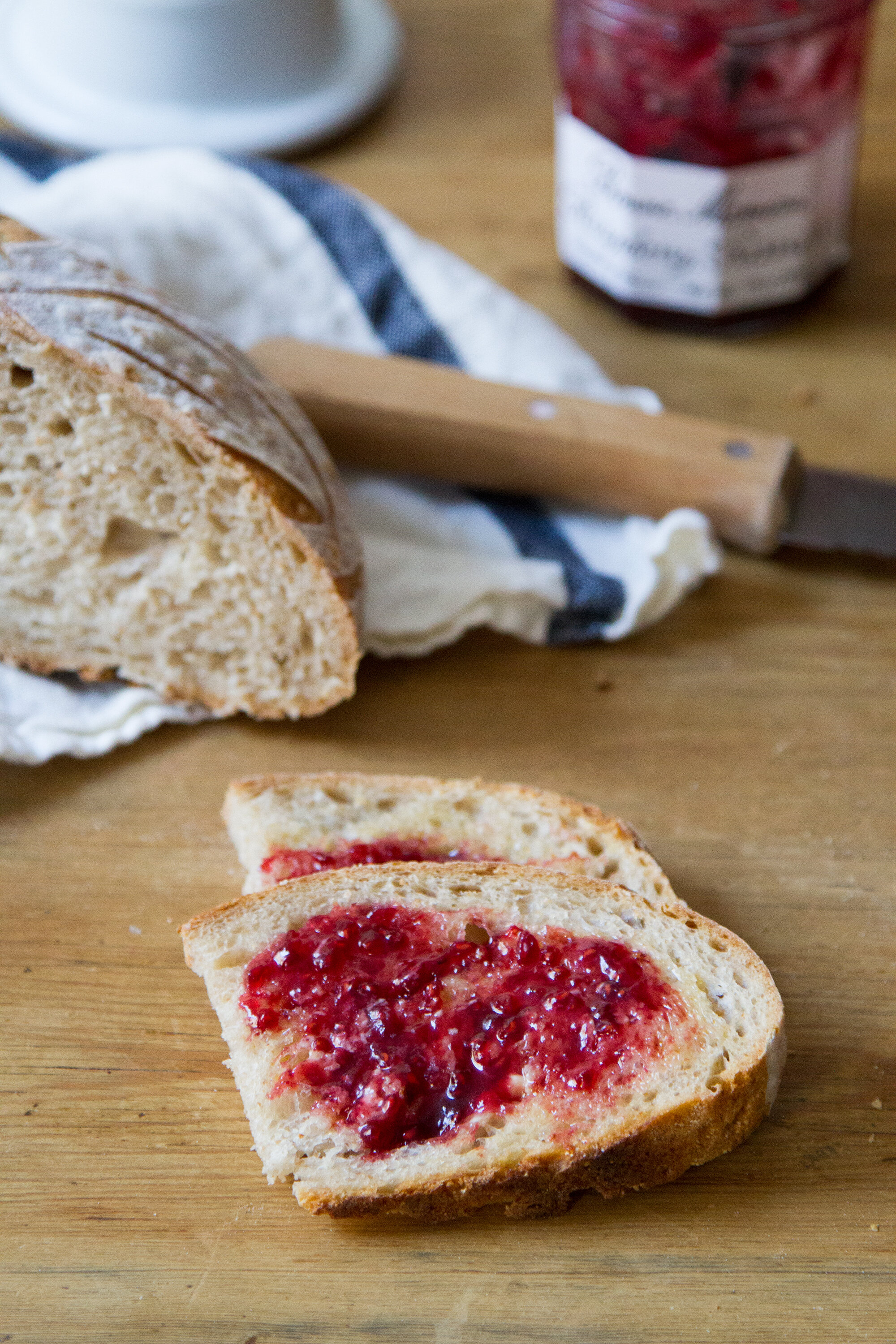 What about you guys? Seasoned sourdough experts out there? Newbies? Feel free to geek out in the comments. I’ll be watching from the sidelines. 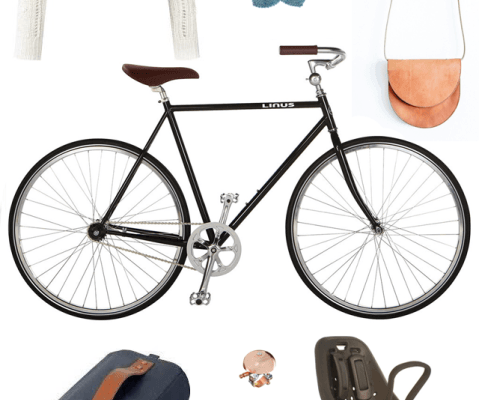 make-believe: biking with a baby. 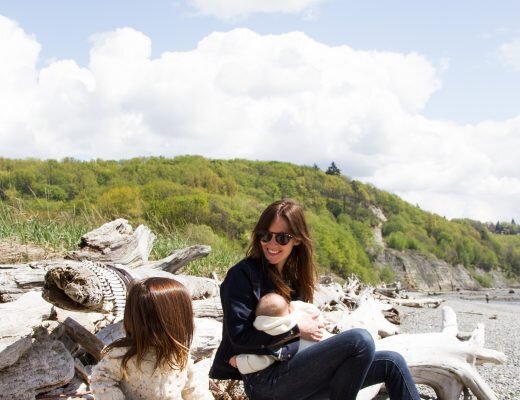 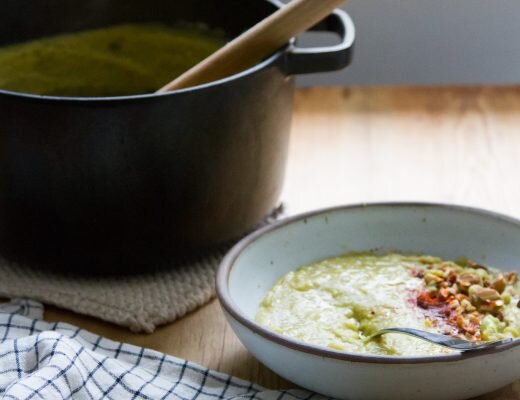