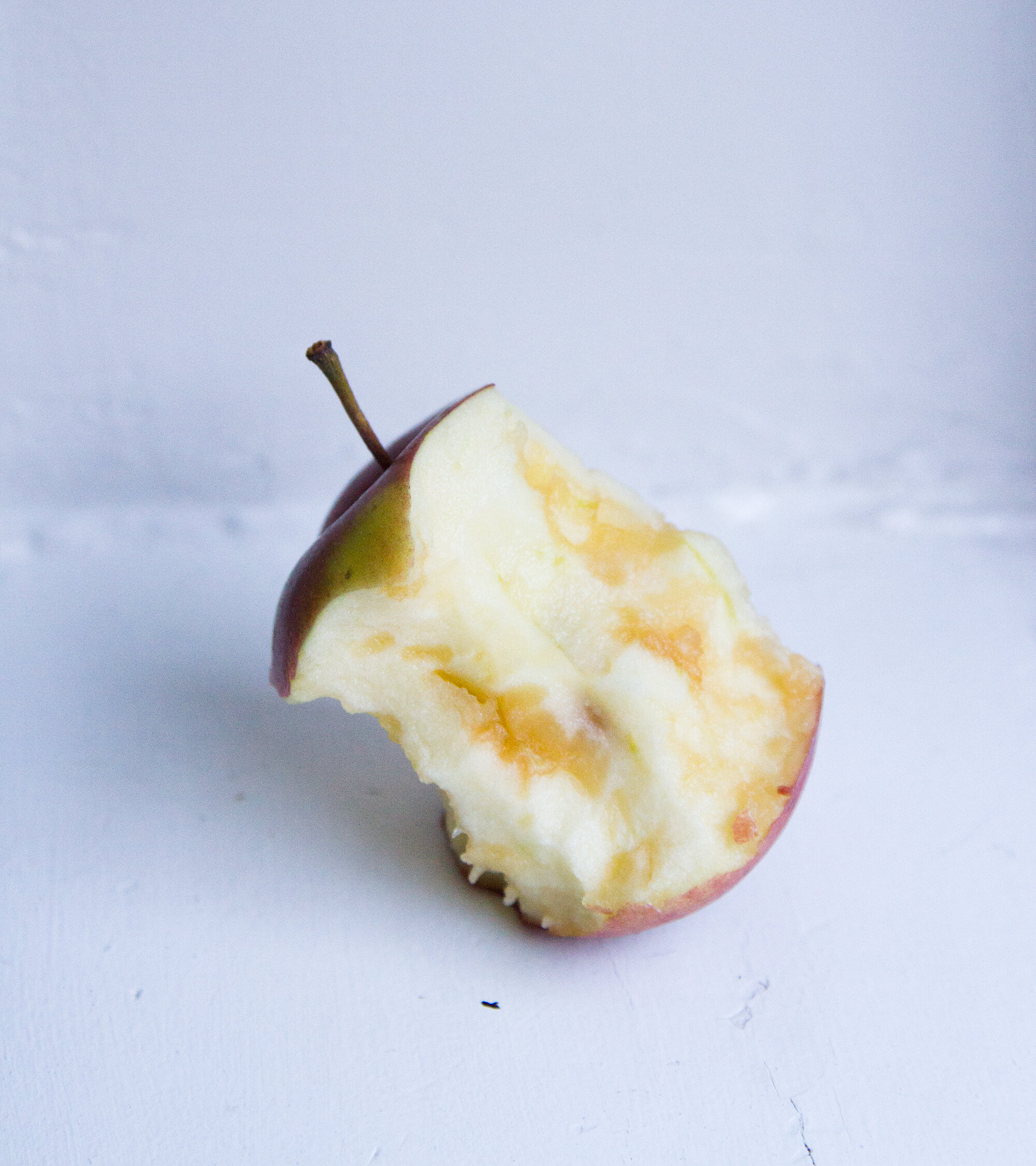 A few months ago, at a dinner out, Faye popped her head over the top of the restaurant booth and saw the party next to us drinking from cocktails with plastic straws.

“That’s not for the environment,” she chirped.

The group exchanged confused glances and she clarified her point:

“Plastic is NOT for the environment.”

“Ah!” They chuckled at her nervy pronouncement. I nearly died of embarrassment.

Mortification aside, the moment illustrates a tricky component of trying to go without some of the trappings of modern life that aren’t, perhaps, so great for the environment. Namely: It’s hard not to appear sanctimonious. Let it be known, we make a lot of efforts to reduce the waste we produce in our house and we’re still not perfect.

Since my last zero waste progress report, for instance, I’ve fallen out of the regular habit of only getting tofu at the neighborhood grocer where I can take it home in my own container. The homemade yogurt experiments I spoke of? I still avoid single serving containers, but making-my-own efforts have ground to a halt.

But I think in matters of zero waste (and just about anything), shame isn’t a very good motivator. So instead of lamenting all of the ways where I’ve failed in my zero-waste efforts, I thought I’d share a few additional tactics that I’ve had success with since the last time I wrote about this stuff. In case they’re helpful, some tips:

Use local services/know local rules: We spent six years freezing our food scraps and bringing them to the neighborhood farmers’ market for drop-off. It wasn’t a terrible amount of work, but it did require some planning and some schlepping and there were weekends when toting a slowly defrosting bucket of frozen compost a handful of blocks to the market was the last thing I wanted to do on a Saturday morning. This summer, we got curbside food scrap pickup and we couldn’t be more excited. In New York City, curbside pickup includes all food waste, so even things like the macerated remains of a toddler’s burrito or the uneaten dregs of a soup pot can go into the bin. Since pickup started in June, our already modest garbage loads have gotten even lighter (and basically totally odorless, thanks to cloth diapers and wipes). But I’ve also been surprised at how few people in our building—and on our street—are using the service. Here’s a little encouragement to seek out what services your city might have. Far from every city has local curbside food scrap pickup, but it’s worth digging around a bit on your local sanitation department website and understanding what kind of local waste reduction services are available to you. (Usually there are more than you realize.) This summer, for instance, I realized that there was something I could do locally with plastic film that finds its way into our house. And it galvanized me to stop indulging so much in things that just plain old aren’t recyclable. (Here’s looking at you, potato chip bags.)

Send things back from whence they came: Metal hangers from the laundromat, plastic pots from the nursery, berry baskets from the farmer…I’ve mentioned some of this before, but a really satisfying way to reduce waste and get used to keeping things out of the recycling system altogether, is to put them directly back into use instead. I see metal hangers sticking out of recycling bins on my street every week, but it’s just as easy to drop them back by the laundromat where they can be immediately put back into use. Last week, I bought two pots of mums at the farmers’ market. I didn’t have a bag to carry them home in, so I returned both pots and plastic bags back to the farmer when I was finished planting! For moments when you can’t avoid a disposable something or other, it’s worth pausing before relying on recycling.

Decide good enough is good enough: The spring before last, we ordered a new toilet seat to help with toilet training. When the seat was delivered, the wooden top of it had a ding. I immediately made plans to return it, but it occurred to me that once returned, the slightly damaged seat likely wouldn’t be repaired, it would just be thrown away. I decided good enough is good enough and kept the seat, ding and all. (If you can’t fix it, live with it?) This same philosophy can be applied to all sorts of things with minor imperfections. Making returns is expensive (especially for small businesses) and not without costs to the environment in terms of the restocking/repacking process, shipping, etc. The next time I’m tempted to return something, I’m considering the full picture.

Swap your garbage can: In the same way that a tiny closet can help you keep your clothing purchases in check, a tiny trash can can help you pay better attention to what you’re putting in it. Consider making more room in your recycling bin and less room in your trash bin. Our trash can is already tiny, so we’ve kept that, but we rarely need to empty it and we’re considering going bagless. If you have a larger can, consider exchanging it for a smaller one (or a glass jar) and pay attention to how often you need to empty it!

+ As great as it is to be able to keep food waste out of the landfills, wasting perfectly edible food is a big problem in its own right. I’m excited to see the film, Wasted! The Story of Food Waste. It opens in theaters this week!

+ What about you guys? Successes? Failures? Stumbling blocks? 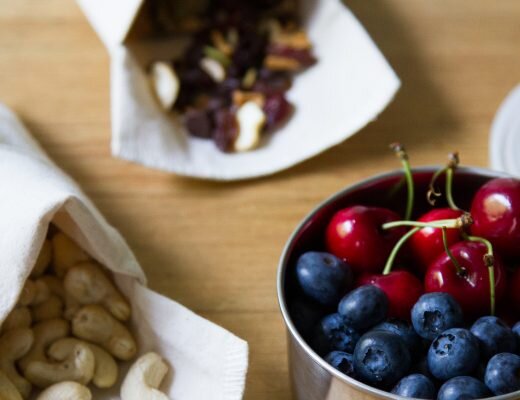 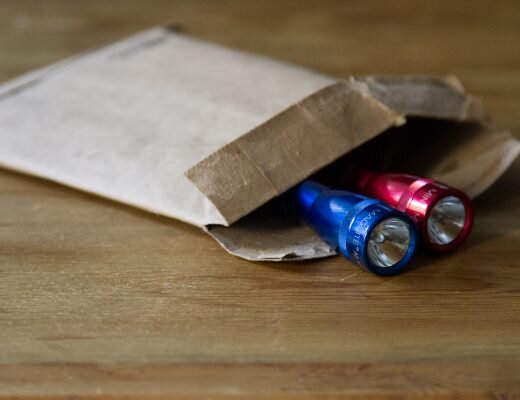 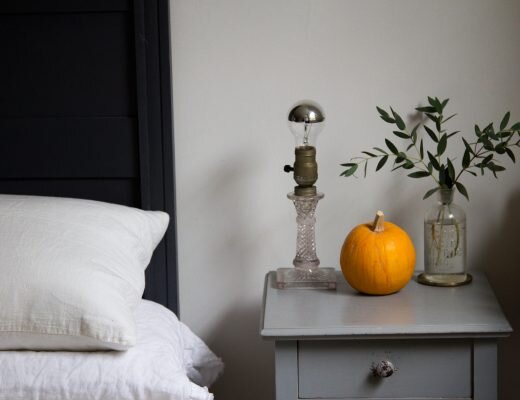