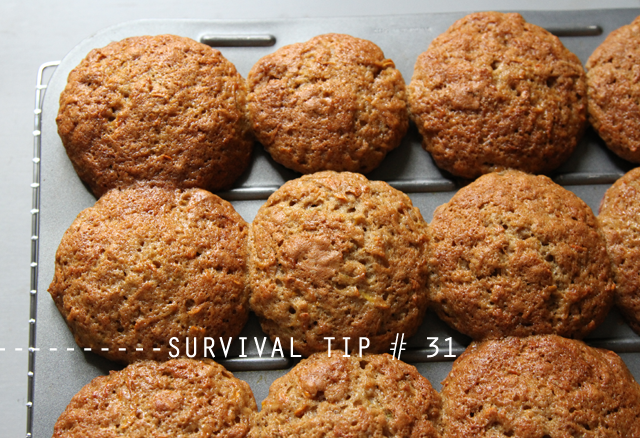 Tip #31: Don’t worry too much about cooking odors.

When people find out that we live in a tiny apartment, a common question is whether or not we cook. The question often stems from people being curious about whether or not we have full-sized kitchen appliances or whether we have enough counter space to chop and dice effectively, but a surprising number of people ask whether our tiny apartment traps cooking odors. It’s a strange preoccupation, but I won’t say that I’m entirely immune to the worry. I’m writing this in part because last night for dinner, James and I seared a cast iron skillet full of scallops caught by a fisherman friend and already this morning I have burned a candle, opened our window and baked a batch of muffins to cover the remaining hints of fishiness.
Here’s the thing: the vast majority of apartments in this city–especially tiny ones–have no cooking fan, no kitchen vent, no real way of circulating air other than to open a window and pray for a breeze. I say, throw caution to the wind. Cook your heart out and make up for bad smells by cooking other things that smell better. It’s either that or deprive yourself just because caramelizing a few onions might make the joint a little more pungent one night. Not a good trade in my book.
If you really can’t stand lingering cooking odors, I suggest papier d’armenie. It works like magic. Warning: when the paper is first burned the smell can seem oppressive–like church incense gone wrong (which is usually the way, isn’t it?), but the end result is delightful. Within minutes after burning, the odor of the paper and whatever malodorous something it was trying to mask are both gone. Poof. If you know of a local spot that sells it, lemme know. I’m on the lookout. {Update: Brook Farm General Store has it in stock! Thanks, Amanda}
home life in a tiny apartment small space
13 Comments
Share: 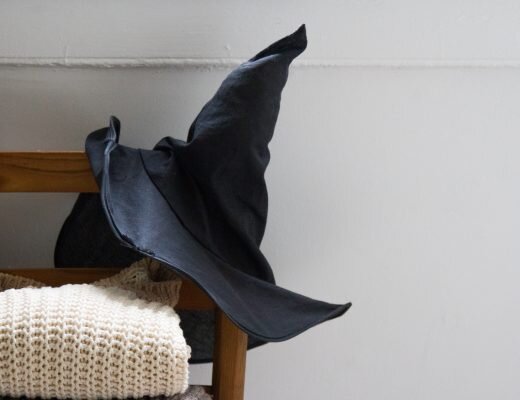 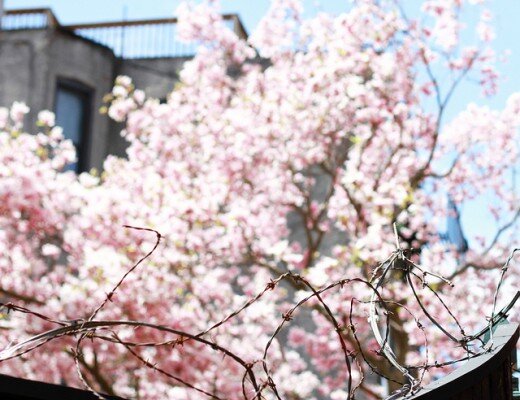