For someone who can be eager to get rid of certain things, I develop fierce attachments to other things. And chalk it up to too much time spent in museums and studying about them, it’s objects that for me are the best storytellers. (Case in point).

The story of our bedroom furniture is also the story of my early relationship with James.

When I moved to Wilmington, North Carolina just 6 days after my 23rd birthday and 5 days after returning from a year spent away in France, I arrived with a suitcase and a mixed CD from my sister Cait.

James had moved down a month ahead to begin work with the resident sea turtle population and he found us our first rambly apartment all by his lonesome. It was on the bottom floor of a sunken Queen Anne style house on the corner and it had a deep wide enamel sink in the kitchen and cockroaches in the walls. There was a front porch and an overgrown garden and inside the floors creaked from a lack of furniture and stable footing. But James had made valiant efforts at homemaking and by the time I arrived there was a bed set up and a dresser for me to unpack my suitcase into.

For the sake of brevity and honesty, let me say that my youthful generosity about James’s decorating only went so far.  The behemoth dresser he’d found for us had warped drawers and chipping veneer and it had to go and as quickly as possible.

In the next week we scoured Craigslist and found a pair of dressers for sale in a nearby town. They had mismatched brass handles and a silvering mirror and most people probably thought they looked altogether worse for wear. For me it was love at first sight. I knew instantly they were the drawers for us, made of solid wood with carvings that matched the carvings on a headboard I’d rescued from my parents’ attic.

James and I drove together to pick them up and on our next trip to Connecticut we strapped the wall of a headboard to the roof of the car and sailed back south.

I painted the trio to match each other—a single coat of pale green—and added the least offensive and least expensive drawer pulls I could find.

Last week began a new era. Seven years later we’re in our fifth apartment together and there’s a little Junebug on the way. A fresh coat of paint was in order. I’d love to replace the pulls eventually, but the twenties dropped here and there on tiny apartment improvements have been adding up and so for now I’ll leave them be.

If it’s tips and tricks you’re after, may I suggest a look in the book of one of my original blog friends, Barb Blair. Furniture Makeovers can offer, no doubt, far more useful information than I can.

But in case you’re too antsy, here are a few notes of my own, in no particular order:

1. Start with real wood. Painting over the high gloss fake stuff has been, for me, disastrous. If you don’t have the choice, do your research on prepping the surface before beginning and expect that the prep might involve some chemicals.

2. When I first painted the dressers and headboard, I wanted a subtle whitewashed look, not a thick coat of paint, so I sanded them, wiped them down, and applied one thin layer of paint so that the original wood still showed through in spots.

3. Second time around I wanted something deep and dark.  We bought a gallon of Benjamin Moore Super Spec paint for $25 at a local hardware store and got it tinted an almost-black called Abyss. (Benjamin Moore Ultra Spec 500 is zero-VOC and approximately half the cost of Benjamin Moore’s Natura zero-VOC. I do not know why, but that is the truth. Unfortunately, it only comes in gallons, but those are still less expensive than a quart of the other stuff. If ever we buy a boat, we’ll have enough paint to cover that, too.)

4. Let the paint dry before giving it a second coat. If you don’t, it gets tacky. And no one wants a dresser that sticks. 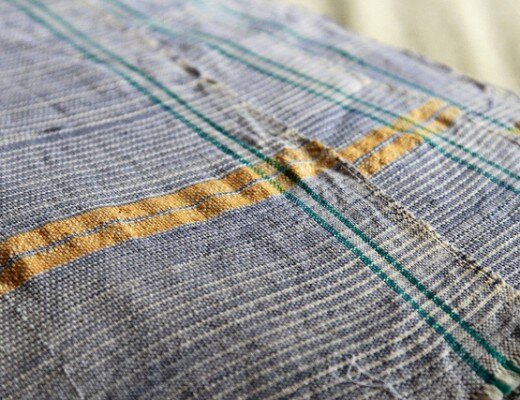 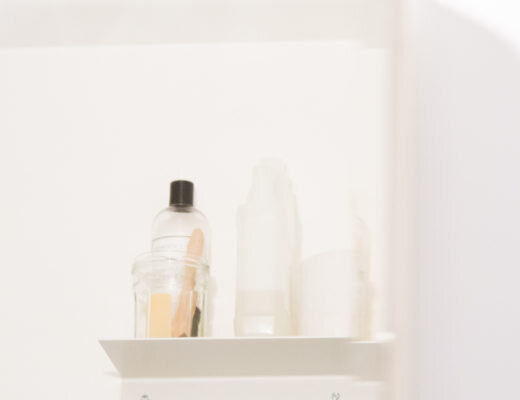 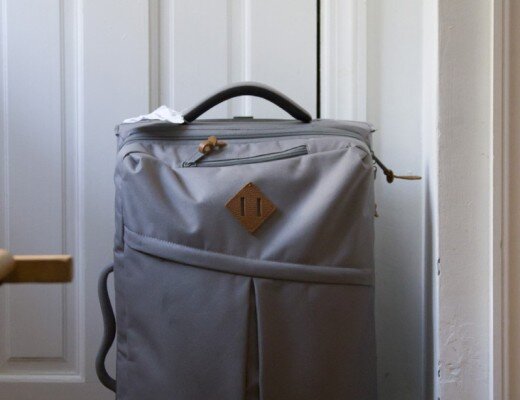