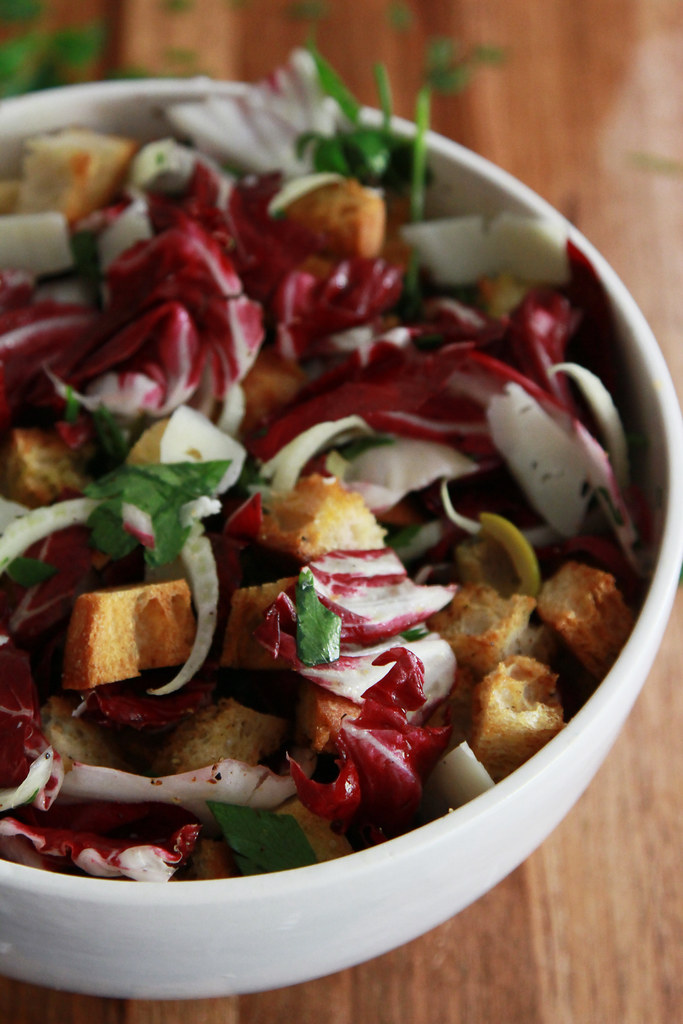 My very favorite part of summer produce are the heirloom tomatoes. No doubt I’m not alone in this. I can eat a juicy summer tomato in the same way I eat a peach—teeth breaking the thin skin, pink juice dribbling down my chin and wrists. A good summer tomato requires little more than a pinch of sea salt and a drizzle of olive oil to turn it into a meal. And if you’ve been reading these tea leaves for awhile, you’ll know that the faster a meal comes together, the happpier I am.

This is all a roundabout way of saying that yesterday I found myself with a loaf of past-its-prime bread and no juicy August tomatoes to turn it into a lip-smacking panzanella. I was gearing up for a sad dinner of French toast when I remembered a slender bulb of July fennel tucked into the crisper.

Like any modern woman faced with half an idea for dinner, I turned to my friend Google and began to type:

Why I google as though not equipped with a proper command of the English language, I don’t know. But, abracadabra! The spell worked and a recipe I found. I strapped Faye into her stroller, wheeled her down the street to pick up what I could remember of the list I left behind and came home to make a dinner that turned out to be quick and delicious and worthy of sharing here. 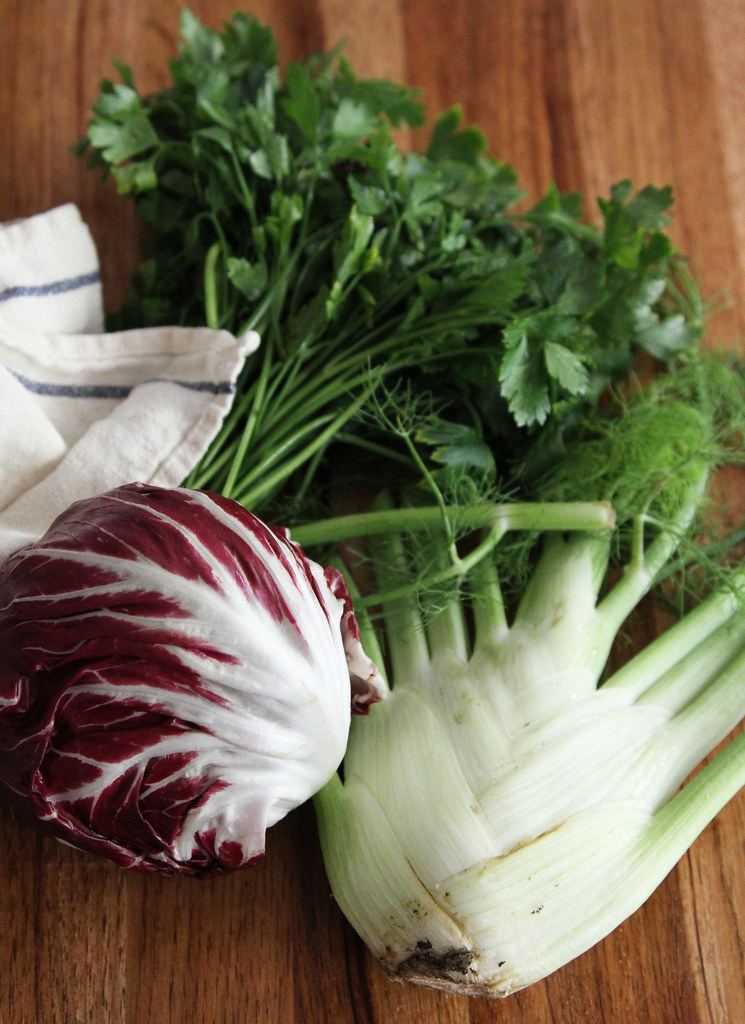 Radicchio, fennel, and a bunch of flat-leaf parsley for a pre-peak-tomato-season panzanella. 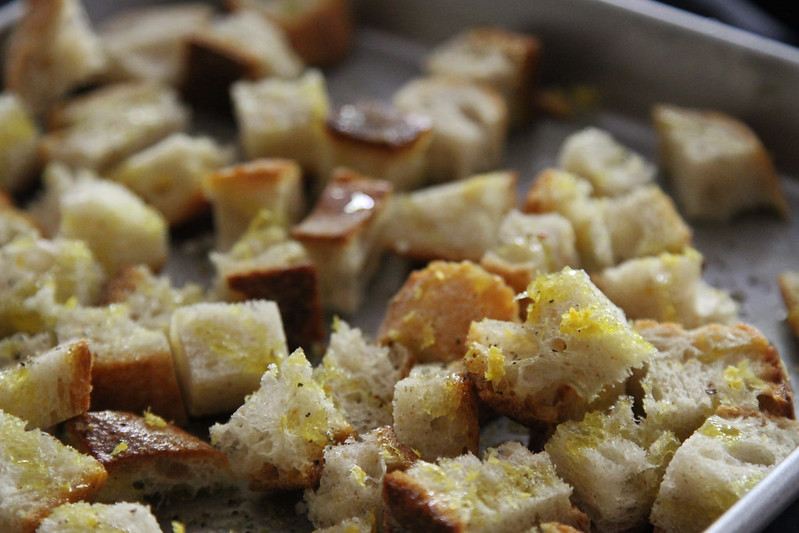 If there’s nothing else that appeals about this recipe, the lemon zest added to the croutons will. So simple and such a game-changer. 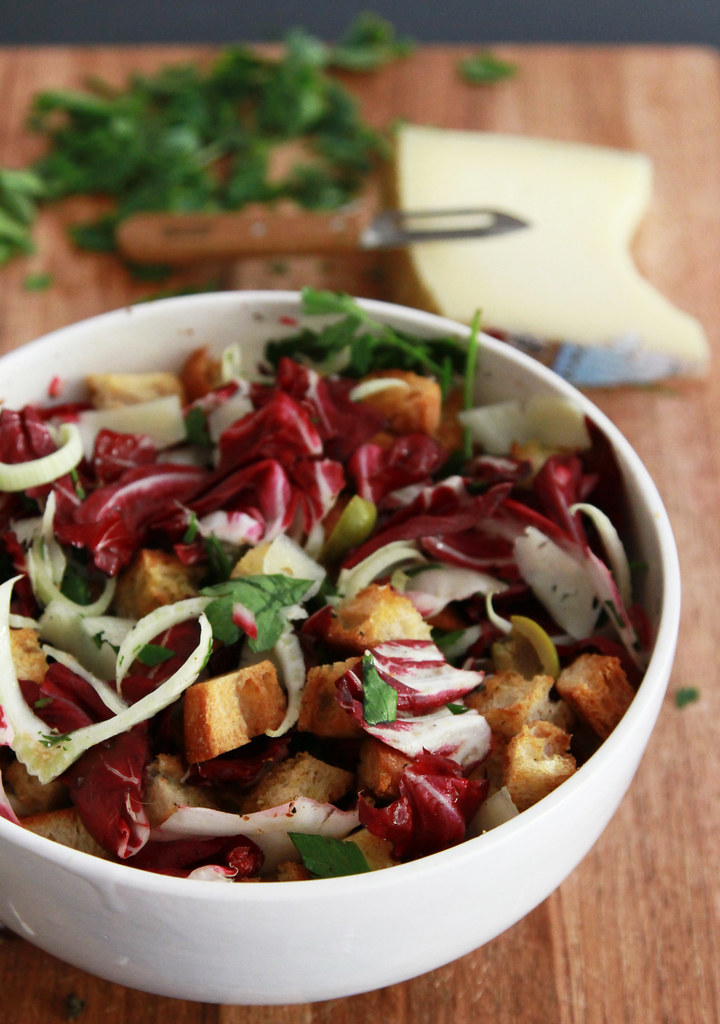 The result? A salad that tastes like someone tossed the antipasti plate into a bowl and called it dinner. Pasti? 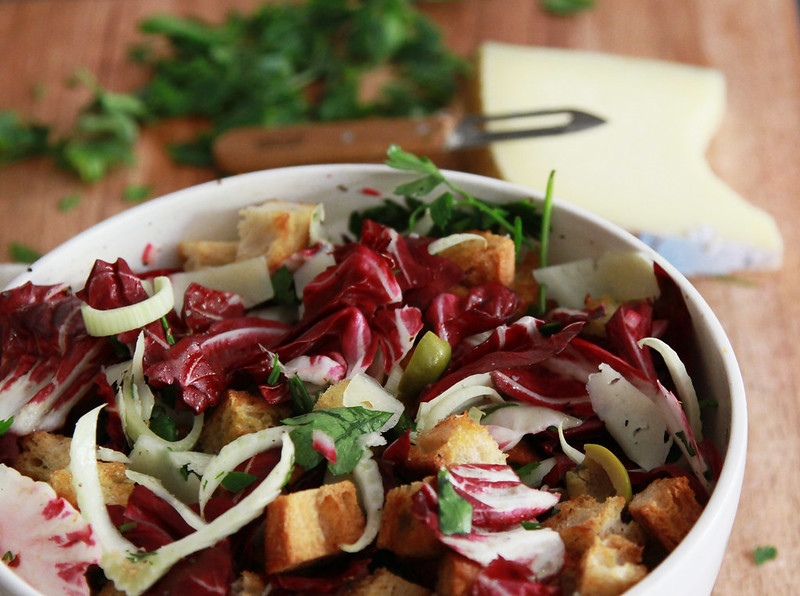 Adapted from this recipe from Bon Appetit. Slight changes based on what I happened to have at home, what I remembered to buy on my trip to the grocery store, and what I like best.


3/4 loaf of day-old baguette (or whatever bread you happen to have), cubed
zest of one lemon
olive oil to taste (lots)
salt and pepper to taste
1/4 red onion, finely chopped
juice of 1 lemon, plus more to taste
1 small head radicchio, torn into pieces
1 small fennel bulb, thinly sliced
1 bunch flat-leaf parsley, removed from stems and roughly chopped (don’t skimp)
1/2 cup or so pitted green olives, halved if you care to bother
shaved Manchego to taste (I used about an 1/8 of a pound)


1. Preheat the oven to 400° F. Toss cubed bread with the lemon zest and a generous drizzle of olive oil (really coat those cubes); season with salt and pepper. Bake until crispy, making sure to jiggle the pan occasionally. Allow to cool.

2. In a large bowl, mix red onion, lemon juice, salt and pepper. The original recipe calls for shallot instead of onion, red wine vinegar, and fresh oregano. I had none of these, but feel free to add them here if your heart desires. If you’d like to use vinegar, cut the amount of lemon juice by half.

3. Add chopped radicchio, fennel, parsely, olives, and a hearty portion of shaved cheese. (Hard salami could be added here for meat-lovers.) Toss to combine. Taste and add another squeeze of lemon or drizzle of olive oil as you desire (I finished by adding the juice of a second lemon). Chill.

4. Remember hours—even a day—later that you’ve got dinner in the fridge and serve. 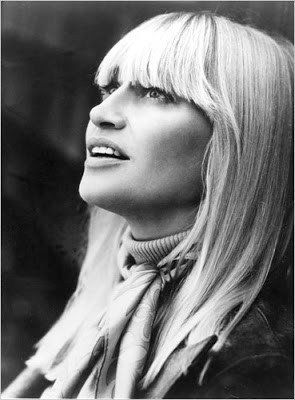 a song to sing. 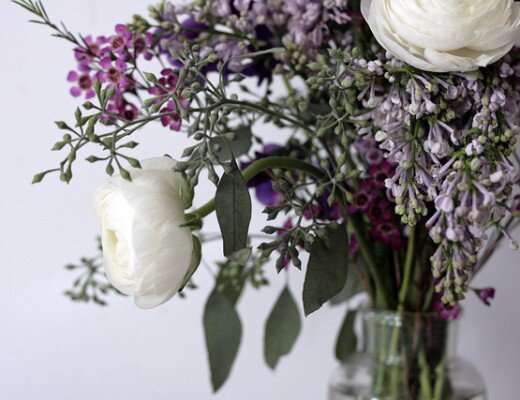 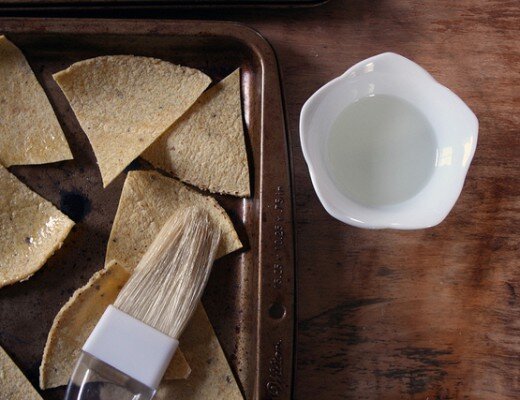