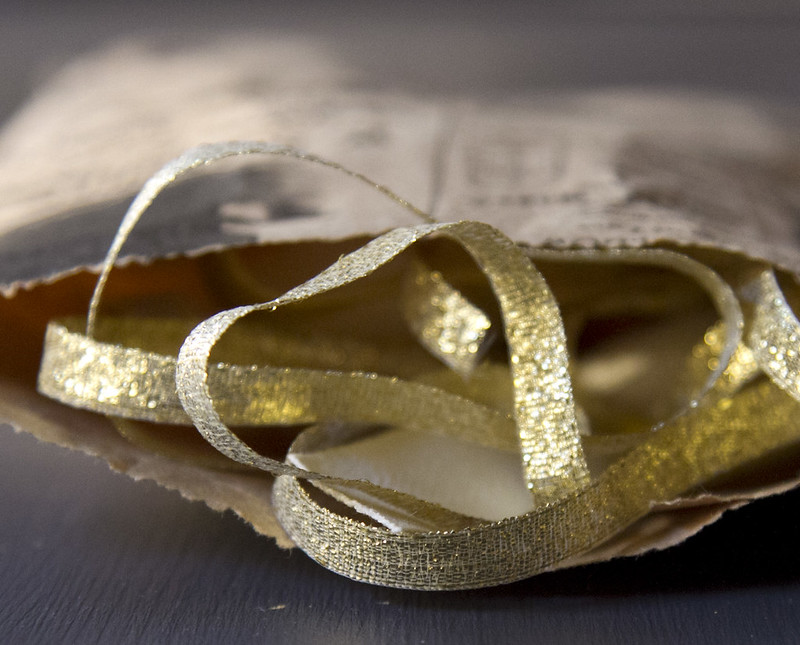 If the title of this post just sent you into a panic, I’m sorry. All of this less-is-more, quality-over-quantity business can start to sound like a dictum from some gift-giving guru with unattainable standards, or worse, an awful lot like bah-humbug. Trust me when I say that I have no intention of playing the role of Scrooge in this year’s performance of A Christmas Carol. I love getting presents. I love giving presents. I’d go so far as to say that part of the joy of the holiday season is the gift giving.

But despite my enthusiasm for presents, I can become overwhelmed by the stuff of the holiday season. And anecdotally, it’s clear that I’m not alone. When faced with a challenge, I say that the best solution is to strategize. So, here are a few ideas for ways that as individuals—and as families—we can focus on giving fewer gifts, more thoughtfully, minus the pressure of perfectionism: 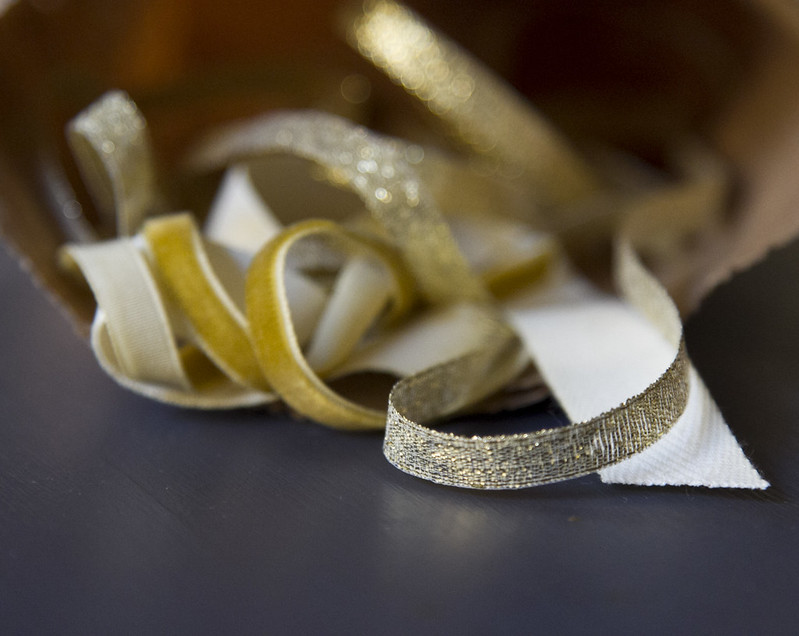 Pick a Number
Especially helpful for families with small children, establishing a set number of gifts that you’re hoping to give each member of your family helps you, in the words of my dad, “quit while you’re behind.” Whether it’s one gift or five gifts, it’s a nice idea to set the number from the onset so that you can keep it mind as you shop.

Do, would be my pick, poetic dissonance notwithstanding.

Setting a number helps you show restraint when faced with the 2-for-1 (or 10-for-1) sales that pop up this time of year. If you’re someone who shops with a set budget in mind, it can also mean that you’re able to get one thing that’s truly special instead of many things that aren’t. Instead of buying many new onesies, for example, you might decide to pool your resources to buy one really special one (shh…don’t tell Faye).

Pick a Theme
For older families, getting everyone on board with a themed holiday can be festive and might take some of the pressure off. The idea of gift giving within a theme might seem stifling at first but I’m convinced that half of the pressure of holiday gift giving comes from too much choice, not too little. Maybe the theme is Something to Eat and everyone gives everyone else a single food-related gift. Or maybe it’s Made in the USA, and everyone gives gifts made in the US. One year when I was growing up, my mom decided that all of the gifts that we gave to each other at Christmas had to be something that might have been made in the 18th century. (No need for your own family category to be quite as wacky or to include quite as many oranges in Christmas stockings, but you get the idea.)

A single theme can also be a strategy for giving a few gifts to just one person without overwhelming them. For James’s birthday this year, for instance, I wanted to get him gifts to encourage his new-found love of bread making (see also: gift giving with ulterior motives), so I bought him the most beautiful bread-making book

I could find, a few special flours, and the dough knife and spatula recommended by the bakers who wrote the book. Another year, we sent a care package to James’s family filled entirely with Brooklyn-made comestibles. This way there are a few presents to unwrap, but each of them was useful (or edible!) and based around a single, simple idea.

Pick a Name
My brother-in-law has a really big immediate family, which husbands and wives and now kids have made even bigger. Every year they pick names out of a hat so that each person is only responsible for getting one special gift for one other person. The benefit is that the gifts tend to be pretty awesome. Dinner out to a cute new restaurant, tickets to see a play, a handcrafted something or other. If you only have $50 to spend on a gift, it’s nice to be able to pick something special for one person or for a couple, instead of trying to spread the same $50 across 15 extended family members.

Pick a Present:
But—and I can almost hear the desperation in your voices—what do you do about everyone else? The people who you can’t strategize with? The well-intentioned grandparents, or in-laws, or brothers and sisters who might be stockpiling presents for you and your offspring right this very minute?

At the risk of sounding like an armchair psychologist, I think the best strategy when it comes to receiving gifts is to a) to offer lots of ideas b) graciously accept what people give to you.

Do due diligence by gently spreading the message that you don’t need very much for the holidays. But quell the notion that you’re a Grinch by offering a few suggestions of things (or experiences!) that you would enjoy. In other words, help a mother out. I’ve noticed as I’ve gotten older that it can be difficult for parents to stop playing the role of Jolly Old Elf, even after their kids are grown. But gently suggesting to generous parents that you don’t need to open lots of presents, but that you do have your eye on a special scarf, might help do the trick.

If it’s kids with an exploding toy chest (or room) that’s the problem, suggest that Grammy and Gramps buy them a series of dance classes instead of a sleigh-full of toys.

The bottom line: You won’t get everyone on board with the idea that less is more, but you’ll have tried. And if a few extras do arrive, the best bet is to smile graciously, put those gifts to use as best as you can, and count your blessings. And remember: gift giving is not generally considered a malicious act. So.

NOTE: If focusing on quality over quantity makes you feel undue pressure to find THE MOST PERFECT, MOST MEANINGFUL, MOST BEAUTIFUL GIFT IN THE UNIVERSE, don’t worry. There are weeks to go before the holidays and with a little luck the upcoming posts will help sort out some of the specifics.
gifts holiday home style
15 Comments
Share: 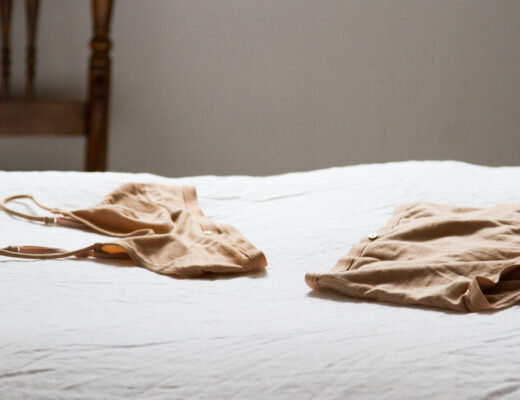 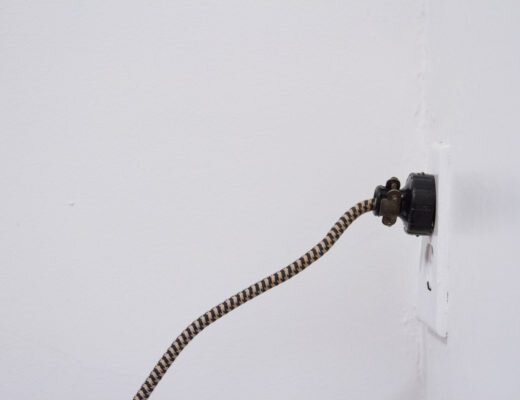 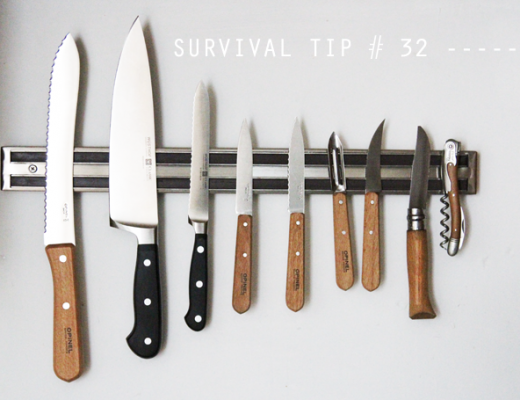