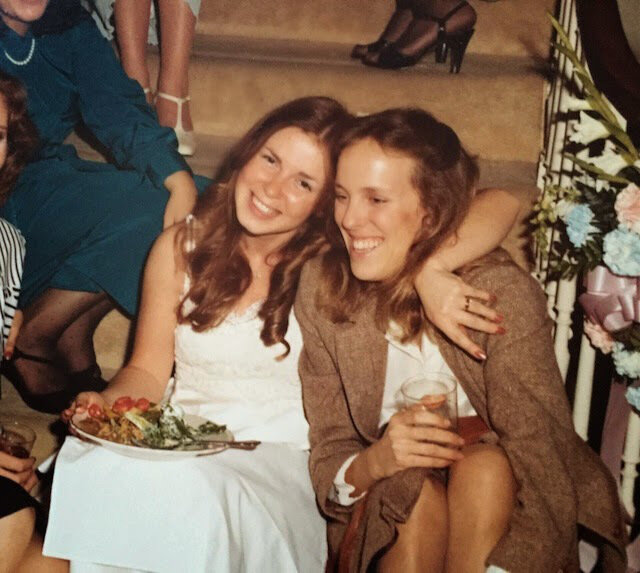 Tip #114. When there aren’t enough chairs, put your plate on your lap.

This is a photo of my mom on her wedding day, eating from her lap. Extreme cuteness of my mom aside, let’s focus on the task at hand, which is eating off a plate with nary a table in sight.

Thanksgiving is next week, and if you have a small apartment, or a small table, or a perfectly average-sized apartment but an above-average number of friends or family, you might be worrying about where everyone is going to eat.

And the answer is on the floor. Or on a cushion. Or squeezed four to a couch that comfortably fits three. Or, anywhere.

You probably don’t need instructions on this. If your family is anything like mine, you might’ve been doing this since childhood, plate loaded up with mashed potatoes and cranberry sauce and a larger-than-wise portion of stuffing. You, too, might have sat cross-legged on the floor, plate balanced between your thighs and elbows poised and ready to direct a firm shove to any lurking dogs who might be ready to steal a dinner roll. While we often set up extra tables and dragged in extra chairs, the “kids table” at our largest family gatherings was sometimes not a table at all, but a room full of cousins and neighbor kids. We perched on cushions, hunched over coffee tables, squeezed two into an armchair, scarfed our meals, sneaked sodas, and abandoned the leftovers to be snatched by those patient pups.

But just in case you didn’t grow up eating from your lap, here are a few tips, Thanksgiving in mind:

1. Drinks first. No, I’m not telling you need to be drunk in order to enjoy a meal on your lap (though that might be your tactic). Pour yourself a drink (of whatever variety) and find a place to put it down before hitting up the buffet. Return to it later, your dinner plate loaded, drink and dignity still in tact.

2. Don’t forget the napkin. In case the lack of a table wasn’t indication enough, when you’re eating from your lap trust that some lack of traditional table manners can be forgiven, but putting a napkin on your lap is not one of them. Before you dig in, get yourself ready for errant bits of turkey and roly poly stuffed mushrooms by covering your lap with a large napkin.

3. Embrace one-handed utensiling. When balancing a plate on your lap, it’s sometimes easiest to go the fork-only route. If you don’t get every last pea off the plate, you’ll be forgiven.

And if you’re the one hosting?

1. Set the example and be the first one to plop down on the floor.

2. Consider one-pot meals that might not require too much fancy utensil work. Thanksgiving is generally the antithesis of a one-pot meal, but one-pot meals tend to be ones that are also relatively easy to eat one-handed. Veggie pot pie, anyone?

3. Remember that even if they mean a few more dishes for you, guests asked to eat from their laps will have an easier time of it eating from a proper plate than a flimsy paper alternative. Not a deal breaker if you only have paper, but something to keep in mind if you’re weighing options.

4. Focus on the buffet. Push your regular dining table against a wall so that people won’t be tempted to perch there, add a decorative gourd or two, and borrow serving dishes from friends if you don’t have enough yourself.

Above all else: embrace tiny apartments joyfully, and the rest will follow.

More about hosting dinners in a small apartment, HERE, and HERE. 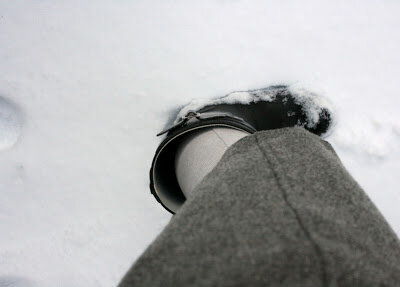 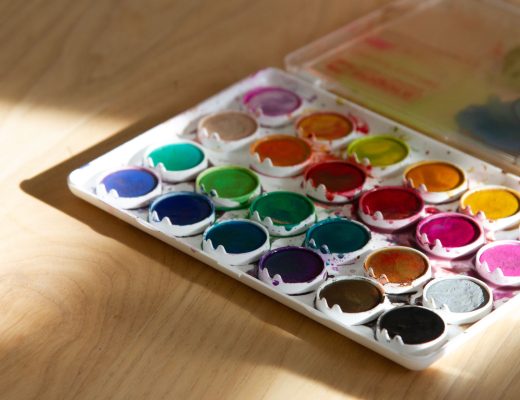 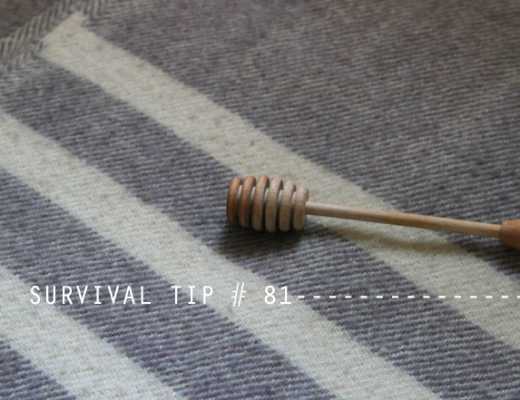