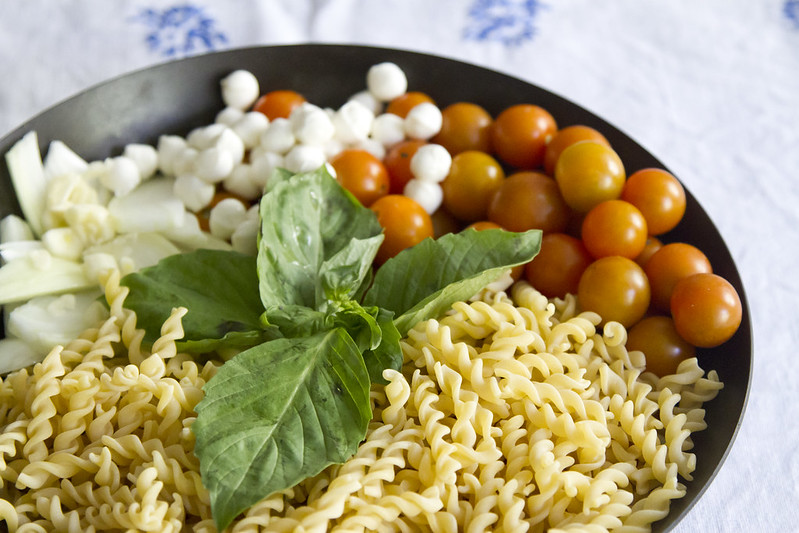 While we were in Maine we attempted one-pot pasta for the first time. I’ve been meaning to make it for forever and what better excuse than camping to try something new and easy and that dirtes only one pot to boot?

The result was a delicious, creamy, wholly satisfying meal that required nary a strainer or second pot. A camping dream, but a tiny apartment dream, too. 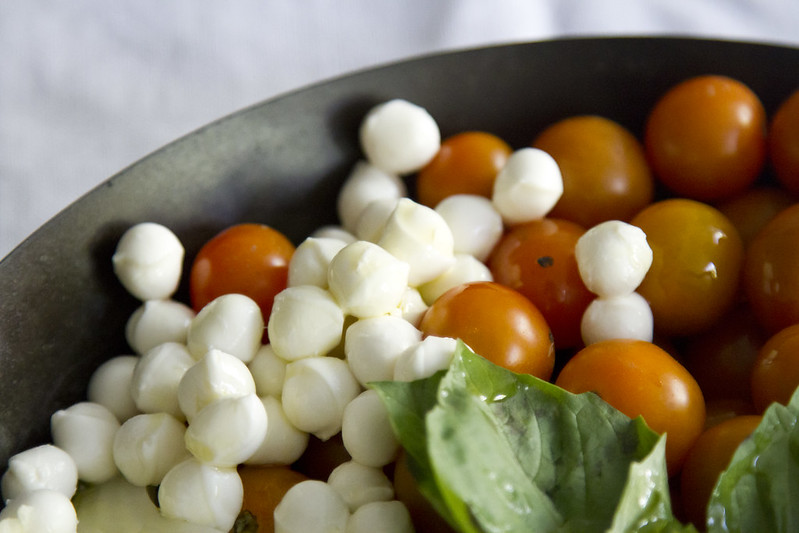 We opted for the classic approach ingredients-wise: olive oil, fresh tomatoes, sea salt, garlic, onion, and pasta. Because we were working with the cast iron pot that’s slightly on the small side, I improvised on the measurements that I found on a few different recipes that I found online. I also decided to add fresh mozzarella while camping. Minus a slight foible in filling the pot with a bit too much cheese in an enthusiastic attempt not to have cheesy leftovers to deal with, the experiement worked and then some. I recreated the same here, with slightly less mozzarella. I’d say you can follow measurements I’ve provided if you want to, but you can also wing it depending on the size of your pan, and you’ll probably end up a-ok.

To make preparation even easier, we used tiny sungold tomatoes and bocconcino mozzarella so that I didn’t even need to dice tomatoes or cheese. I’ve used them here, too, but you can certainly make the same thing with diced tomatoes and cheese. 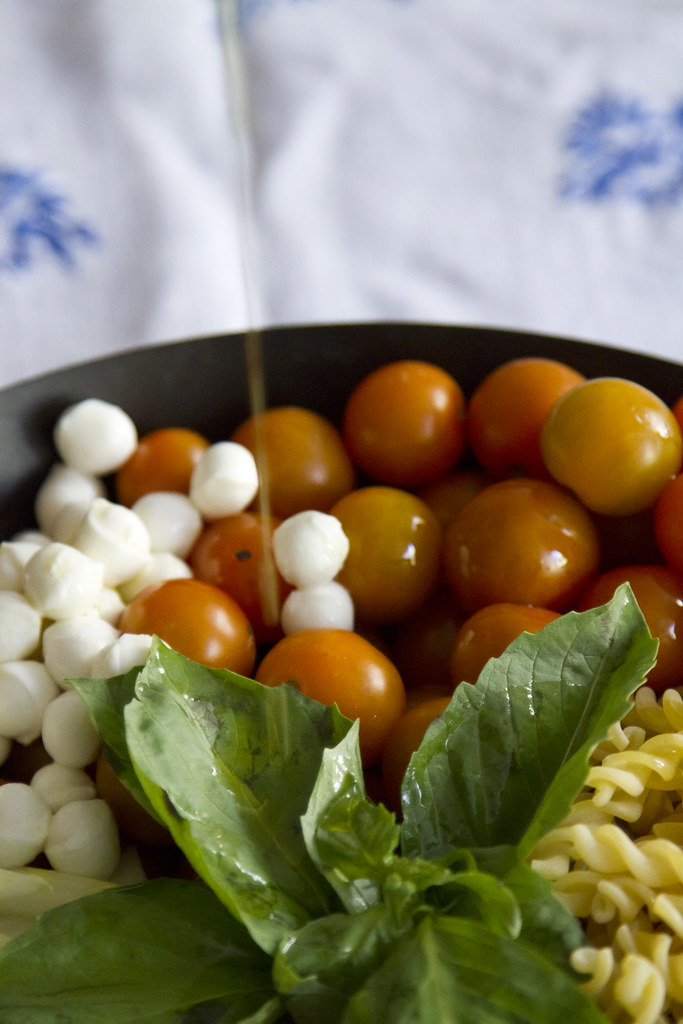 One-Pot Pasta
adapted mostly from this recipe on Martha Stewart

What you need:
12 ounces of pasta (we used fusilli but you can use what you love)

3-4 cloves of garlic
12 ounces sungold tomatoes (we didn’t slice them, but they all burst beautifully)
a small handful (or so) bocconcino mozzarella (or cubed mozzarella)
1/2 teaspoon red pepper flakes
3-4 sprigs of basil, stalks removed
3 cups water (or enough to cover the ingredients)
olive oil 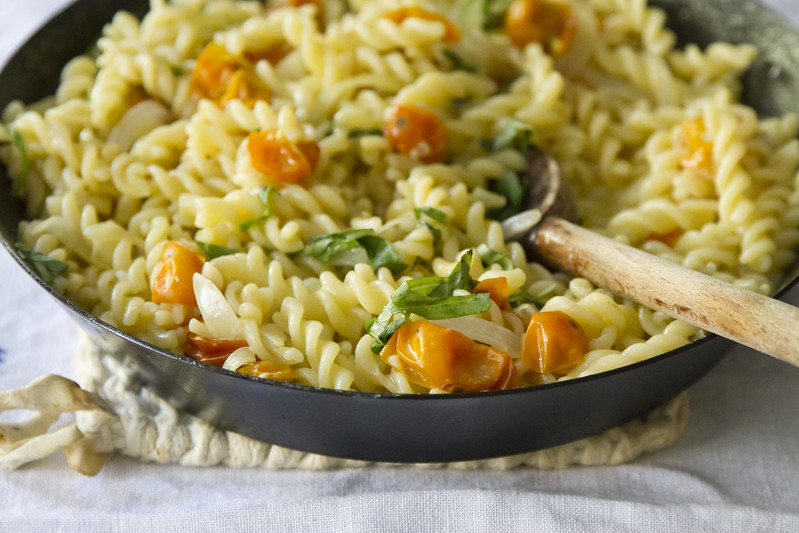 What to do:
Add all of the ingredients to the pot, finishing with a generous glug or four of olive oil. Bring to a boil and then simmer for 10 minutes or so, until the water has evaporated and the pasta is al dente. Serve. Gloat. 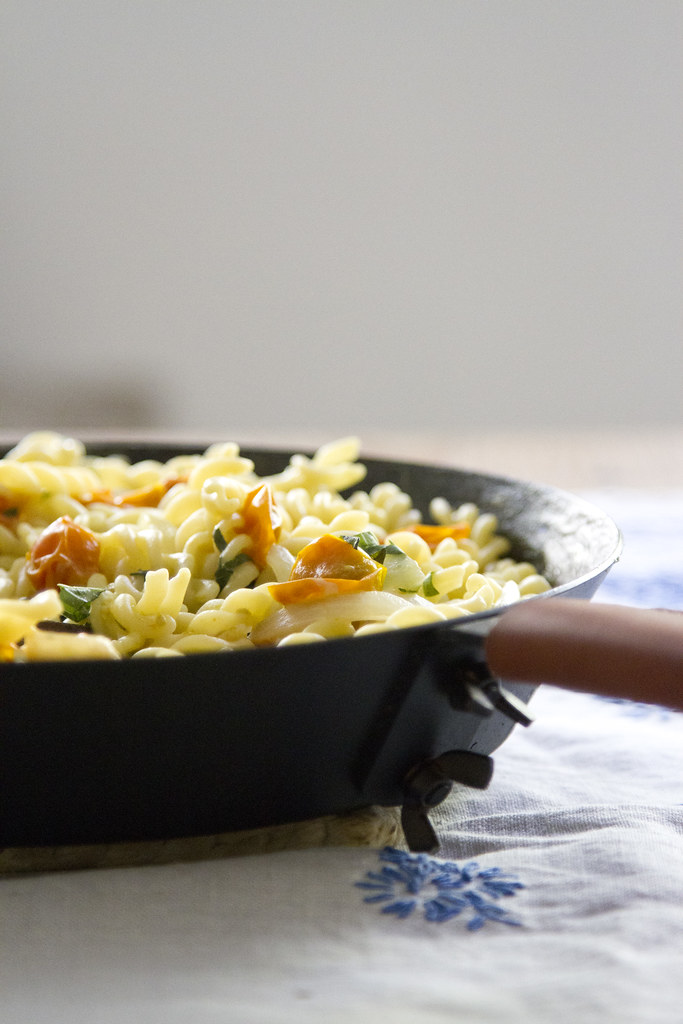 If you want a mess-free approach to meal cleanup, forgo the mozzarella. Even with using less of it, it was a little bit of a bear to clean up in round-two, too. 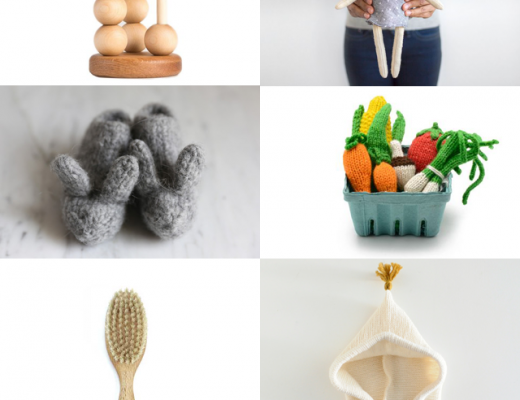 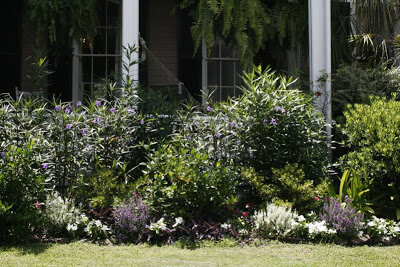 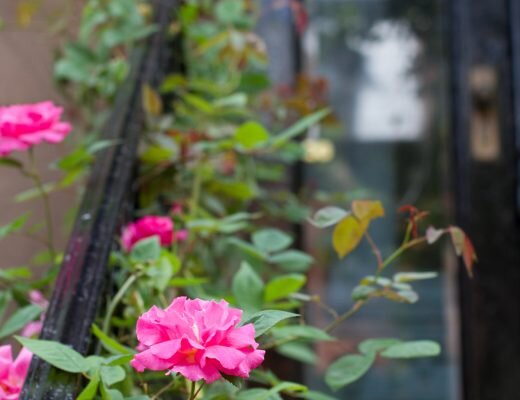