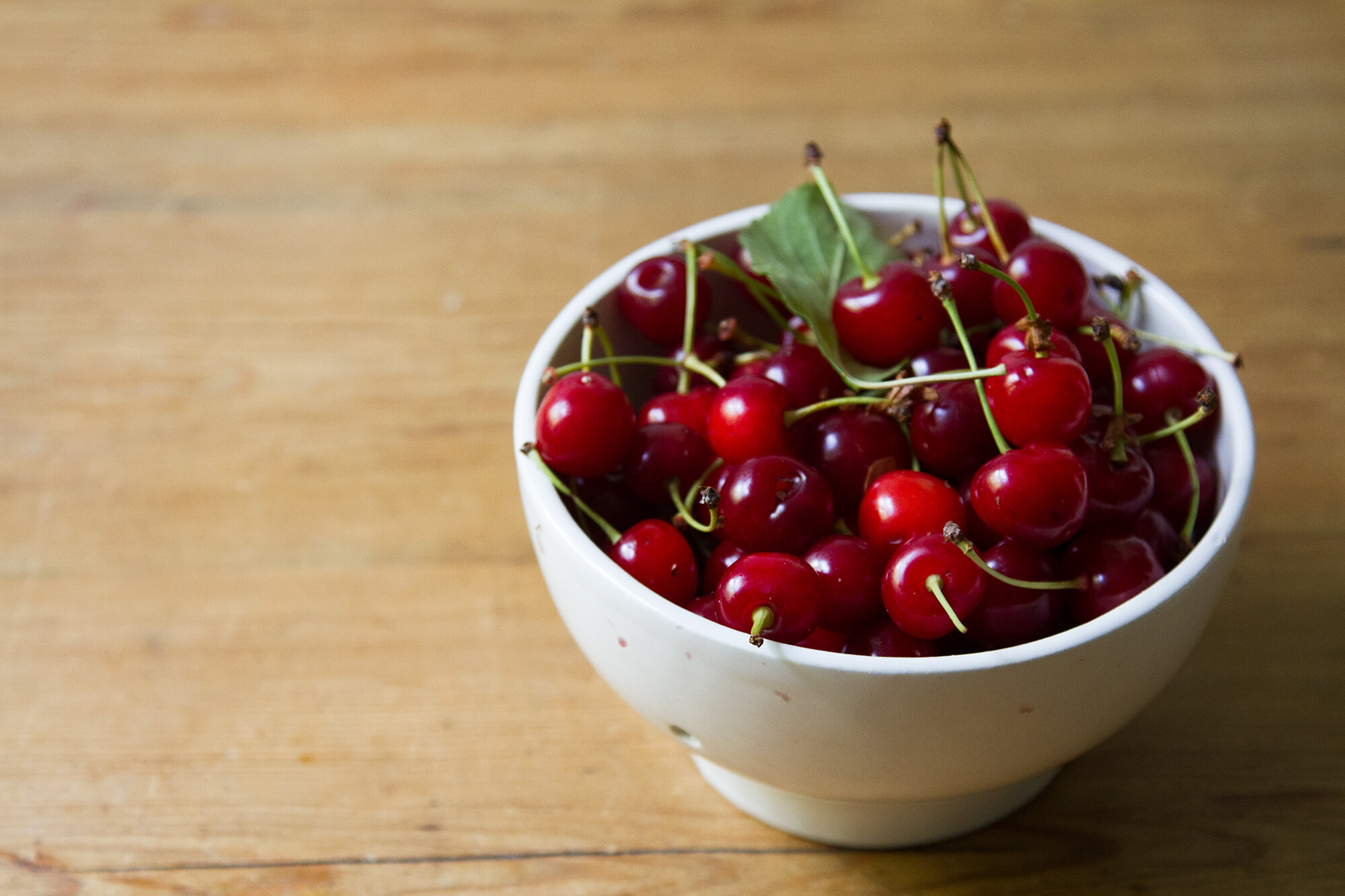 It’s sour cherry season here in New York. Blink and you’ll miss it, so here’s a project to make it last a little longer.

Maraschino is a dry liqueur made from Marasca sour cherries.

Maraschino cherries were traditionally made from stewing fresh fruit in water and sugar and preserving them in a bath of the cherry-flavored liqueur that gives the cherries their name.

The modern-day Maraschino cherry  that you find bobbing up and down in Shirley Temples and falling down the sides of sundaes has little to do with the original. They’re typically made from cherries that have been bleached and then re-infused with red dye and corn syrup and other unsavories. These imposters were born during the Prohibition when boozy cherries were banished and they’ve remained the most commonly known cocktail and sundae cherry ever since.

But! If you like to frequent fancy Brooklyn ice cream parlors—and I do—you will often find Luxardo maraschino cherries on the menu. In contrast to the sickly sweet bright red cherries of my favorite childhood mocktail, these cherries are made using Luxardo maraschino liqueur and the cherries that result are a deep red and very delicious.

You can find Luxardo cherries pre-made in speciality shops, but at more than $20 a jar, they’re a definite luxury. And so? Make your own! 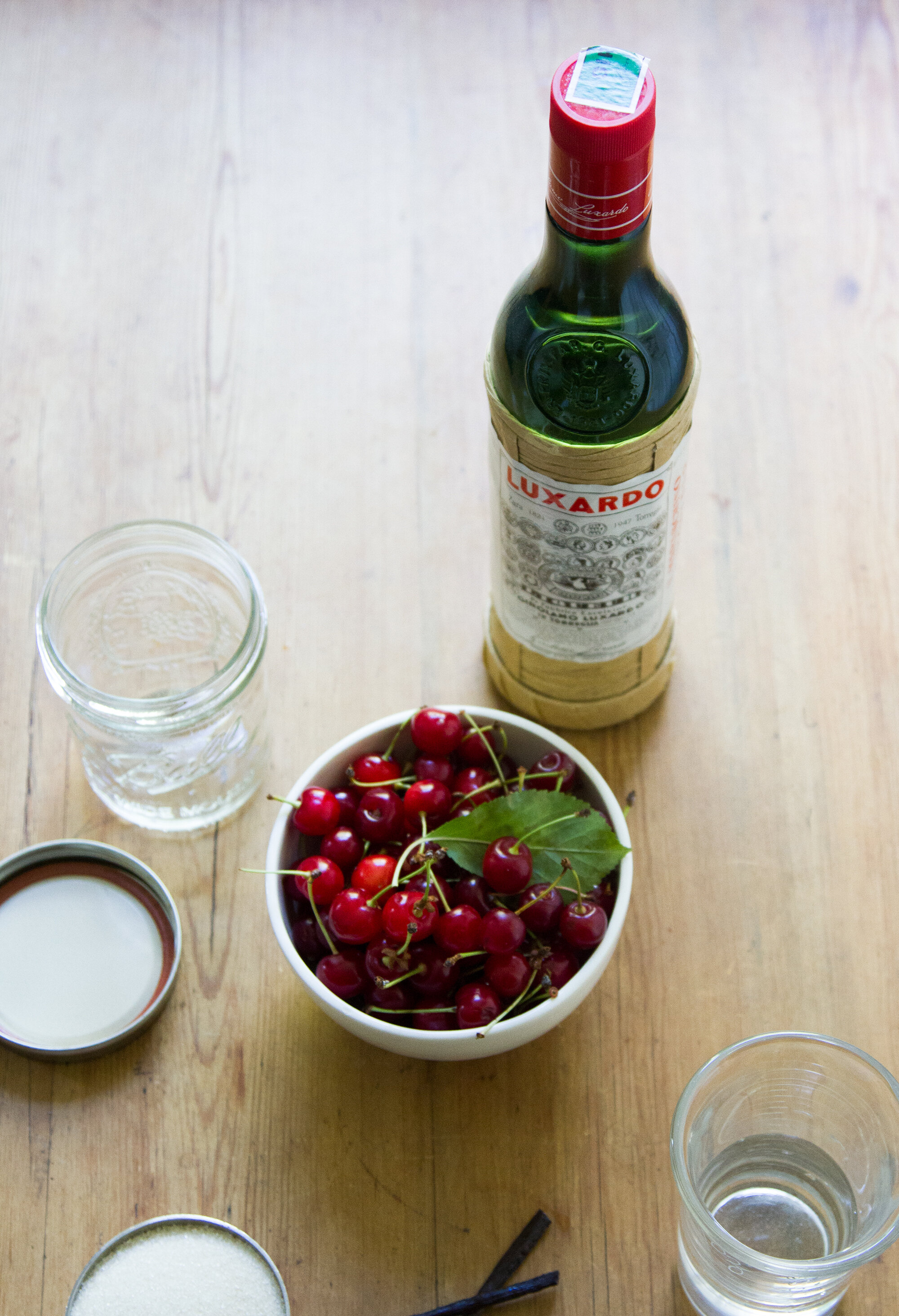 To be clear: making your own Luxardo cherries is still something of an exercise in indulgence. Sour cherries at our local farmers’ market run about $5/pound and a large bottle of Luxardo maraschino liqueur cost me about $30. But even at this rate, you could make yourself a jar of cherries every summer for the next five summers and still come out way ahead. (You could also clean out your local sour cherry farmer and make a large batch in one go to preserve for future summers.) 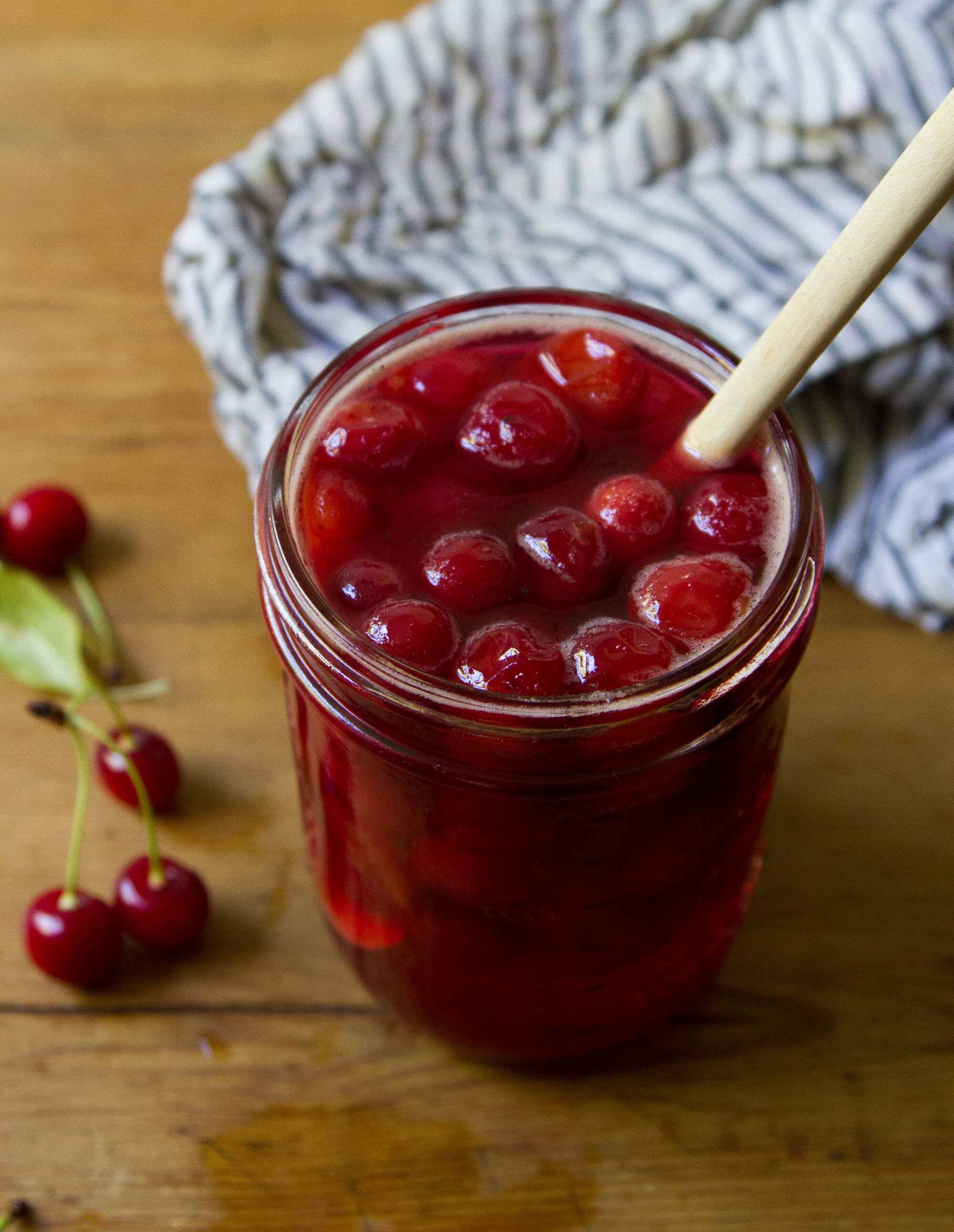 The process is simple; the results delicious. My cherries came out slightly brighter in color than the Luxardo cherries I’ve enjoyed out and about, but I think that mostly has to do with the color of the sour cherries I started with. I cobbled together my recipe from recipes found on Brooklyn Brainery and A Cozy Kitchen.

1 pound or so sour cherries, washed and pitted (you can also use sweet, if you prefer.)

juice from half a lemon 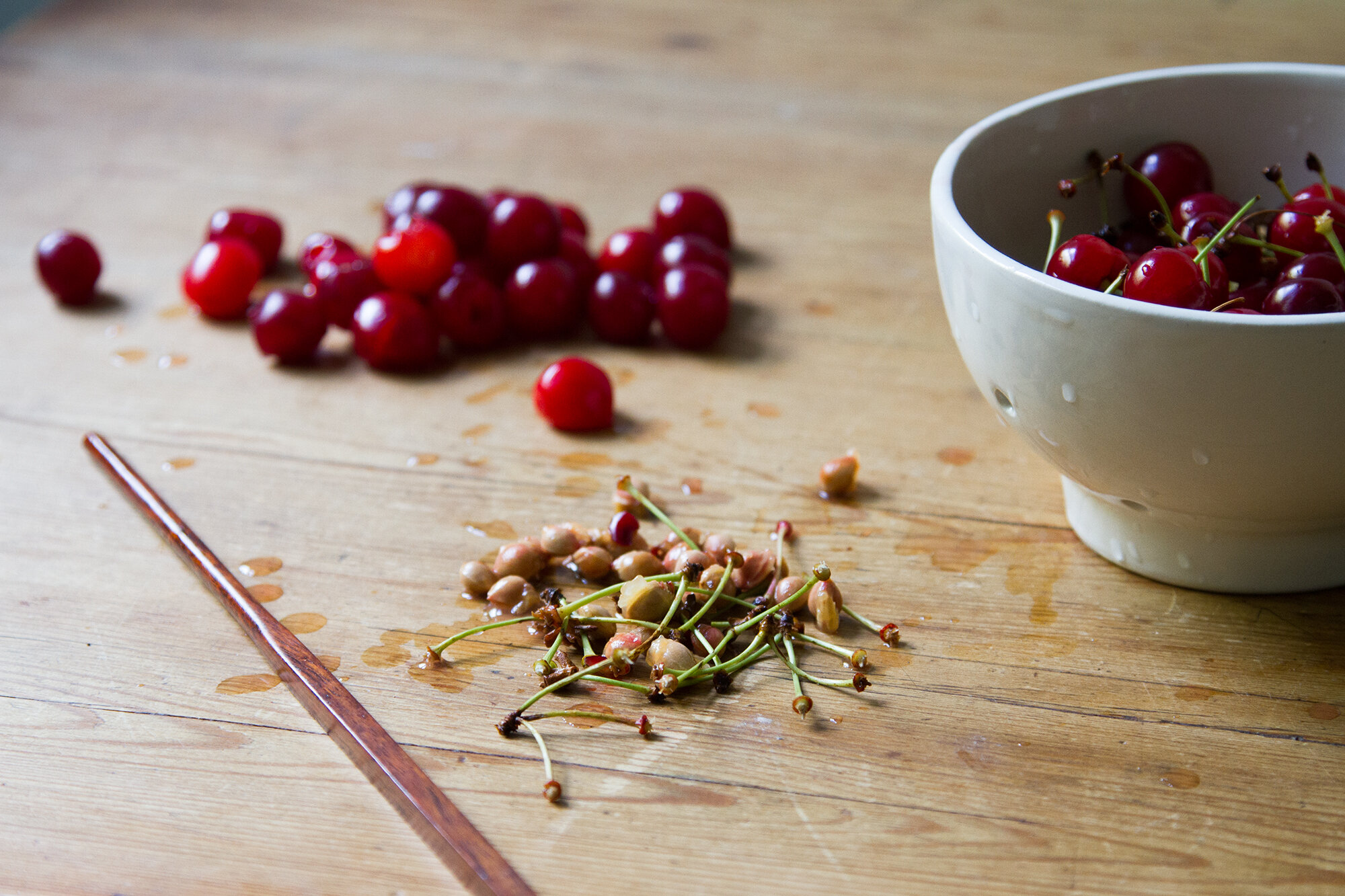 1. Wash and pit your cherries. Note: If you’re my mom, that means you pull out your very handy cherry pitter and get to work. If you’re me, you whip out a chopstick. I promise it’s nearly as easy to pit a cherry this way. Just remove the stem and poke your chopstick into the place where the stem was and into the center of the cherry. If you don’t care about having two holes, you can push the pit easily out the other side. If you want limited damage done to your cherry, make your hole in the top and then just urge the pit out with a little squeeze of your fingers. 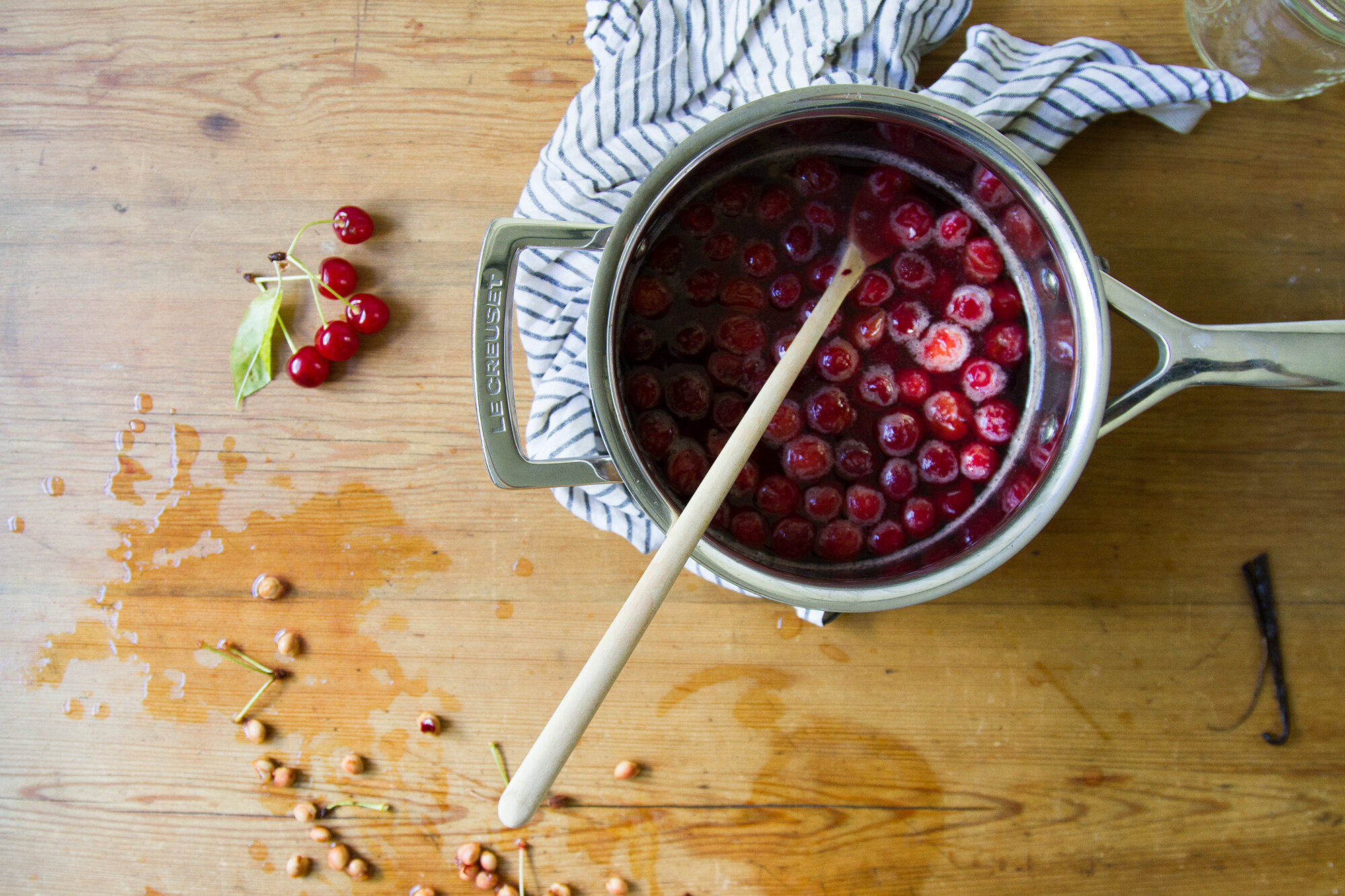 2. Combine water, sugar, lemon juice, and vanilla into small saucepan. (I split my vanilla bean open and scraped the inside into the pot before adding the rest of the bean.) Bring to a boil. Add cherries and simmer for 5-6 minutes while the syrup thickens.

3. Remove cherries from the heat and add Luxardo liqueur. Allow to cool before pouring into a clean jar for storage. (If you want to give your cherries as gifts, consider processing them in a water bath as you would jam or jelly to preserve them. Otherwise, refrigerate and use within a few weeks. Or days. Or minutes.) 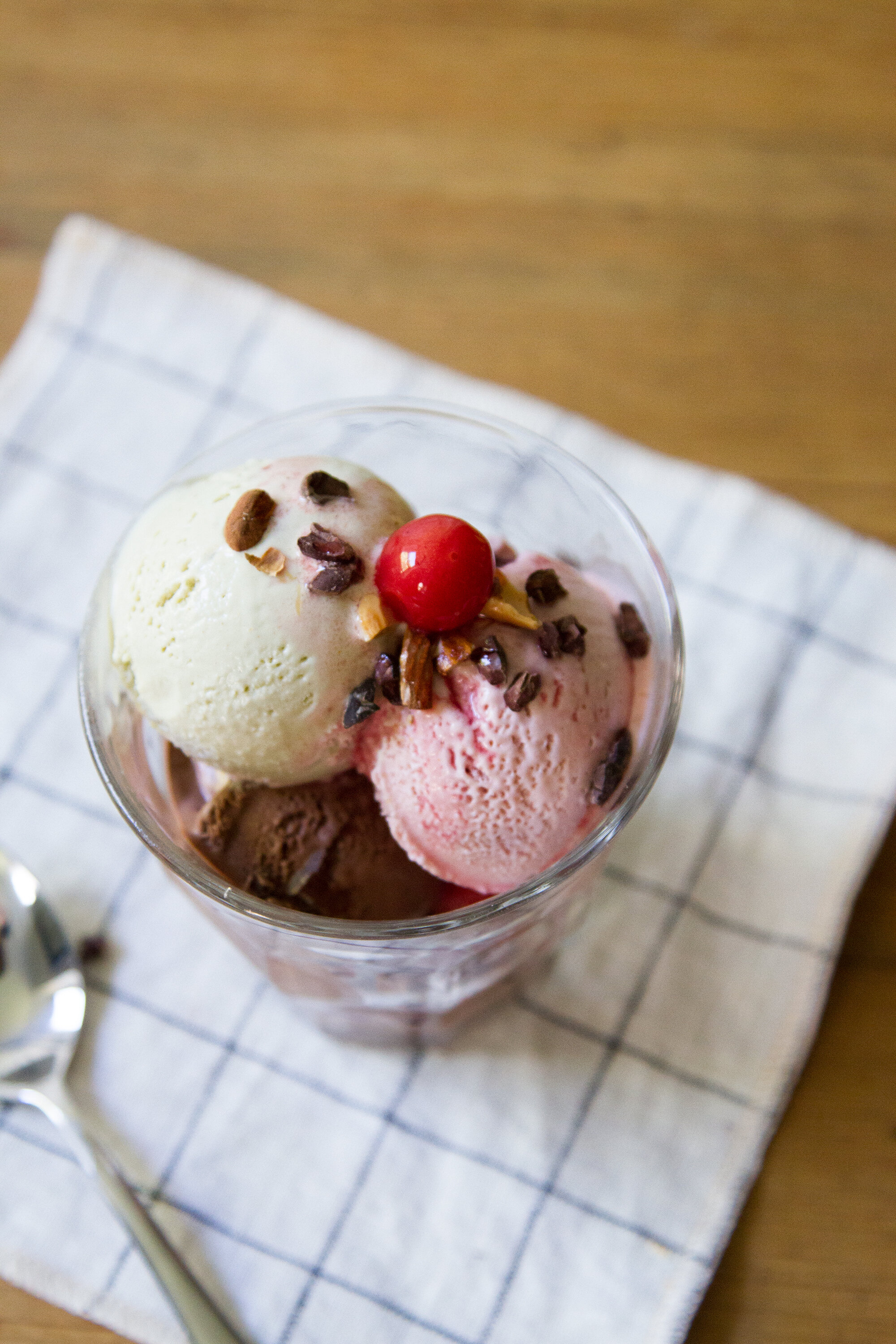 I found my Luxardo locally at Heights Chateau.

The pretty checkered napkin is from Everyday Napkin Co.

The delicious ice cream is from local favorite, Van Leeuwen. 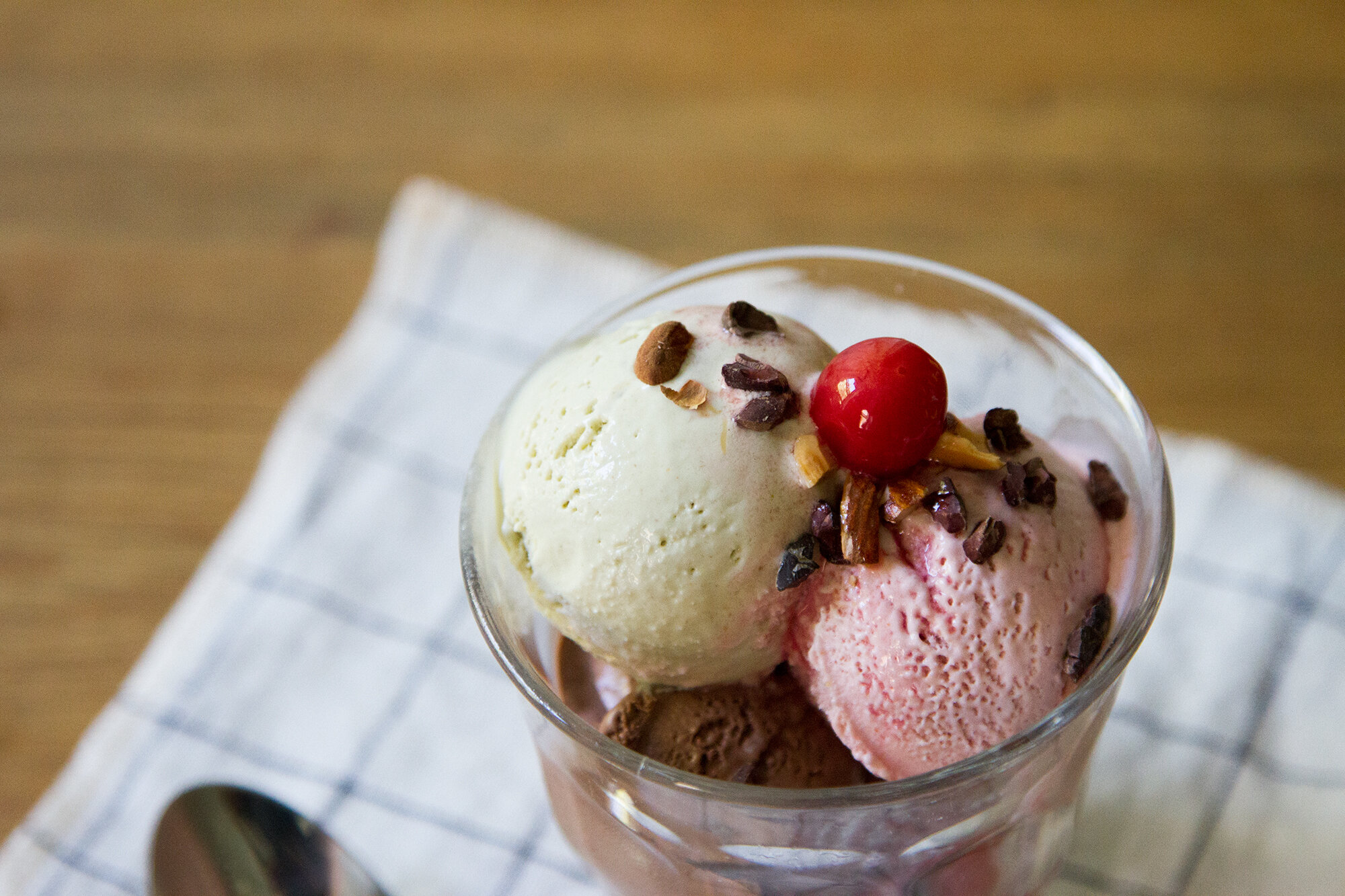 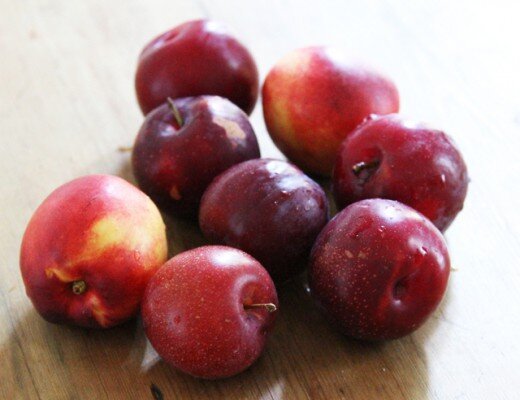 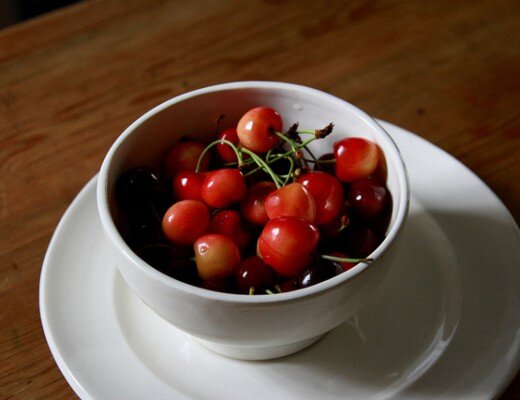 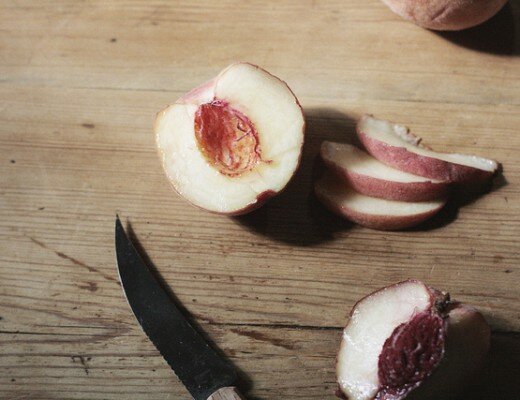 whiskey and peaches. a cocktail.