make your own: plum shrub. 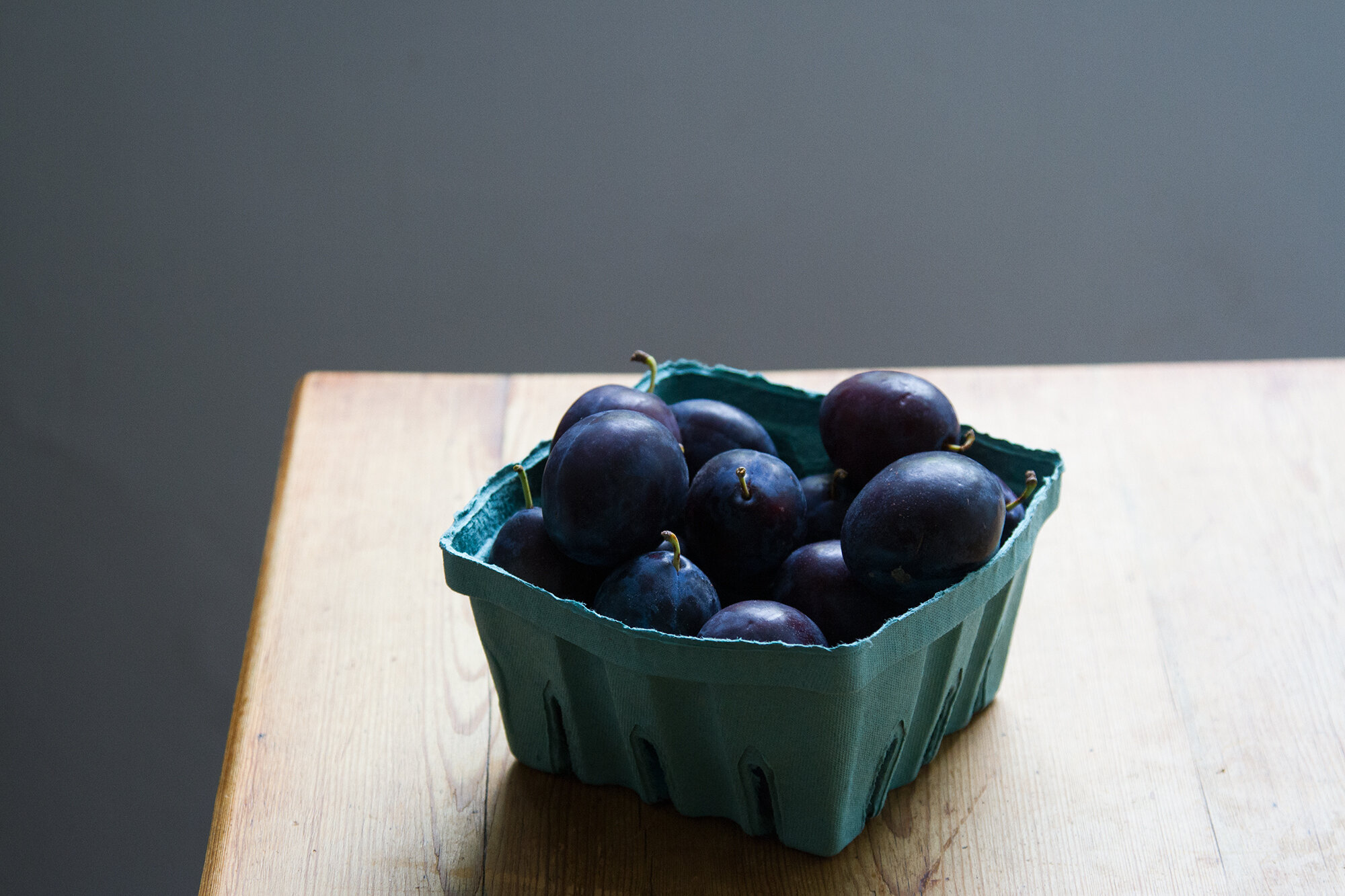 Allow me to explain.

First things first: To get down with shrubs, the drink, you need to have a healthy relationship with vinegar, an impassioned reverence for early American customs, or, perhaps like me, you have both, plus you’re pregnant and hankering for a refreshing, not-too-sweet cocktail minus the alcohol. In that case: Twinsies! (Just kidding. Shrubs are very equal opportunity. Not for pregnant women only.)

A shrub is a fruit-infused vinegar. It’s sometimes called a drinking vinegar. And it’s a close cousin to the gingery switchel, another vestige from days of yore and a favorite of temperance supporters everywhere, in case you’re curious.

Like many things I have a soft spot for, shrubs had their origins in the days pre-refrigeration. Early American settlers would preserve their summer fruits in vinegars and the resulting syrup was mixed with rum or lauded as a virtuous alternative to spirits altogether.

If you’re not into vinegar, shrubs might take a little bit to grow on you. But to me, they offer a slightly sour, very delicious, and despite being made from a syrup, not at all saccharine summertime beverage. In other words, make a small batch, see for yourself, and come back to let me know if you’ve discovered that shrubs are your new jam (not to be confused with the food stuff).

To make this plum shrub, I used the cold-process method, which relies on sugar to break the juices from the fruit over a few days and doesn’t require any heating on the stove (lest I need to remind you that we don’t have air conditioning and we’re enduring a veritable inferno.) Lots of folks use the old countertop steep method (as you would expect from a 17th century-inspired project), but I stayed firmly in the 21st century and let my fruit and sugar steep in the refrigerator. 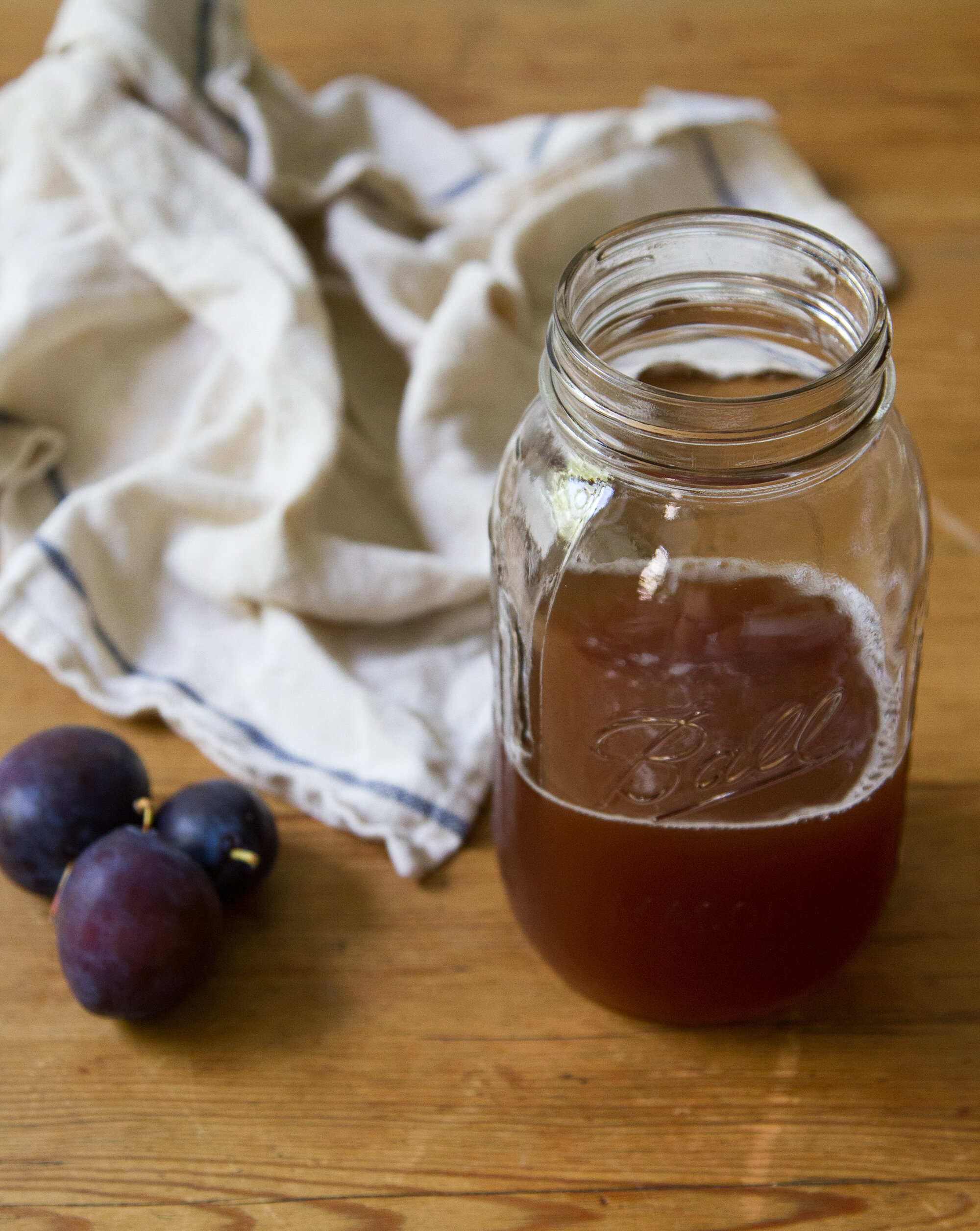 The recipe could be altered in about a million ways, but the ratio of 1:1:1 (fruit:sugar:vinegar) seems like a solid one. I developed this particular recipe based on notes I found at Food52 and Port &  Fin.

1 cup sliced plums (I used Italian prune plums because that what was at the market last week.)

1 cup sugar (I used half cane sugar and half brown sugar; you could also try honey.) 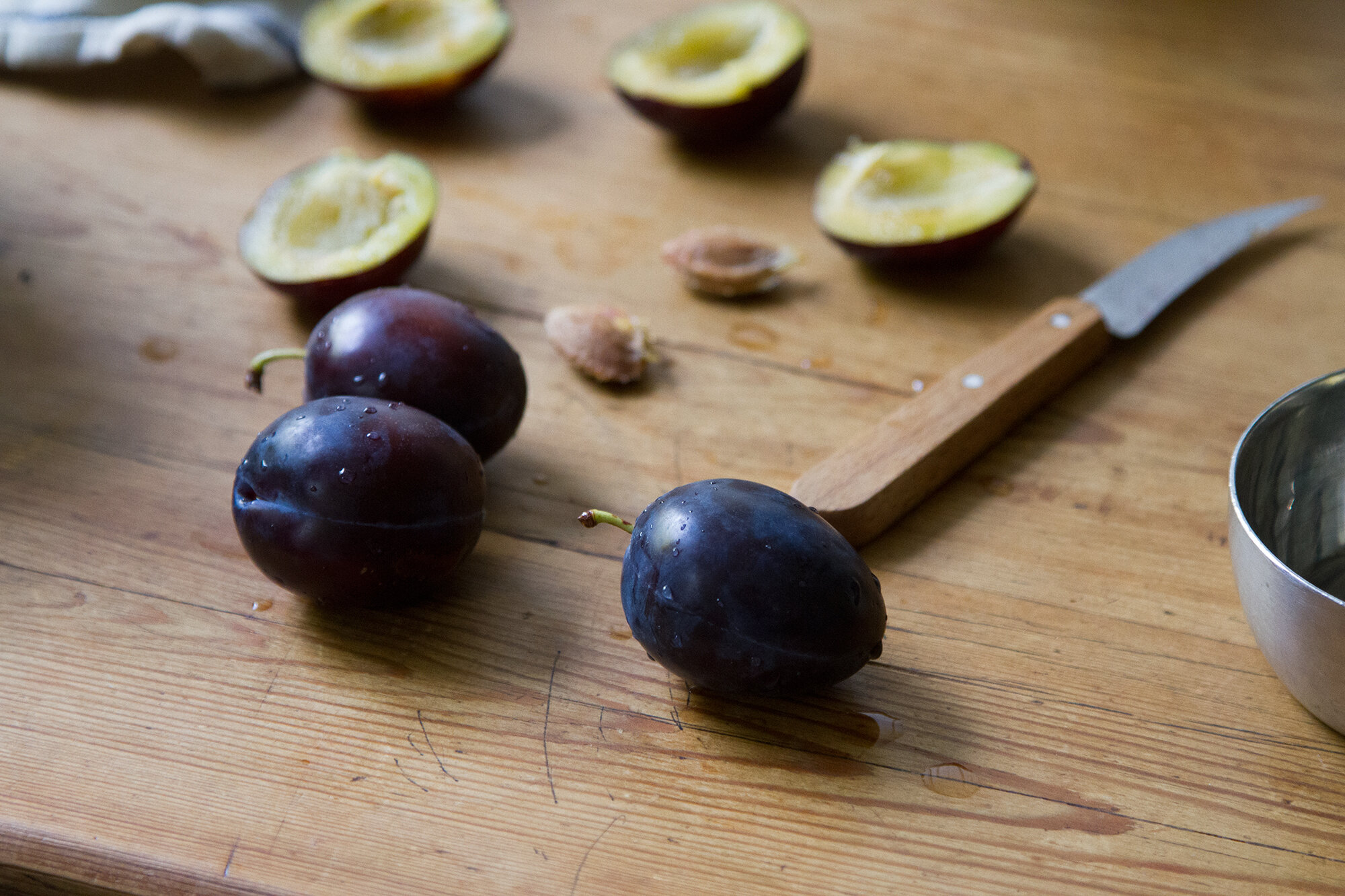 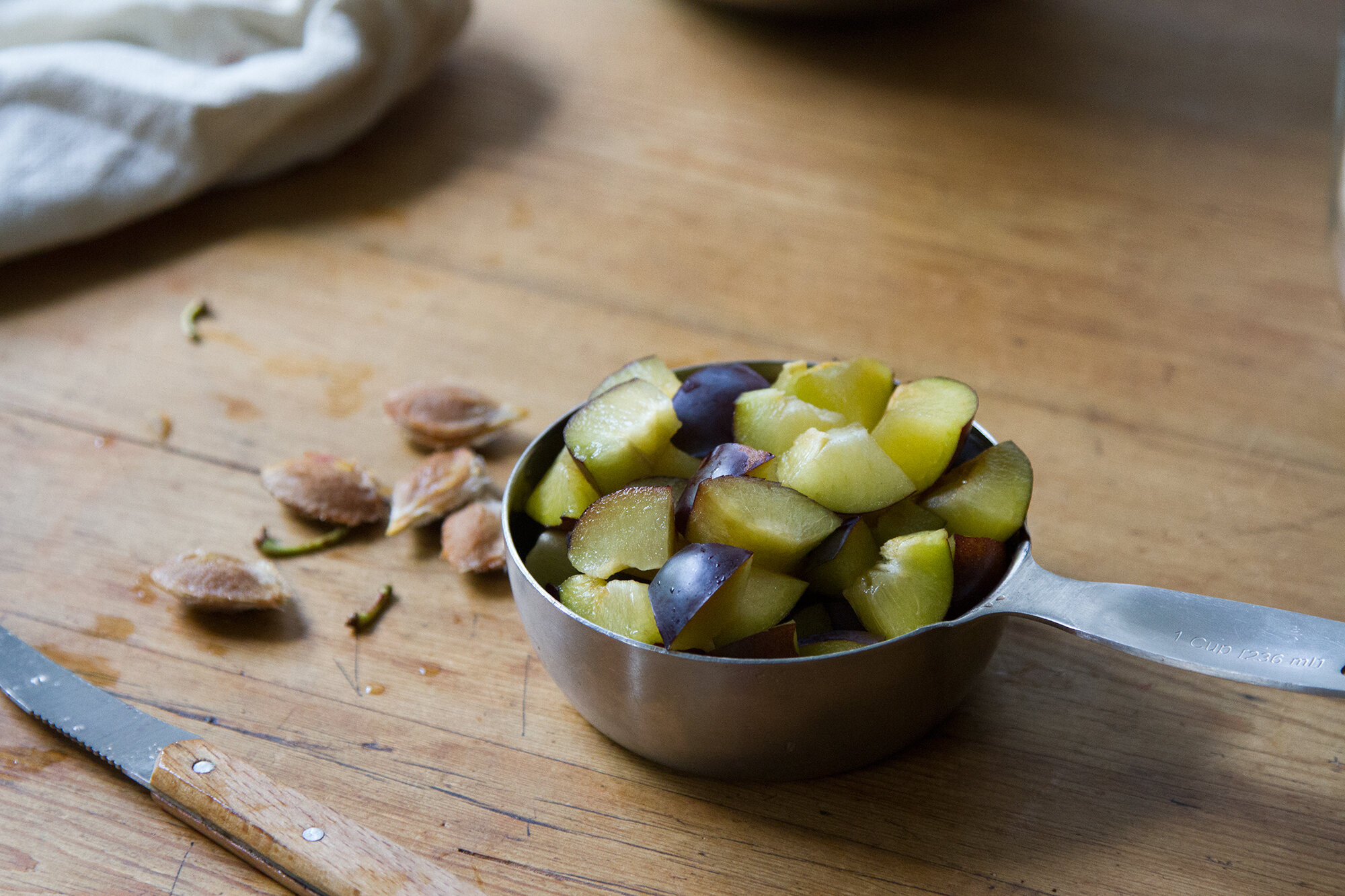 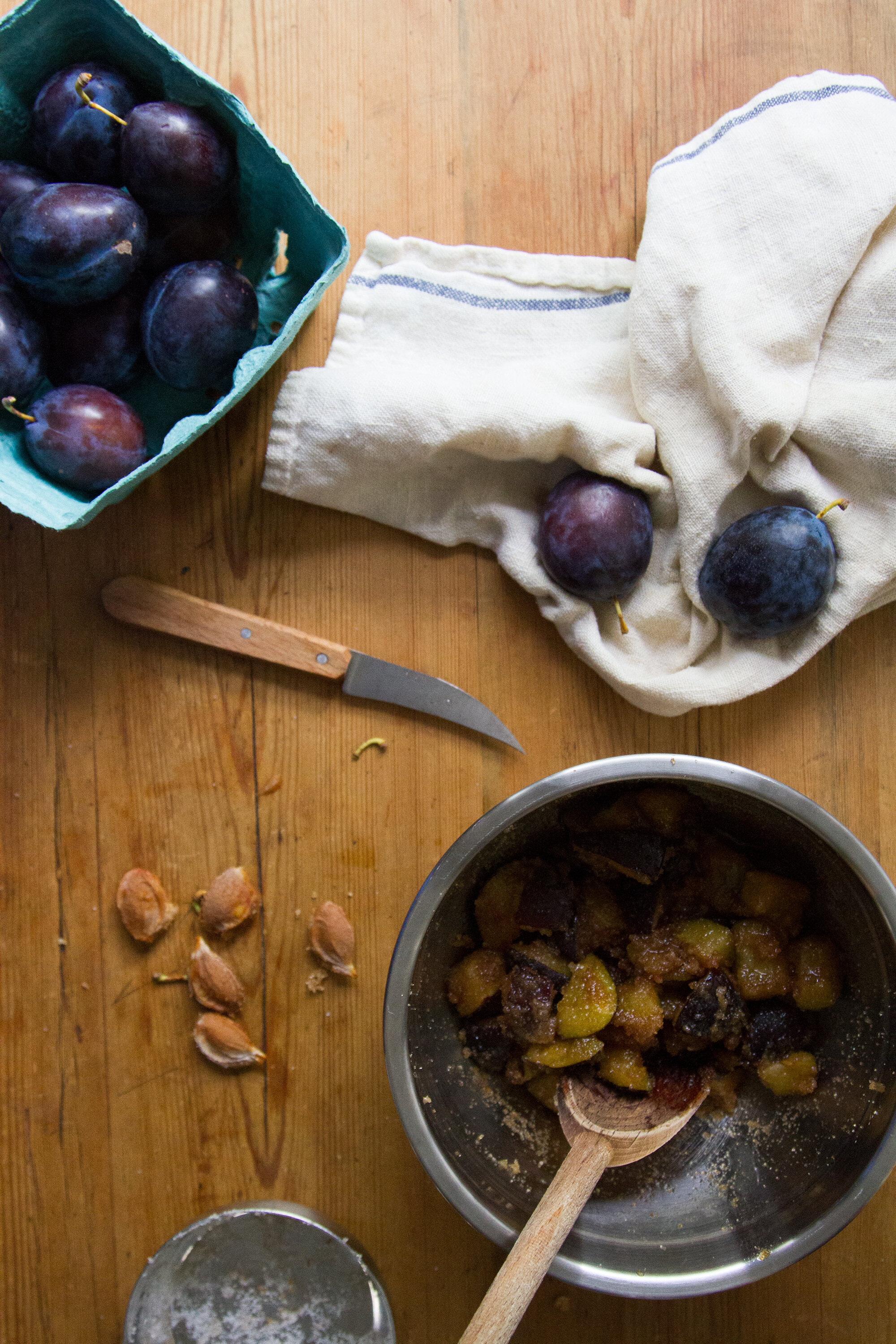 + Combine plums with a cup of sugar in a non-reactive bowl (I used stainless steel). Stir, cover, and allow to stew in the refrigerator for 2 days, stirring daily. 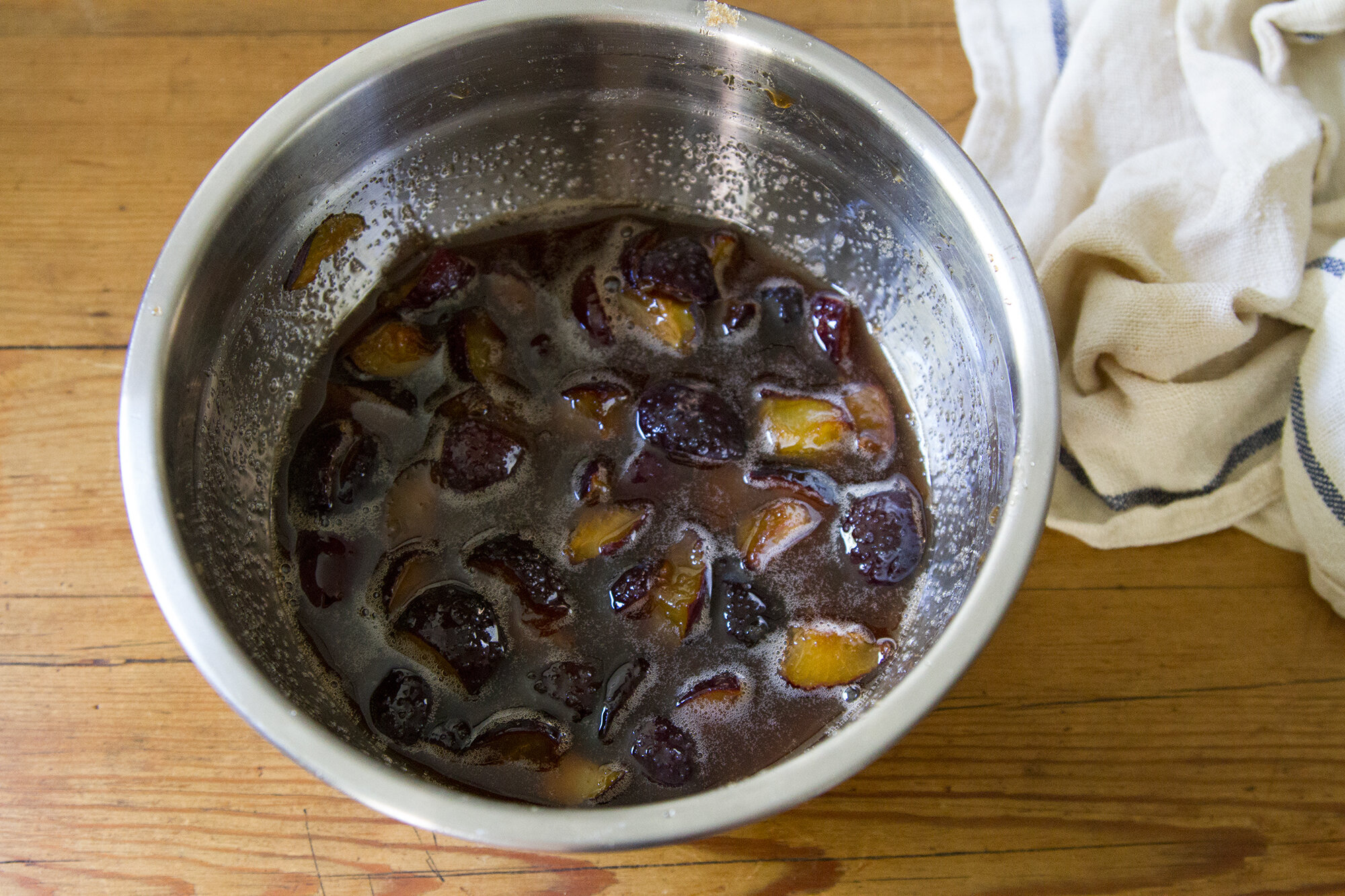 + After two days, a significant amount of juice will have formed. Strain the mixture into a bowl, discard the fruit, and add the vinegar to the syrup. The mixture will be sweet and tart; but remember it’s a mixer! 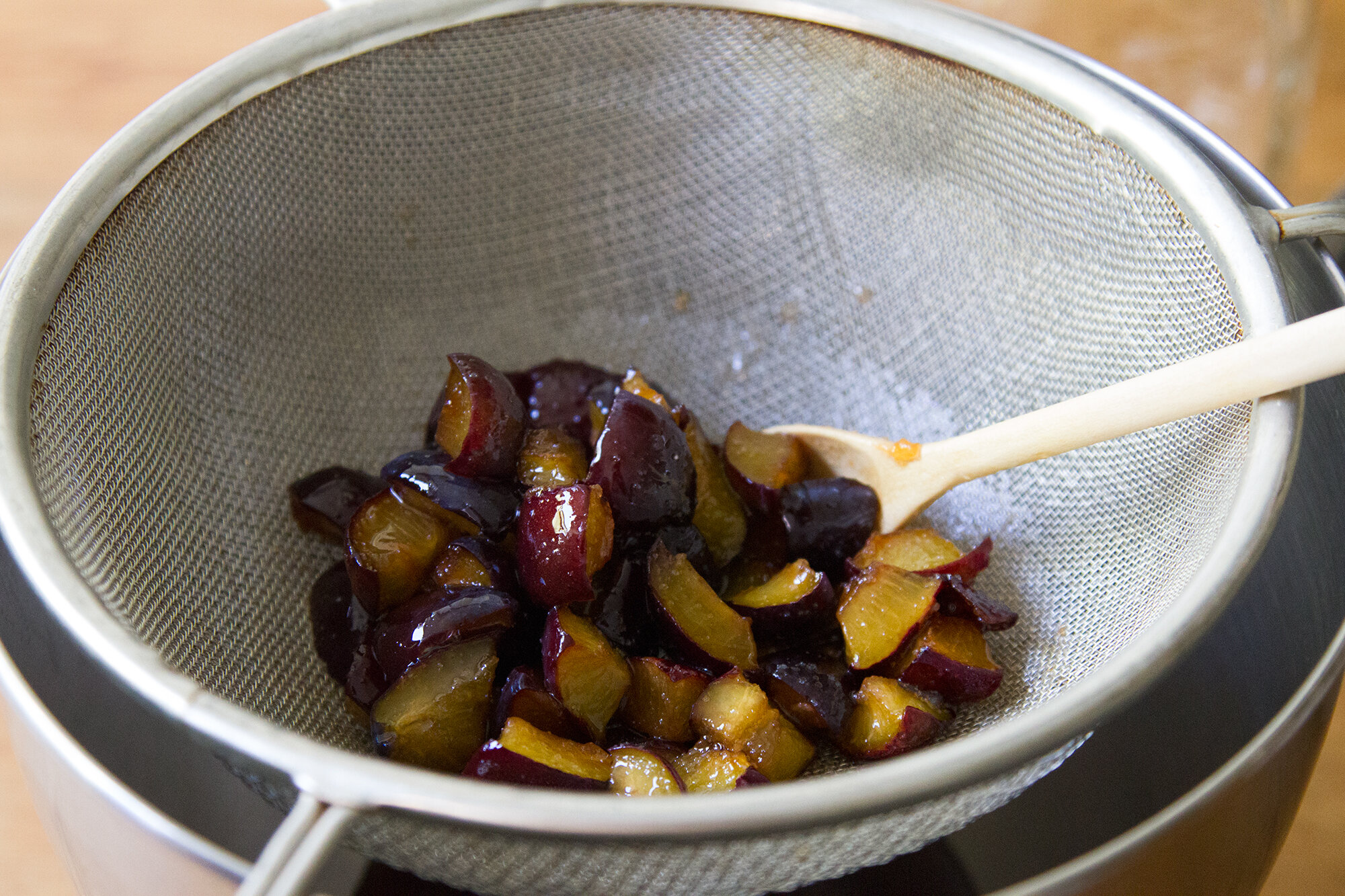 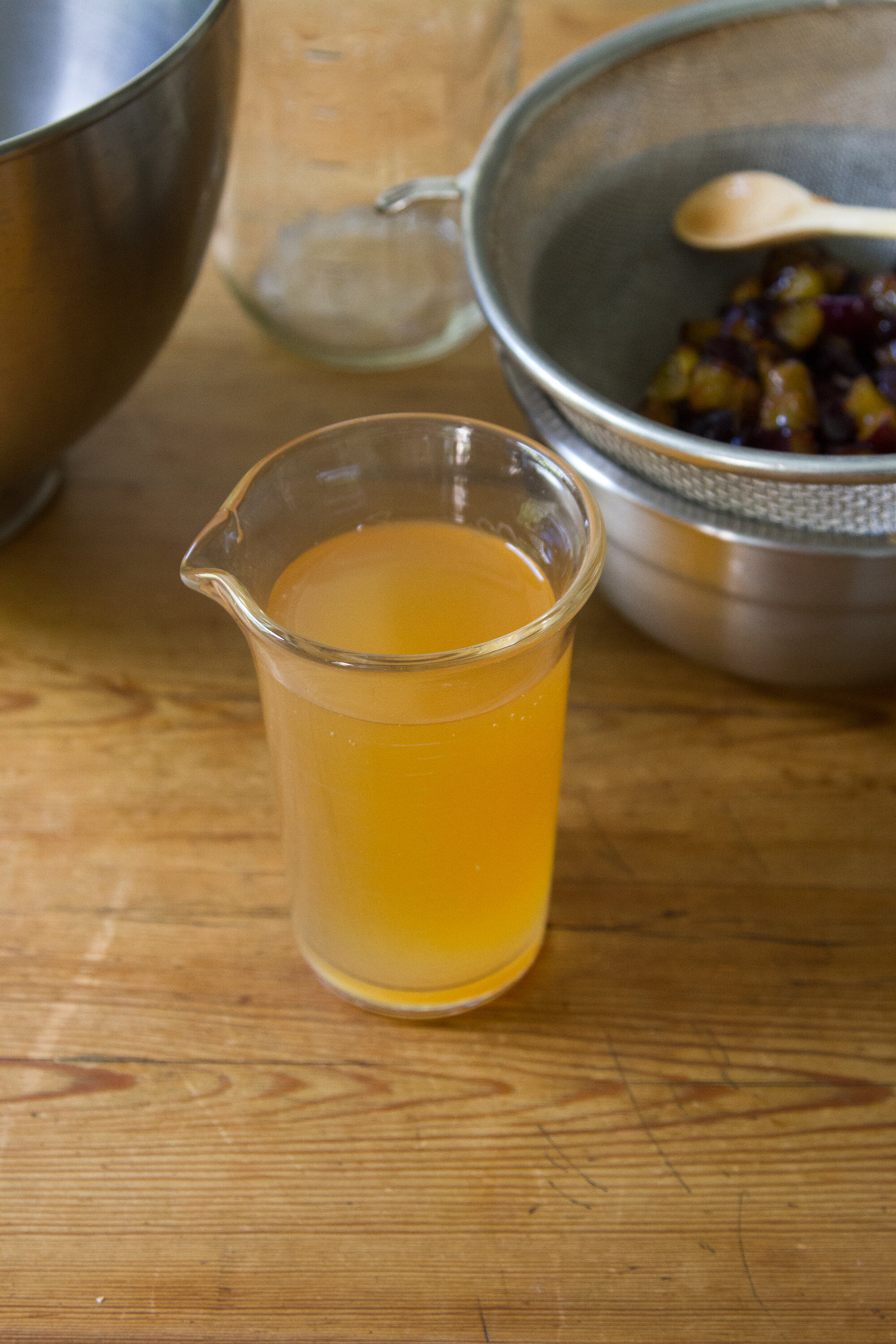 + Pour the shrub into a clean jar, refrigerate, and serve mixed into sparkling water, spirits, or champagne for a sour take on a kir royale.

Any shrub enthusiasts out there? What kinds have you made? 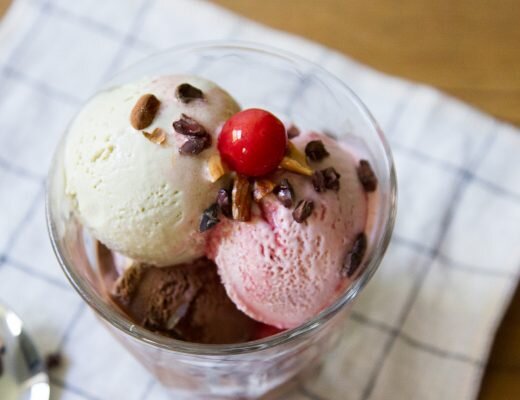 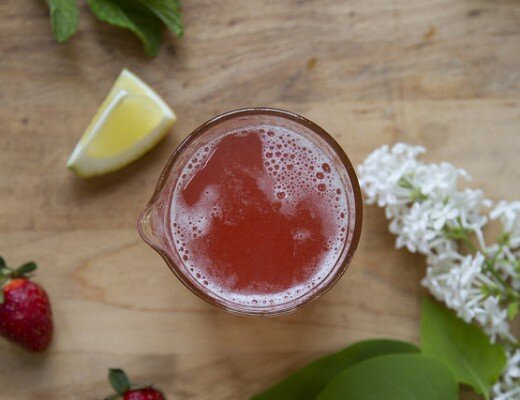 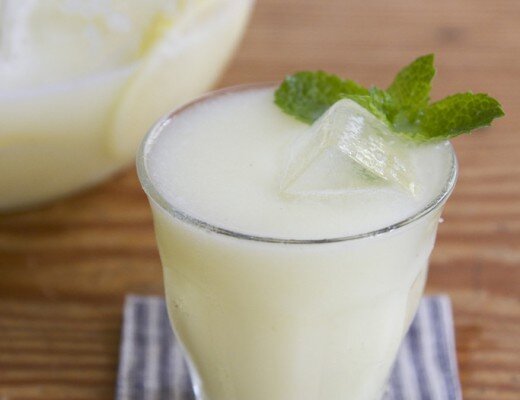 make your own: blender lemonade.