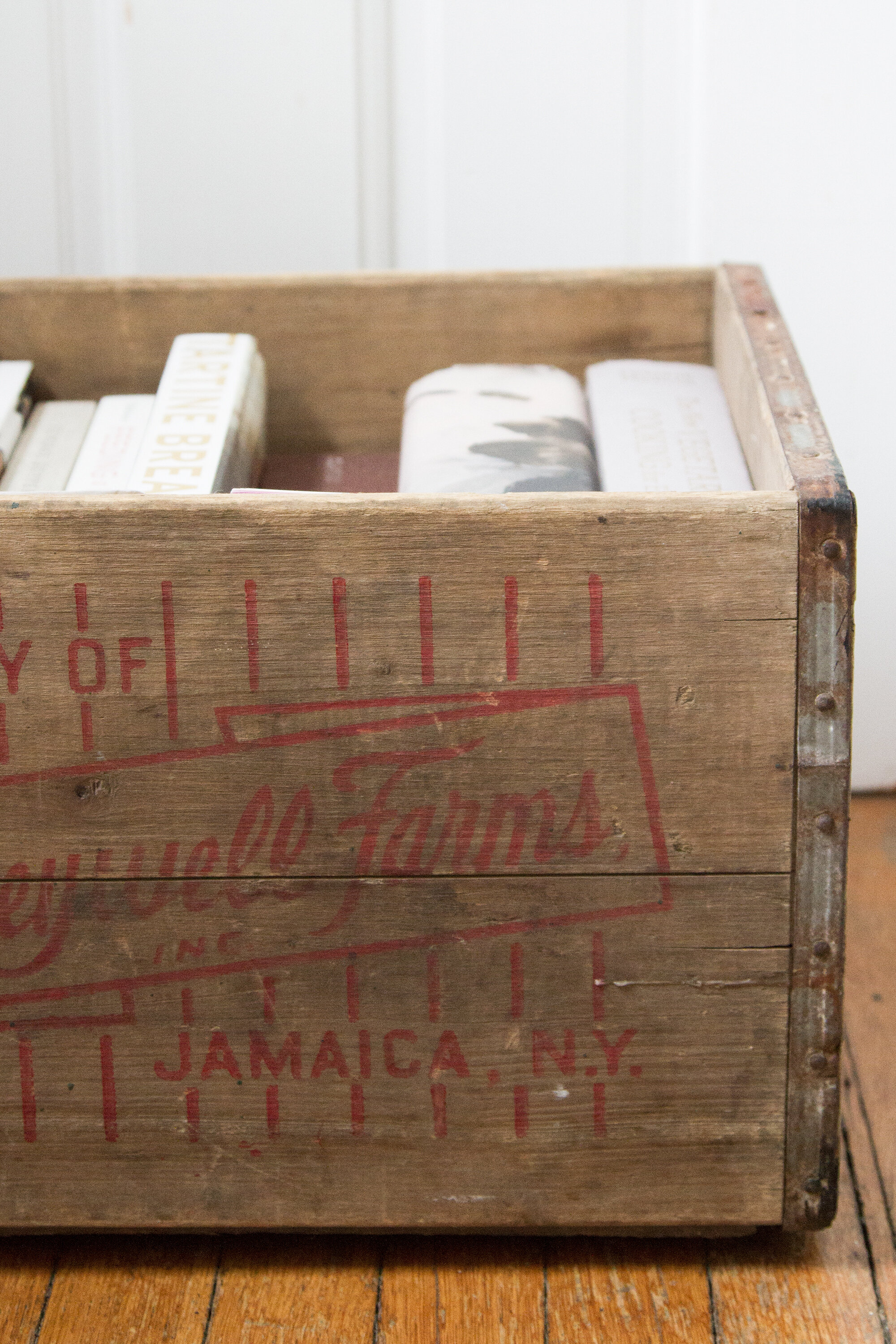 Survival Tip #155: Call yourself whatever you please.

Over the weekend, a morning walk to the farmers’ market got us a basket full of fresh vegetables and a dusty wooden crate that a neighbor filling a moving van had abandoned to the curb. There’s a world of wonder in the things that folks leave curbside. Why abandoned? Where from? Who wants it, anyway?

In places where abandonment of household items on stoops isn’t commonplace, there are other similar points of exchange: church basements and thrift stores and old fashioned tag sales in summery driveways and backyards. Thing is, you can scrawl FREE on a piece of white paper and tape it to a formerly serviceable item and chances are that eventually someone will scoop it up.

Back home, we dusted off the crate. There were cobwebs in the corners. Faye was the first to notice that in places the nails had popped. She scampered to her room to find her wooden hammer and with impressive accuracy, she thwacked them back into place. We sprayed down the crate in the bathtub and left it up on the building’s roof to dry in the sun for the day. Nothing a bit of sunshine can’t cure, is the theory. (Nothing that a bit of sunny bleaching doesn’t improve.)

All dried, the crate will slide under our bench and hold our collection of cookbooks. It will replace another crate, one with less charm and more spilled wax that was my sister’s in college and mine after that. We’ll shift that one to a spot under the far corner of Faye’s bed and use it for keeping a small collection of toys that we’ll cycle in and out of rotation on her bookshelf. So it goes in a small apartment or anywhere. Cycle in, cycle out. 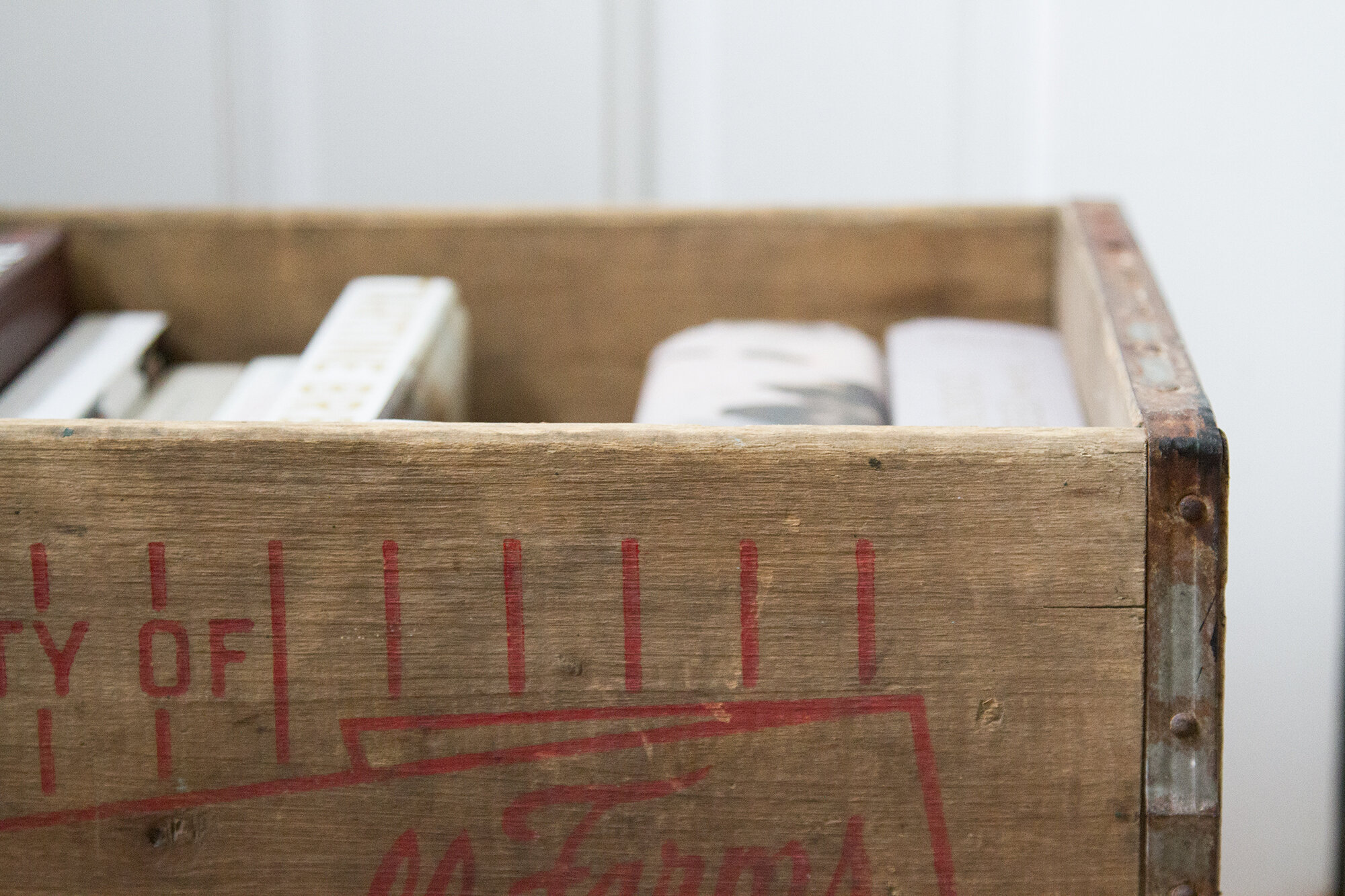 Minimalism is a word that I tend to squirm against. It’s mostly been a word that’s used by other people to describe my lifestyle, but it’s not a word I particularly enjoy using to describe myself​.​ Thrifty, yes. Clutter-phobe, okay. Aiming for sustainability as best I can, where I can, yes. But for as many books (including my own) or blog posts or magazine articles as there are extolling minimalism’s virtues, in the past year, I’ve also read a half dozen articles that rail against minimalism. These pieces generally discuss the class implications: that being minimalist is a privilege disguised as an ethic. The critique includes the observation that a minimalist aesthetic—like any aesthetic—can become yet another kind of conspicuous consumption.​

And there’s truth to this. In this space, part of the work I do is to share thoughtfully made things that I admire. Many of these products are inaccessible to lots of people. I’d never suggest that the only path toward so-called minimalist enlightenment is through purchase of a costly good. So much more often than not, it’s through making no purchases at all. ​

Still, by reducing ​the tradition of practicing simplicity, or even acesticism, to a rich person’s pastime, we ignore a much humbler intention​. Under a dozen different names, centuries of people have been compelled to live simply; to carve out a path that is unconventional in a world that idolizes material goods. And while the voices of the folks who are not elite might be less often cited or celebrated in popular media, their quiet, personal endeavors have their own place in the conversation.

In my view—in fact, in my personal experience, minimalists are not only wealthy people hoping to ease the burden of their overconsumption or winnow their belongings to the perfect minimalist gadget, but people who have, out of a sense of moral, spiritual or environmental concern, or, yes, personal aesthetic, decided to set a path apart. They’re no more snobbish or privileged than anyone with the gumption to make a bold choice in an unconventional direction. Or maybe, they’re people who just like the small joy of cleaning up a cluttered corner or finding the perfect old crate on the curb outside their door. 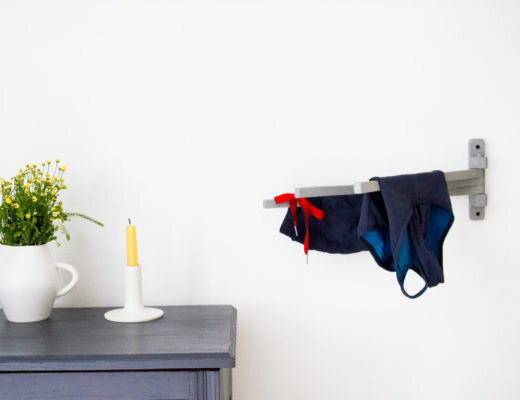 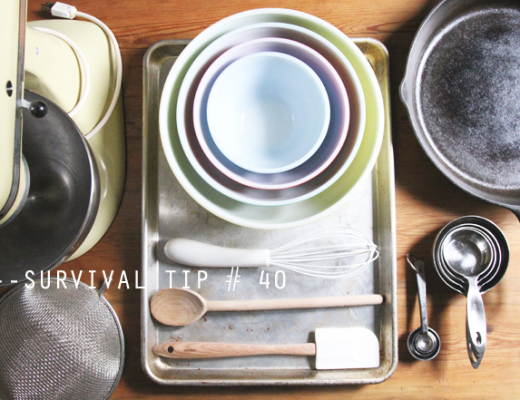 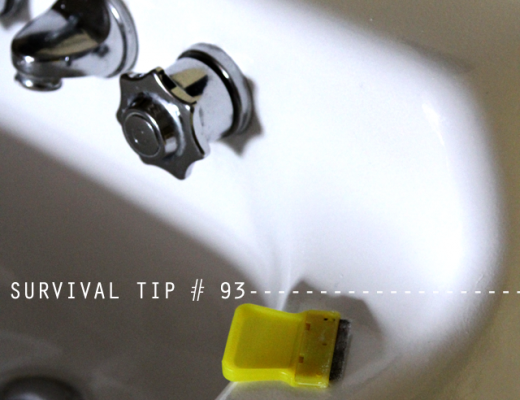