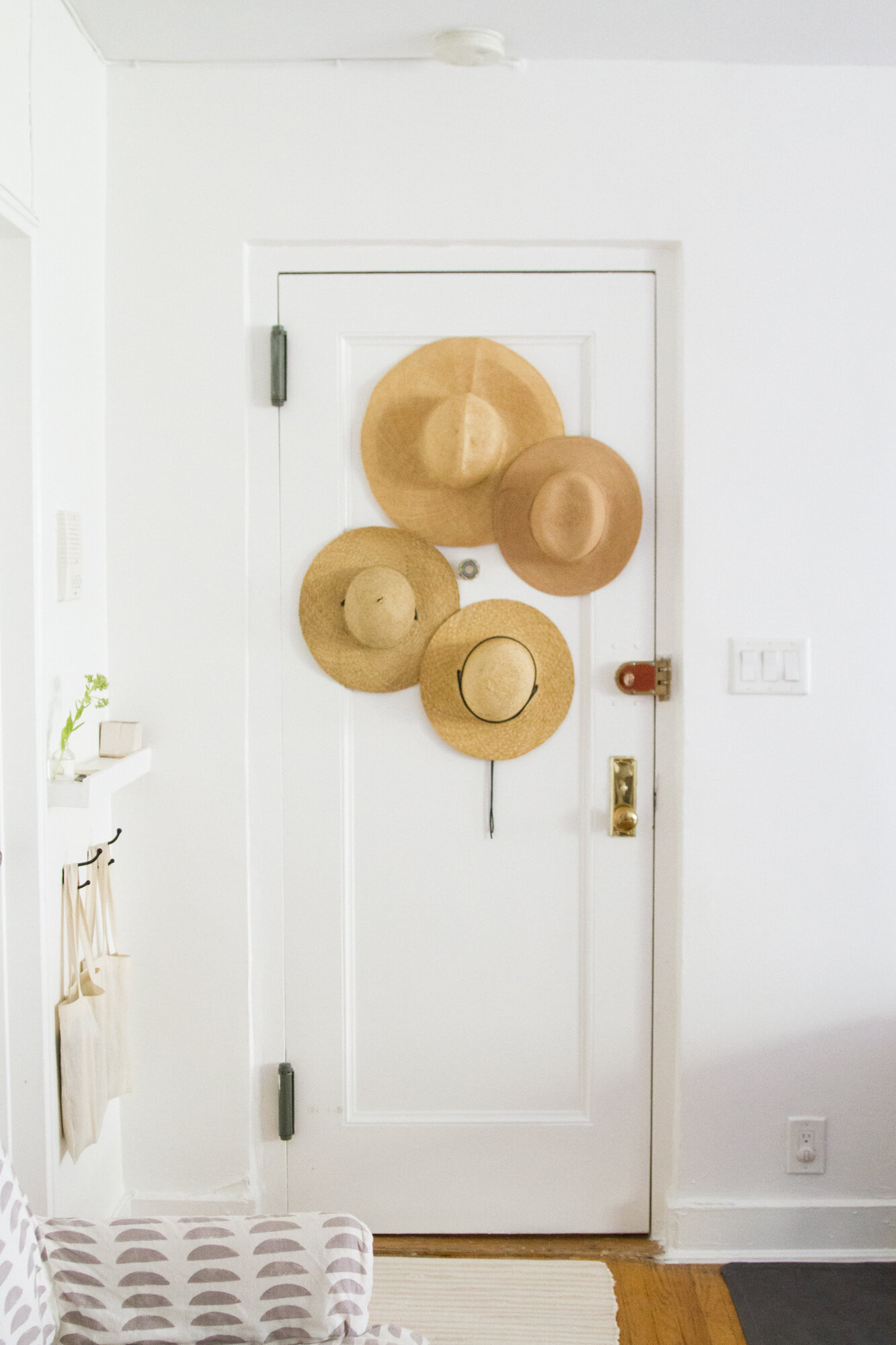 They’re a ubiquitous feature of these old New York City apartments, cables snaking along baseboards and over doorways and tucked into the space where the ceiling meets the wall. Often they’re a vestige of outdated technology—twisted landline telephone cords have been coated with so many layers of paint that they’re hardly recognizable for what they are. (Part of the woodwork, you might say.) Always, they’re a vestige of someone else’s path of least resistance.

For the first few years that we lived in this apartment an extra long cable was tacked along the length of our apartment and over the doorway to the bedroom. It was really two cords, joined together in the middle, and so an ugly coupler was also visible. It was an eyesore, yes, but more than that, it was totally unnecessary. We use the cable to power our internet and hook into our router; we didn’t need it to be an apartment’s length away from its source by the front door. 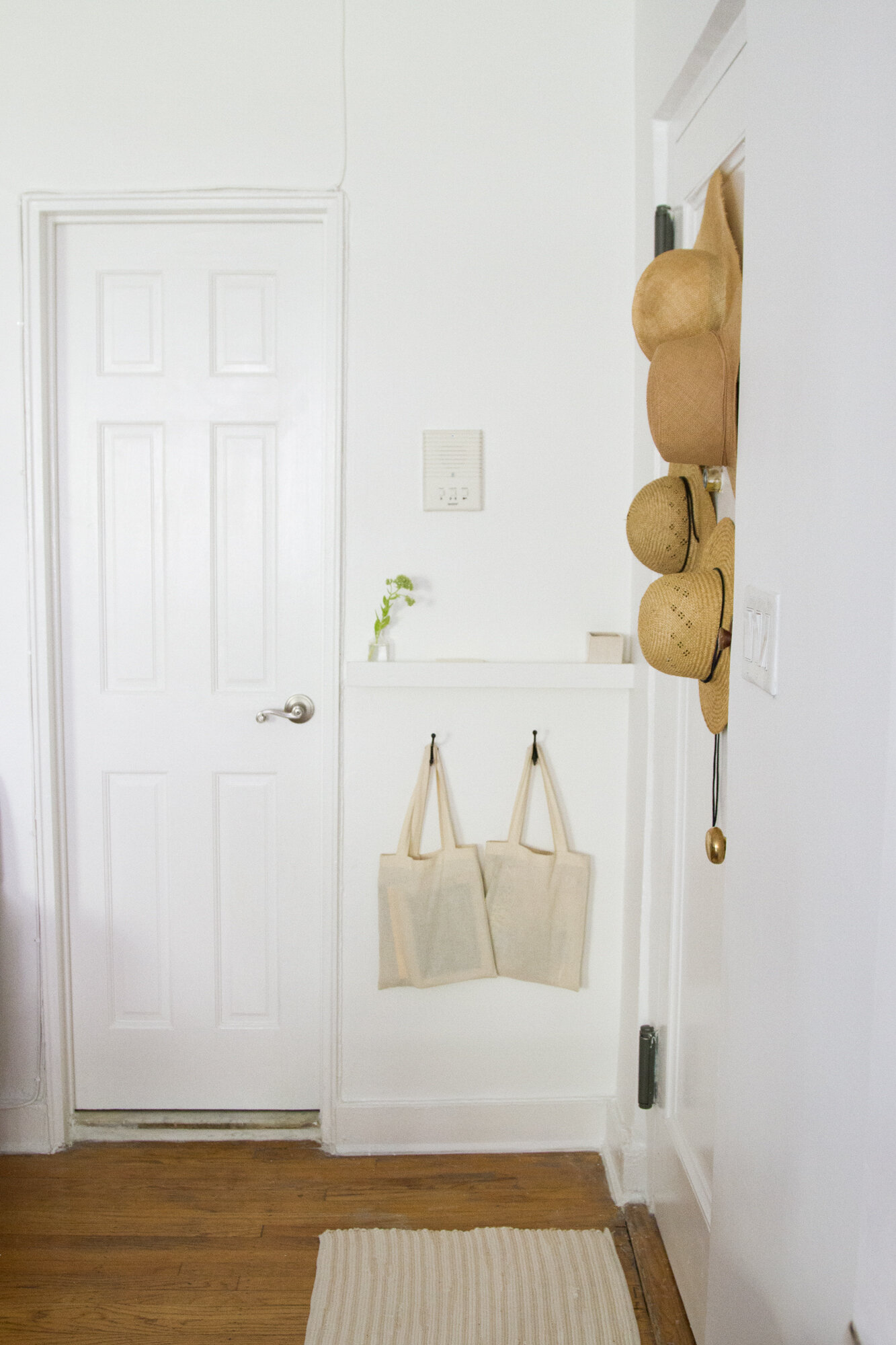 Still, we lived with it, accepting it as one of the many things that we would have done differently if we owned the place, but we don’t and so, oh well. It’s easy to fall into a bit of complacency when renting an apartment; to sigh an Eeyore-ish “why bother” and move on to worrying about more important things, like how you’re going to pay for your rent. But then, sometimes it’s nice to put an ounce of energy things that are less worrisome and not at all complicated. Moving an exposed cable is as simple as removing the few tacks that hold it in place and rerouting it to a spot that makes better sense. After staring at the ugly cable for three years, one day we realized that of course, we could just move it. And so we did.

The fix isn’t perfect. We didn’t bury the cable in a way that we might if we owned a place. The cable needs another tack over the bathroom door to make it sit flush, but it’s about ten times less noticeable in its new space than its old one. So, here’s a tiny reminder that sometimes thriving in a small space is as simple as making the walls you live in just a fraction more intentional. Sometimes it’s as simple as pulling out a few tacks and putting them back in again, somewhere new.

At this point, the entire family is outfitted with hats from Brookes Boswell.

We hang them on the steel apartment door using magnetic hooks.

Our white shelf is an old picture ledge that we painted ourselves. Here’s a white shelf that’s similar.

Our bags are simple cotton totes from Muji; our black hooks are from Schoolhouse Electric.

Our rug is from Willaby. (The canvas floormat was custom made for us, by friends at Peg & Awl.)

More about our slipcover. 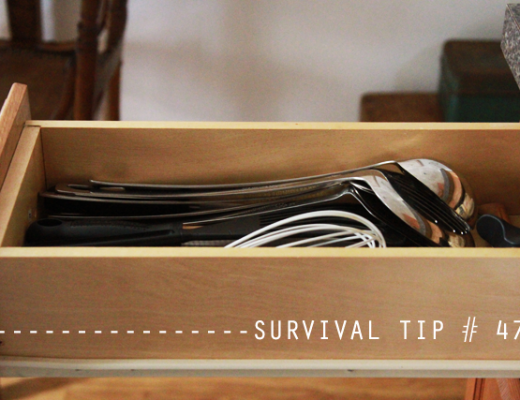 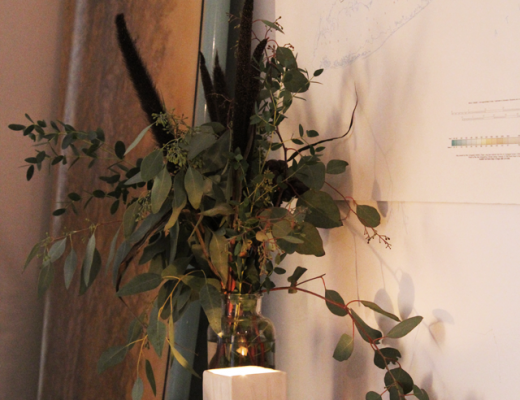 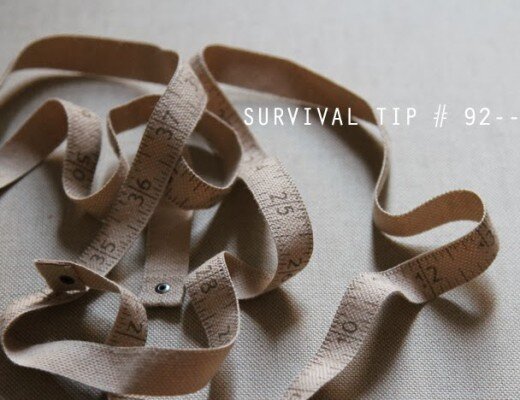