We have a new table in our kitchen. It’s not really a table and it’s decidedly not new, but it’s a surface we’ve recently unearthed and put back to use.

James and I exhumed the old fold-down ironing board together. We chipped carefully at the paint sealing it shut and dropped the board down not because we have plans to make a habit of regular ironing, but because using what’s already here seemed like a nice thing to do and in a kitchen with very little counter space, any useable surface is welcomed. Even better if it’s one that be tucked totally out of sight. This morning, this old drop-down ironing board served as potting bench as I puttered about repotting flowers that I will try to keep alive on a very hot patch of Brooklyn roof this summer.

No surprise, when we first opened the cabinet, we were hit with precisely the kind of pungency you might imagine would emanate from a space that had been closed up for decades, but olfactory affronts notwithstanding, the table and its simple mechanism was in perfect condition. The odor was rectified by a good wipe down with a vinegar soaked rag and a few hours of airing out.

As part of the project we decided to remove the old formica-topped table that had been attached to the cabinet door at some point along the way. The slanty table had its own charm and utility, but making room instead for a cart on wheels and the ability to use the board felt like a wise move, all things considered. We asked our landlord whether he’d like to store the table and he gave us his official Brooklyn blessing: “This stuff is just going get stuck here when I’m dead anyway.” So, we bid it adieu and passed it along to someone who could use it in the here and now.

What about you? New progress or old treasures?

+ Our new rolling cart is from Yamazaki Home (and I recently shared a few thoughts on their blog in case you’d like to see).

+ I finally had a few prints framed and am trying out two in our kitchen. There Is An Alternative was part of a limited edition run made by Alice at Forestbound; Vote For the Planet was a poster designed by Lena Wolff; both were framed for me by Simply Framed using their Gallery Natural frames. 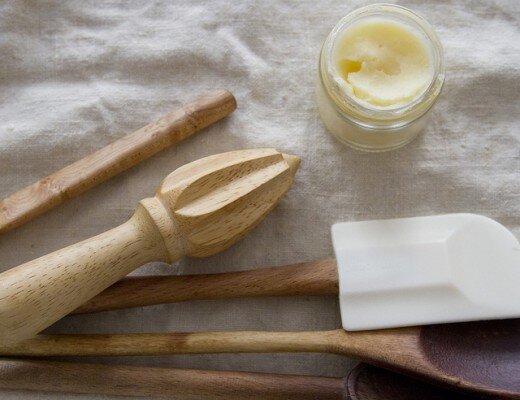 make your own: board butter. 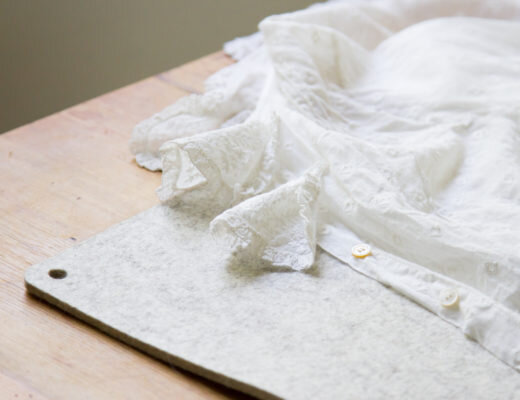 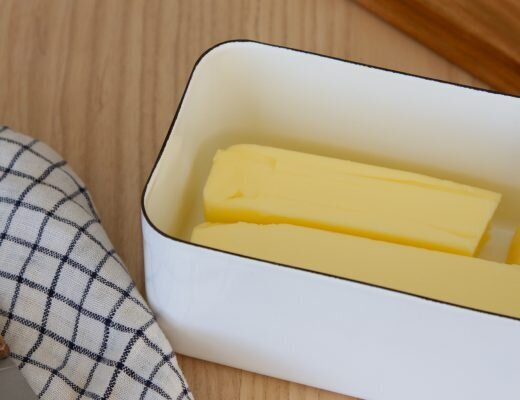