apartment progress: can we skip to the good part?

My dad has been reglazing and painting the twelve-over-twelve windows on my parents’ house on a five year schedule for the past thirty years. He does it for himself, and my mom, and for the nearly three-hundred year-old house I grew up in. He’s never had someone take a camera to the project and it’s a project without an end in sight anyway. Every five years the cycle begins again: front windows, side windows, rear windows…or something to that effect. It’s a private act of stewardship and care that, on some level anyway, offers a bit of satisfaction and sense of accomplishment. It’s maintenance not makeover, and if he didn’t give us regular updates on his progress, the work might go unnoticed altogether.

As I was painting trim in our home office this week it occurred to me for probably the millionth time that the small progress that I was making was also probably not enough to register with anyone who doesn’t live here and certainly not enough to get noticed by anyone looking through the small-screen of the internet:

“Erin, get a grip,” I can imagine people saying. “You have painted your white trim white. Again.”

If you’ve been on the internet in the past six months and have even a vague interest in home improvement—or the algorithm thinks you might—you’ve probably been subjected to a video that pairs the soaring, poppy “ah ha-ha-has” of AJR’s song The Good Part with a before-and-after video of someone’s home improvement project. At this stage I’ve probably seen a thousand of them. With the press of a palm, a smelly (I’m guessing) old garage is turned into a studio replete with built-in custom cabinetry and brass hardware. Brick fireplaces get repointed and plastered and hung with abstract art, windows get replaced wholesale, decrepit kitchens become streamlined visions of efficiency with nary a formica countertop in sight. The videos are addicting and with reason, skipping to the good part of any project, no matter how big or small, is something I’d like to do on the regular and there’s nothing wrong with indulging in a bit of warp-speed project completion eye candy.

But here’s my semi-regular reminder that the good part isn’t always a dramatic reveal. (And off-screen, sometimes the dramatic reveal is not so good at all.) The vast majority of my work happens slowly, with a brush-in-hand and a butt-in-chair that’s at odds with the algorithm’s thirst for drama. The expectations we have of online content creators, and by extension ourselves, don’t give us room to celebrate the little wins, the small improvements, the comfort that one tiny change can bring. Progress doesn’t have to happen all at once, indeed, it never does.

So, at the risk of repeating myself, on this mercifully sunshine-y February day, I’m writing from my newly arranged home office with trim freshly painted in a different shade of white and the desk moved 18-inches to the East. From the other side of the screen, you might not catch the differences at all, but inside these four walls, they’re as clear as day. I’m already feeling like I’m at the good part. A good part, anyway, one of many, in a work in progress.

PS. Here’s my take on the aha-ha-has. 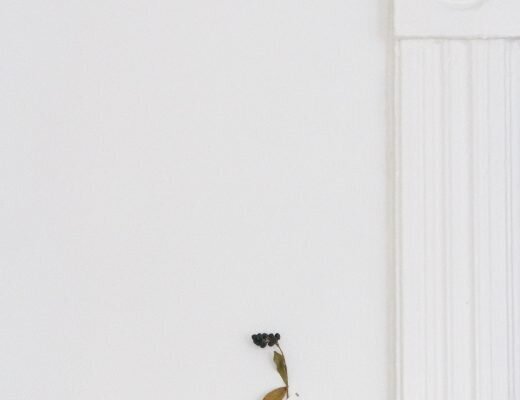 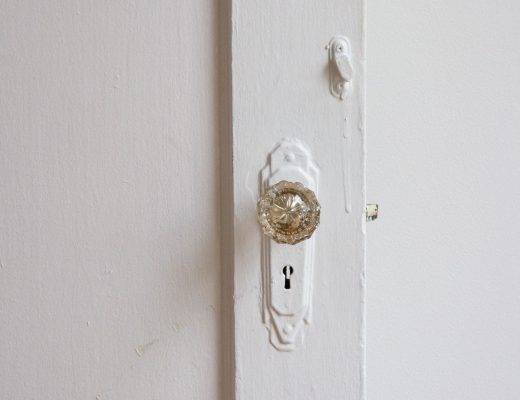 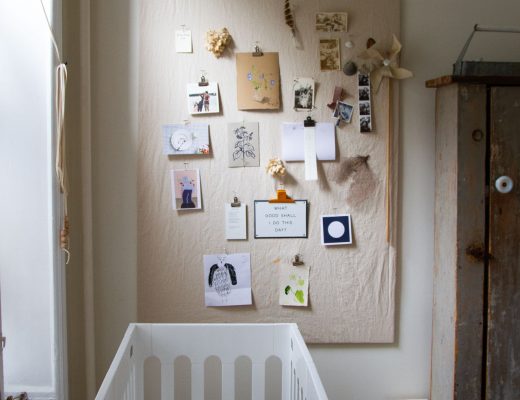 apartment progress: a home office and then some.