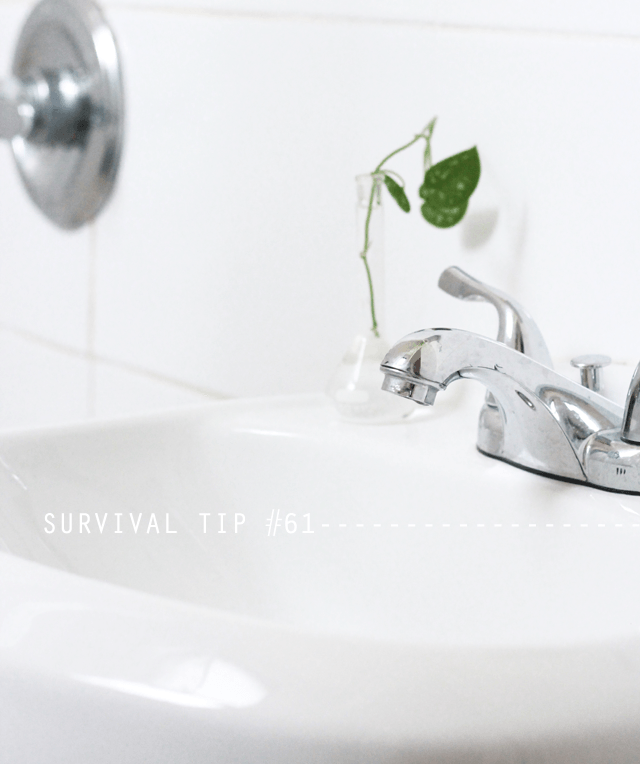 Tip #61: It doesn’t matter how tiny your apartment is, if you share it with someone, divvy up the housework.

Without going into all the mushy details about how we met on a tiny island off the coast of Georgia, and how James has seriously the bluest eyes of anyone I’ll ever know, and how three months after we met I moved to France and he moved to Utah and somehow the stars aligned and here we are 6 years later and 8 months married and on our way to happily-ever-after, let me just say that I feel pretty darn good about my choice in life partner.

James and I moved into an apartment together when I was just four days past my 23rd birthday. It took us three days after that to have our first fight about cleaning.

I could write an entire book on this subject, but recognizing that this is a blog and not a book and that maybe you are reading this surreptitiously while at work and would really just like me to get to the point already, I’ll try to be brief:

Just because you live in a tiny apartment, it doesn’t mean the housework that needs doing is also tiny.
There’s still (likely) a toilet and a tub that need scrubbing, two sinks that need scouring, a kitchen trash can that needs emptying and a bed that needs changing, not to mention everything else. Even though the square footage that needs to vacuumed is small, the sum total of things that need cleaning isn’t.

And just because you live in a tiny apartment, it doesn’t mean that the cleaning should be the responsibility of one person. Maybe there are folks who have a happy arrangement wherein housework is solidly one person’s domain and all other drudgery is someone else’s, but in my humble opinion the single most important thing you can do in the name of keeping the peace, love, feminism, and all that is holy, is to embark on housework as a joint effort.

It’s taken us six years to get it right, but James and I are pretty good about keeping things evenly divided. I might still get annoyed that James “doesn’t notice” when the tub is dirty, and he might still get annoyed when I can’t take out the trash because “I already took off my shoes,” but we’re not going for perfection here, just peace.

ps. I have a little tutorial on making an all-natural glass cleaner over on Gardenista. I think you’ll like it!
pps. There are still two days to enter yesterday’s giveaway! 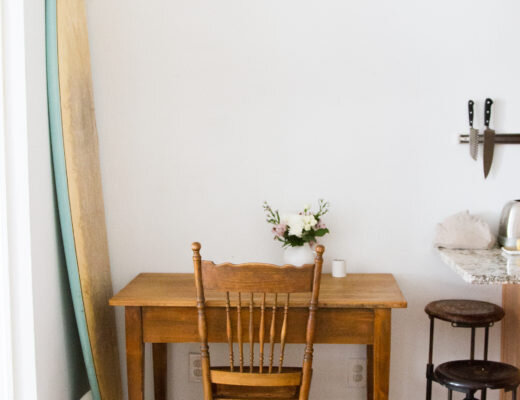 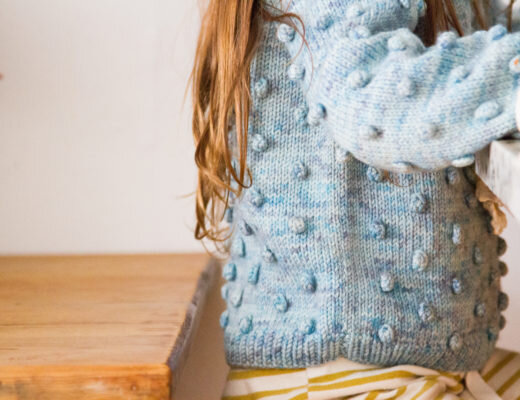