Adding a bit of caulk between drywall and baseboards and on the moldings around window frames isn’t first on the list of projects that renters might typically tackle, but then, it’s not always first on the list of things that landlords tackle and for the people living in a place, a bit of caulk can go a long way. Whoever you are, sealing up cracks and crevices is a small act of stewardship and care that leaves a smoother surface for painting, a bit of visual peace, and a way to keep creepy crawlers and dust at bay. More than being the stuff used to create watertight seals around tubs and sinks, caulk is used to make seamless, paintable surfaces all over a home—over nail holes, around window molding, and along gaps between walls and baseboards. With a bit of caulk, these surfaces become smooth and solid and look like they were always that way, which is the point.

I wasn’t born a caulk enthusiast, but in the summer of 2006 when James and I first met, I was working as a historic preservation intern in southern Georgia. In the swampy heat of the Georgia summer, I worked alongside other eager young folks interested in learning how to preserve bits of architectural heritage, which is to say we scraped a lot of paint and caulked around a lot of molding, and logged many hours behind itchy respirator masks. My first assignment was standing at the top of a 15-foot ladder and carefully caulking around 1-inch dentil moulding. I didn’t dare mention I was terrified of heights and that summer I quickly got very well acquainted with the magic of caulk.

A few years later, when James and I rented a creaky old apartment in Providence, Rhode Island, one of the first projects I tackled was to caulk the bay window that hung over our street. Our apartment had spent decades as host to a rotating cast of college students and it suffered more than a little from a lack of upkeep. Caulking around the bay window made a huge difference, not only visually, but also in terms of weatherproofing and sound proofing. (It wasn’t enough to totally drown out the neighbor’s 2:00 AM serenades, but at least we no longer felt like we were in the room with him and his.)

When we moved into this apartment, there were crevices in between molding joints, above windows, and in the corners of baseboards. Most recently, I caulked around the window molding in our kids’ room. When I removed the old blinds and put up the new shades, I found gaps in the molding that had been previously hidden by blind hardware and the crisp new shades drew my eyes to the dark, uneven line of space between the ceiling trim and the window moulding. I was able to spend a tiny bit of time with a tube of caulk and see the gaps disappear.

For the uninitiated, caulk is inexpensive and relatively easy to work with if you follow the guidelines on the back of the tube. Where to use caulk? In any small crack or crevice that needs sealing up.

The basic steps are:

1. Squeeze a line of caulk along a gap.

2. Press the caulk into the gap with your finger.

3. Wipe down the surface with a slightly damp sponge.

As a renter in a small apartment, I don’t own a caulk gun, and so I’ve often relied a small tube of the stuff I can squeeze by hand and find readily at the local hardware store. Admittedly though, after my last bout of caulking, I’ve decided to swear off the stinky stuff forever. If you have a caulk gun or can borrow one, eco-friendlier low-VOC options like AFM SafeCoat are worth the effort to track down.

Beyond the caulk, all I use need is a moist sponge or rag my fingers. (I use dishwashing gloves for larger projects to protect my hands.)

Keep in mind that caulk is not the product for yawning gaps or large spaces, but in small crooks and crevices a line of caulk could be just the trick. 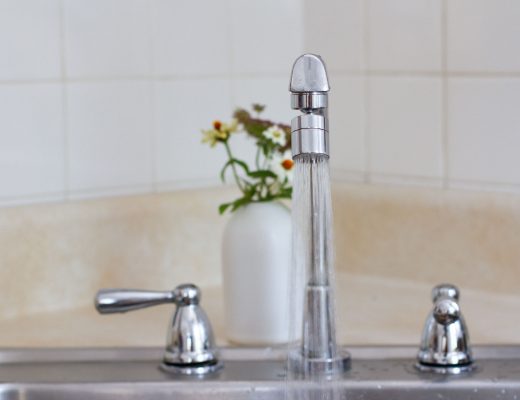 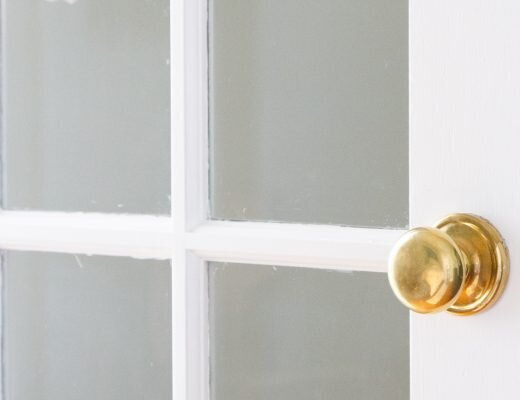 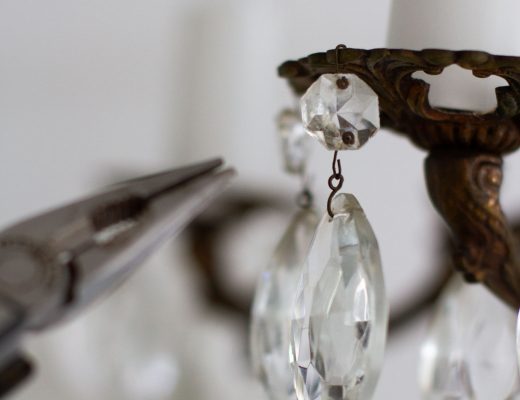